🇲🇲 Myanmar Post will issue a single very colourful stamp on 9 October 2019 to commemorate World Post Day as well as the 145th anniversary of the Universal Postal Union (UPU). This is a very eye-catching design. Rating:- *****. 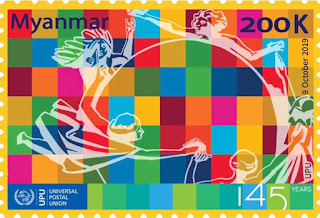 🇲🇾 Pos Malaysia will issue 2 stamps on 9 October 2019 to commemorate the 50th World Post Day. I like this appealing pair of designs with classically red post boxes with exotic scenes in the background. Rating:- ****. 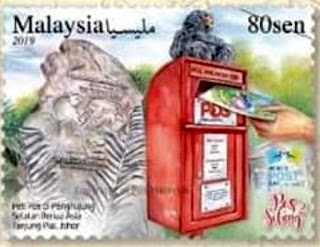 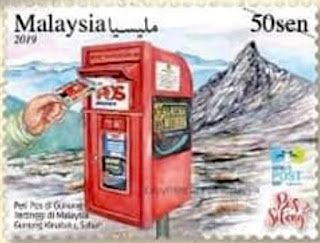 🇱🇰 Sri Lanka Post issued a single stamp on 6 October 2019 to commemorate the International Year of the Periodic Table of Chemical Elements which marks the 150th anniversary of Dmitri Medeleev’s introduction of the periodic table.  Rating:- ***. 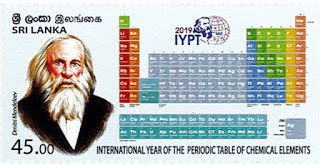 In Blog 1511 I mentioned 6 stamps issued by Sri Lanka Post on 5 October 2019 which depict local wildlife and released on th first day of the National Stamp exhibition. The stamps were accompanied by 6 single stamp miniature sheets, each one containing one of the stamps issued in ordinary sheets. The issue in fact is on the subject of Wasgamuwa National Park. Rating:- *****. 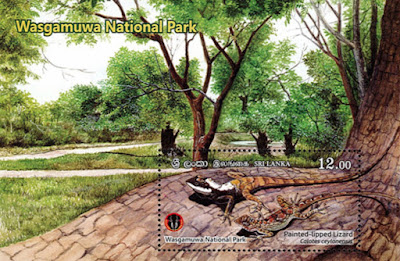 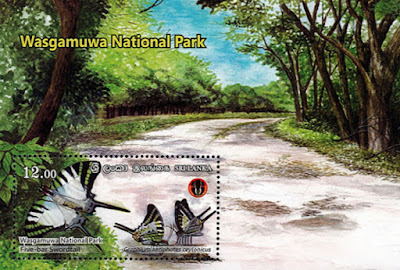 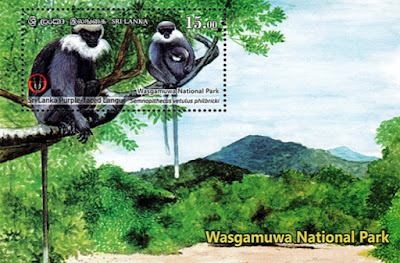 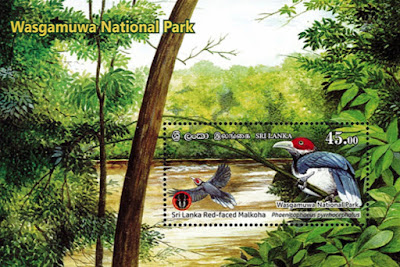 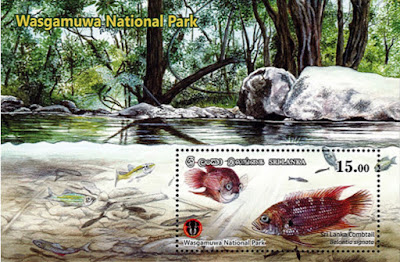 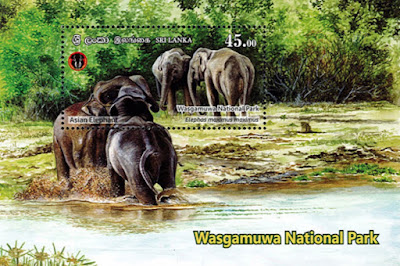 The miniature sheet issued by Sri Lanka Post to commemorate the 150th anniversary of the Birth of Mahatma Gandhi was also reissued on 5 October 2019 with an additional inscription reading ‘National Stamp Exhibition 2019’ applied to it. Rating:- ***. 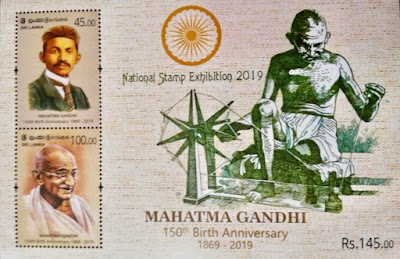