1527. 🇬🇧 Bicentenary Of The Discovery Of Antarctica. 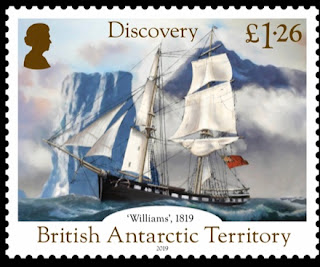 🇬🇧 During November 2019 the postal service of British Antarctic Territory will release a set of 3 stamps to commemorate the Bicentenary of the Discovery of Antarctica which occurred when the British master mariner William Smith sighted the South Shetland Islands on 19 February 1819. He was on board the ship ‘Williams’ but his discovery was met with general disbelief and so he returned to the South Shetlands on 16 October 1819 and made the first recorded landing on Antarctic territory.
A truly notable and significant anniversary commemorated by three excellent stamps from Creative Direction/Pobjoy Stamps.
The issue was designed by Bee Design and lithographed by Cartor and perforated 13.5. Rating:- *****.
Thanks to Juliet Warner of Pobjoy Stamps for information about this issue. 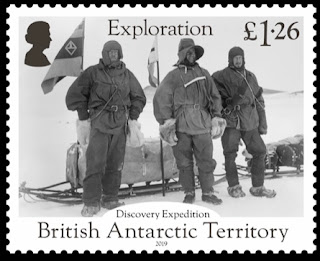 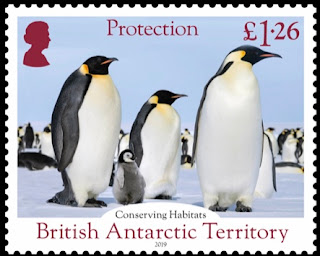 🇲🇹 MaltaPost issued a pair of stamps on 14 October 2019 as a joint issue with Romania Post with a theme of ‘Palaces’. The designs by Sean Cini feature the Verdala Palace in Malta and the Mogosoaia Palace, situated 15kms from Bucharest, in Romania. The issue was lithographed by Printex and is perforated 14. 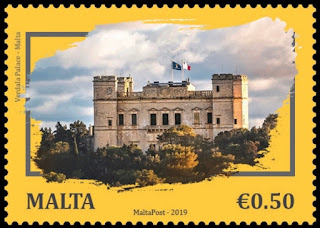 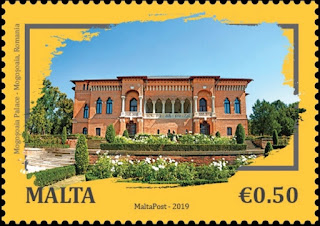