1526. 🇿🇼 Mugabe DID Appear On A Zimbabwe Stamp.

🇿🇼 The recent death of the deposed nonagenarian former dictator of Zimbabwe, Robert Mugabe, has caused me to keep an eye open for any upcoming stamps from ZimPost which may commemorate the passing of this notorious man who may also be viewed as the founding father of his nation. So far I have not seen news of any such issue. But I was reminded of a previous stamp which depicted him. On more than one occasion I have said that Mugabe had never appeared on a postage stamp hence showing a remarkable degree of self-restraint not usually witnessed in tyrants such as he was.
But in fact I had forgotten that Mugabe did indeed make a philatelic appearance on a stamp issued in 1990 which was part of a set titled ‘A Decade of Achievements’ which commemorates the 10th anniversary of Zimbabwe’s achievement of Independence. The stamp depicts Mugabe at the left holding his arm up with Joshua Nkomo who eventually became Zimbabwe’s Vice-President.
I expect that the Zimbabwe postal service will commemorate the country’s first President and that, after very many years, this will not be the only stamp to depict Mugabe’s image. 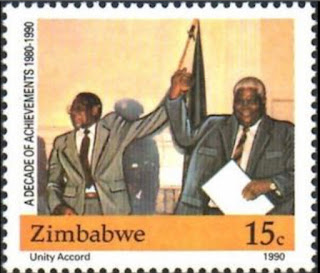 🇮🇳 India Post issued a single stamp on 6 October 2019 to commemorate the Centenary of the Odiya daily newspaper Samaja which was founded by the freedom fighter and nationalist Utkalamani   Pandit Gopabandhu Das who is depicted on the stamp. Rating:- **. 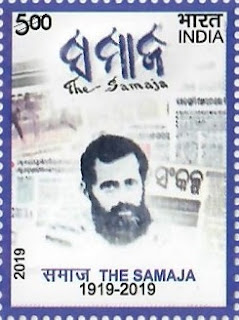 🇬🇧 In addition to the 8 stamps featured in Blog 1524 which make up the 2019 Royal Mail Christmas set other items which are part of the issue include a miniature sheet containing all 8 stamps and a ‘Generic sheet’ containing 20 stamps with attached labels (cost £18.40p) 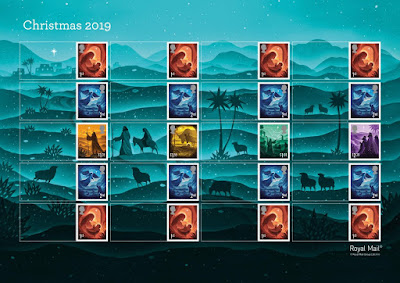 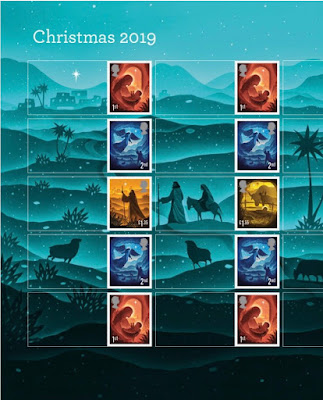 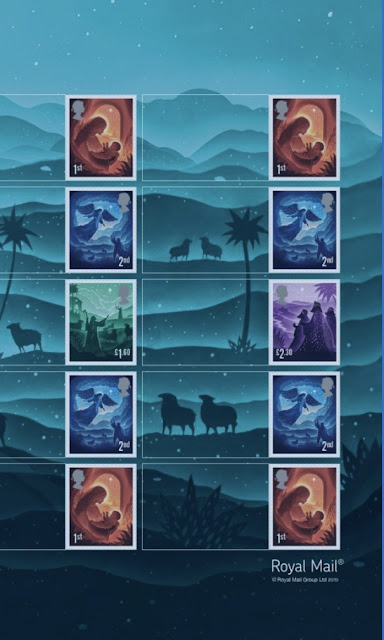 The Postal Museum in London will have a second Post and Go kiosk in operation from 29 October 2019 and it will dispense Machin Head 1st Class stamps and the Post Office Underground Railway both with the additional inscription ‘Mail Rail’.

🇱🇰 Sri Lanka Post issued a single stamp on 8 October 2019 to commemorate Soilis Mendis (1897 - 1975) who was a Sri Lankan artist known for his Buddhist temple paintings executed in a new-classical style. Rating:- ***. 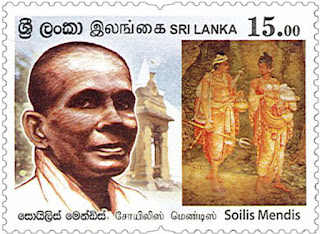 Sri Lanka also issued a single stamp 9 October 2019 on World Post Day which commemorated the 145th anniversary of the Universal Postal Union (UPU). The design is similar to that used by a number countries around the world including that released by the Myanmar postal service. Rating:- ***. 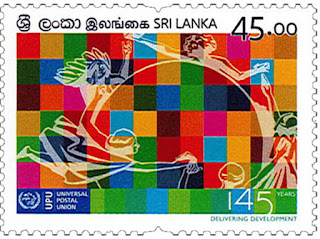 The list of Commonwealth postal services which have not yet issued stamps during 2019 has shortened considerably. The following remain on the list:-

Meaning that just 15 postal services are left without any new stamp issues in 2019 and just under 3 months are left for them to make their mark on the 2019 Commonwealth Philatelic scene.
Posted by White Knight at 15:03