🇬🇮 Royal Gibraltar Post Office will issue a set of 6 stamps and 1 miniature sheet on 2 November 2019 as its Christmas commemoration. It’s a fact that so many thousands of Christmas stamps have been issued over the years that very few new Christmas stamps can add anything to the theme and most designs are bound to be dull and lacking in novelty. Such is the case with this Gibraltar issue which is quite acceptable but nothing to write home about. The theme is Christmas carols and the issue was designed by Stephen Perera (as usual) and lithographed by Cartor. Rating:- **. 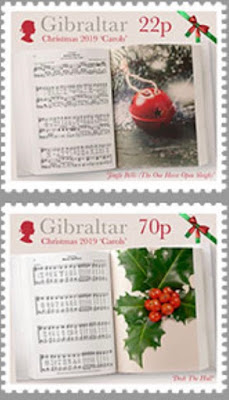 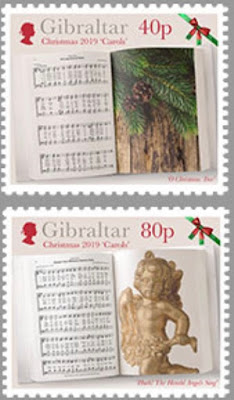 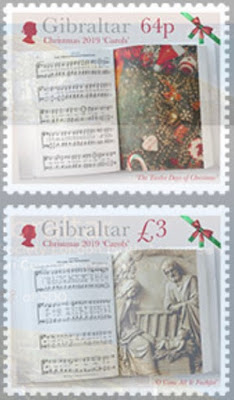 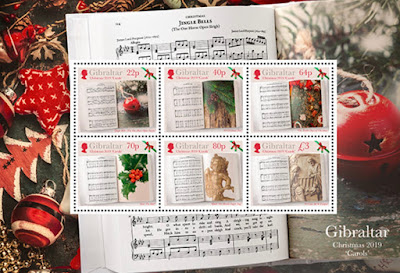 🇬🇧 IAR Post And Go has revealed a sudden burst of activity of issuing new varieties of Royal Mail Post and Go stamps.

New inscriptions will be used on stamps dispensed from kiosk A003 at the Fleet Air Arm Museum in Yeovilton to commemorate the 50th anniversary of Concorde (Concorde 002 is an exhibit at the museum) so that the Union Jack stamp will be inscribed additionally ‘Concorde 50 Years’ and the Machin Head stamp will be similarly inscribed but also have an additional Concorde logo.

🇧🇩 The postal service of Bangladesh issued a single stamp on 31 October 2019 to commemorate Md Hanifuddin Miah (1929-2007) who was the first computer programmer in Bangladesh which I think is a notable claim to fame which makes him very worthy of being featured on one of that country’s postage stamps. I wonder who it is who could claim to have been the first computer programmer in Britain. Rating:- ****. 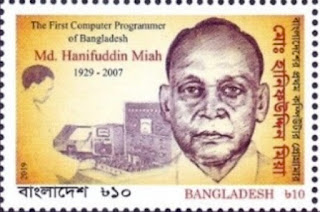