🇸🇬 Singapore Post will issue a delightful new low value definitive series on 22 November 2019 which features various types of goldfish. This admirable issue was designed by Weng Ziyan and lithographed by Southern Colour Print and perforated 13 x 13.5. The issue is made up of 9 gummed stamps and 2 self-adhesive stamps (both sold in booklets of 10). I think that this is an excellent issue. Rating:- ****** (yes, six stars). 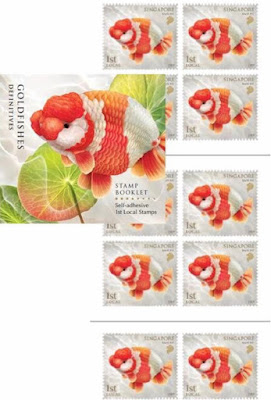 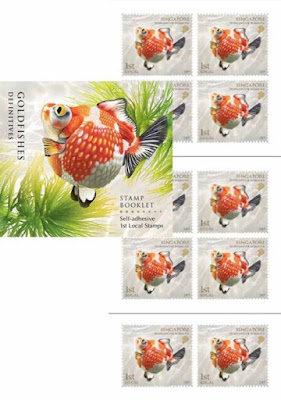 🇲🇾 On 13 November 2019 Pos Malaysia issued a pack containing, among other items, 3 sheetlets with a total of 11 stamps including a holographic stamp to commemorate the 80th anniversary of the US comic book character, Batman. There is a miniature sheet containing 3 different stamps which depict various artists’ interpretations of the character over the years.
It is likely that the Batman comic has even fewer connections with Malaysia than the Marvel Comics characters do with the United Kingdom (Royal Mail ofcourse issued a lavish stamp issue earlier this year on the subject of the 80th anniversary of Marvel Comics and will issue in a few days time another lavish and mildly relevant issue to commemorate the release over yet another Star Wars movie). Rating:- 0. 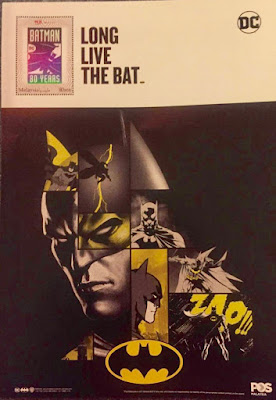 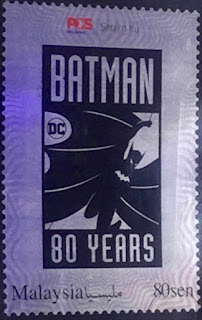 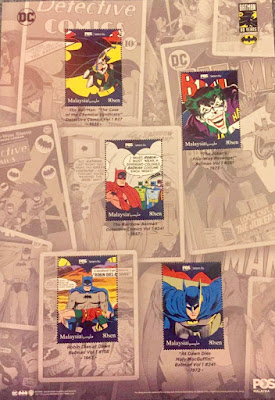 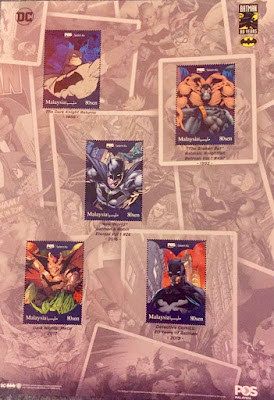 🇲🇺🇮🇴🇫🇷 Mauritius has used postage stamps to stake its claim of sovereignty over what is currently known as the British Indian Ocean Territory - the Chagos Archipelago including Aldabra on which is situated a vast and important US Air Force base - over the past 2 years. A recent issue of 2 stamps and 1 miniature sheet (see Blog 1544) highlighted the International Court’s recognition of the Mauritius claim to the Chagos.
But Mauritius also claims the island of Tromelin, a part of the French Southern And Antarctic Territories, and included a stamp featuring a map of the island in its set of 2017 which included demonstrating its claim to BIOT. Recently, I notice, La Poste, the postal service of France, has struck back with the issue of a single stamp featuring Tromelin and a postal document which mentions French claims going back to the 18th century and France’s renewed interest in the island during the 1940s with its establishment of a weather station there which, although ceasing to be manned in 2010, is still visited by French scientists.
Although outside the scope of a collection of Commonwealth stamps this issue featuring Tromelin is an interesting example of how stamps are still relevant today as a form of national propaganda especially as a means of demonstrating claims of sovereignty to the rest of the world. 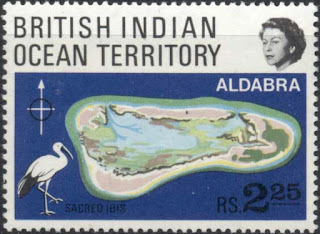 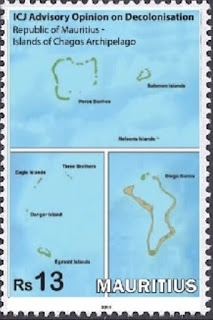 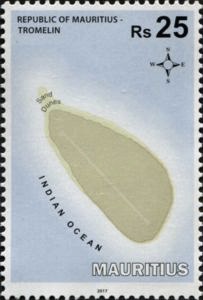 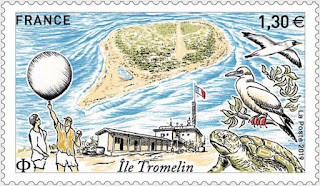 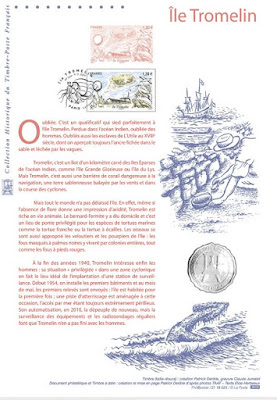