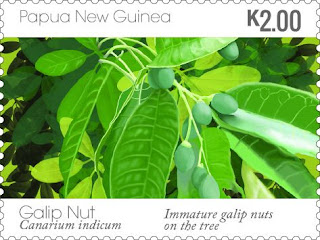 🇵🇬 A set of 4 stamps and 2 miniature sheets was issued by the postal service of Papua New Guinea on 1 October 2019 on the subject of Galip nuts which have played an important role in the diet of the people of Melanesia for thousands of years. The nuts grow on Galip trees which grow wild in lowland tropical forests in the area.
The issue was designed by Yang Yansom from illustrations by Billy Telek and was lithographed by Southern Colour Print. Unfortunately the miniature sheets have a rather high face value. Rating:- ****. 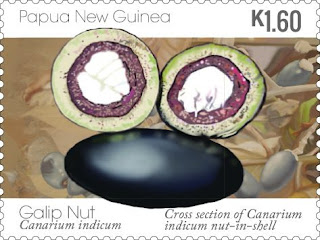 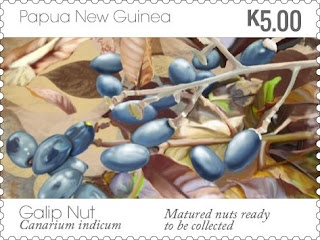 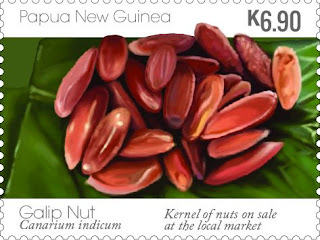 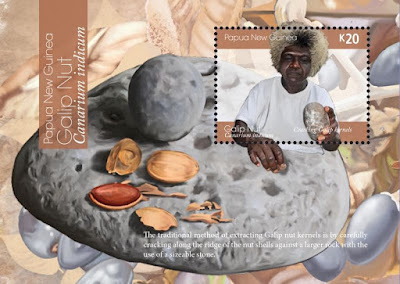 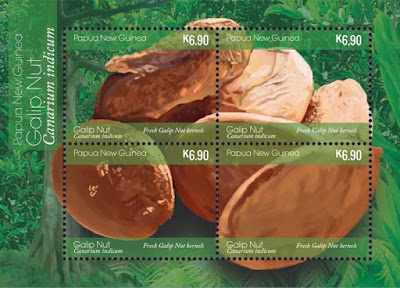 🇲🇺 A couple of items from the post office of Mauritius have so far escaped my attention. The first is a miniature sheet which appears to have been issued alongside the 2 stamps released on 23 August 2019 to note the recognition by The International Court Of Justice of Mauritius’ claim to sovereignty over the Chagos Islands which in reality make up the British Indian Ocean Territory. An interesting item. Rating:- ****. 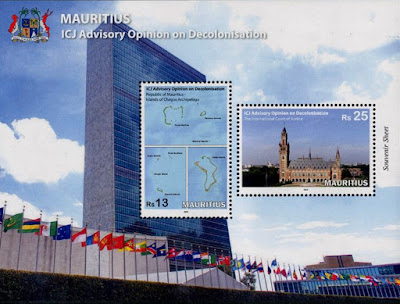 I suspect that the second item was issued on 3 October 2019. It is a single stamp but I have seen no publicity for it yet. The issue commemorates the opening of the first phase of the Mauritius Metro Express which is a light rail project running 13km from Immigration Square to Rose Hill. The second phase from Rose Hill to Curepipe will be opened in 2021. The inauguration ceremony was carried out by the Mauritian prime minister, Pravind Kumar Jugnauth, on 3 October 2019 which is why I assume that the stamp was issued on that date. Rating:- *****. 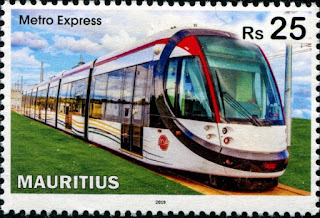 🇳🇬 The stamp and miniature sheet issued on 2 October 2019 by the postal service of Nigeria to commemorate the 150th Birth anniversary of Mahatma Gandhi which I mentioned previously in Blog 1534 make an odd couple. Now that I am in possession of the ordinary stamp used on first day cover and the item termed a ‘miniature sheet’ I can see that the stamp is fairly normal with the usual poor printing quality that is to be expected with stamps from Nigeria but it is perforated.
The ‘miniature sheet’ on the other hand is very abnormal including as it does a very large version of the single stamp which is imperforate and printed on thick glossy paper without any gum and looking more like a flyer advertising the issue than a postally valid stamp. In this respect the miniature sheet resembles that issued previously on 13 December 2018 to commemorate the 60th anniversary of the establishment of the River State which is so large that it is impossible to fit it on to a normal stamp album page (see Blog 1352). 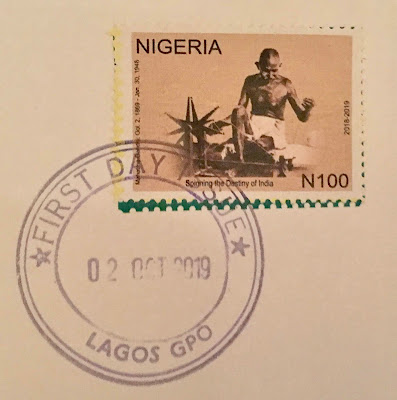 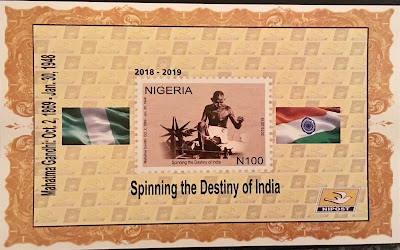