🇬🇧 I have now had chance to drop in to the gift shop of the Shakespeare Birthplace Trust in Stratford upon Avon and purchased the new varieties of the Royal Mail Post and Go stamps dispensed by kiosk A009 which were reported in Blog 1539. The issue is made up of a strip the 6 ‘Symbolic flowers’ stamps and the ‘Machin Head’ 1st Class stamp which, by now, are excruciatingly familiar to everyone. The first day of issue was 4 November 2019.
For no obvious reason other than to boost sales to stamp collectors the Flowers stamps have had the inscription ‘Shakespeare 1564’ added to them and the Machin Head stamp now has the added inscription ‘Shakespeare 1616’. These are the years of the birth and death of Shakespeare. There seems to be no reason whatsoever to apply the inscriptions at this time of the year though it would be more understandable if the inscriptions were used around the 23 April which may or may not be the anniversary date of both Shakespeare’s birth and death.
I have visited this particular kiosk many times since it was installed and I have never once seen a real tourist buy a single stamp from it and usually the gift shop is full of tourists looking for souvenirs of their visit to Stratford. The kiosk is stuck up a corner of the shop and it isn’t really obvious what it’s there for and there are no notices in the shop telling people to buy stamps for their postcards from it. Perhaps people just don’t send postcards anymore.
The codes on my stamps are MA17 (Flowers) and MA14 (Machin Head). Rating:- 0. 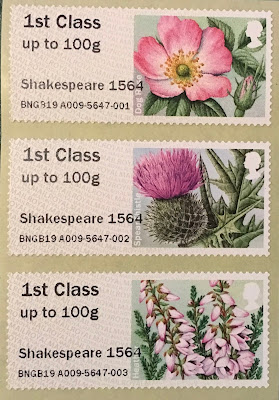 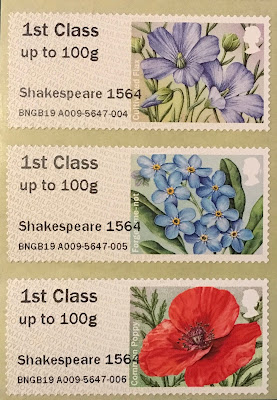 🇸🇭 The postal service of Ascension Island will reissue its 6 ‘Green Turtles’ postcard rate stamps on 12 December 2019 in slightly altered form and with a ‘2019’ imprint. The issue was designed by Bee Design using photographs by Sam Weber, Glenn Yon and Johnny Hobson and lithographed by Cartor and perforated 13.5. Rating:- ***.
Thanks to Juliet Warner of Pobjoy Stamps for information about this issue. 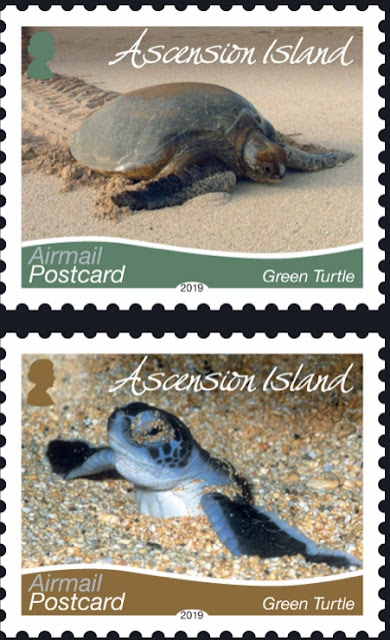 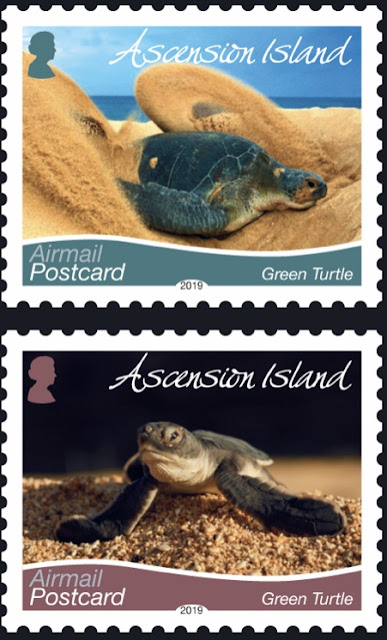 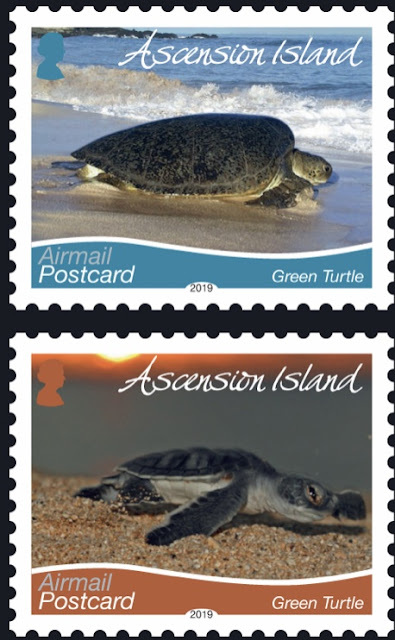 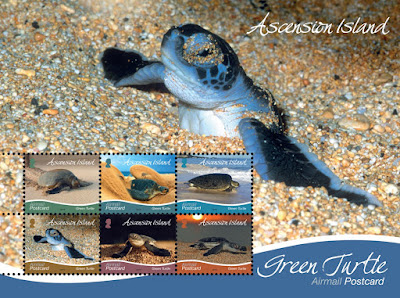 🇬🇭 Three years after it was first issued, I have finally found illustrations of unused examples of the 2016 Election stamps released by the Ghana postal administration. The stamps are being offered for sale by an Internet auction site dealer which is the first time I have seen this set being sold by anyone. Rating:- *****. 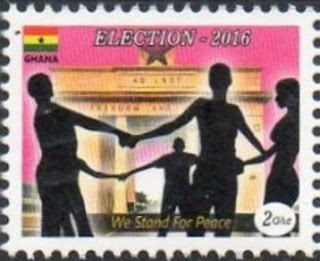 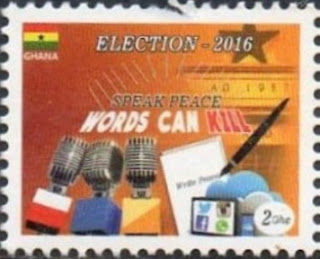 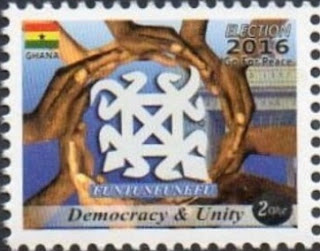 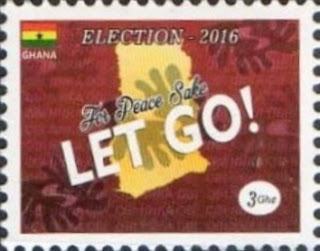 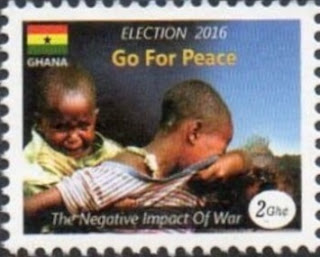