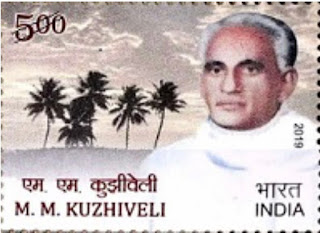 🇳🇿 New Zealand Post issued a large miniature sheet containing 6 different stamps on 22 November 2019 to commemorate the royal visit of The Prince of Wales and The Duchess of Cornwall to New Zealand. It’s good to see the Prince’s visits getting some philatelic recognition and to see The Duchess being featured on stamps after so many stamps issued over the last few years which depict the younger members of the royal family. The item was designed by Hannah Fortune and lithographed by the Collectables and Solutions Centre in Whanganui and perforated 14.5.
I just wish that these sheets were slightly smaller so that they could be fitted on to an ordinary album page. Rating:- ***.
The quality of the illustrations below is rather poor but it’s the best I can do at the moment. 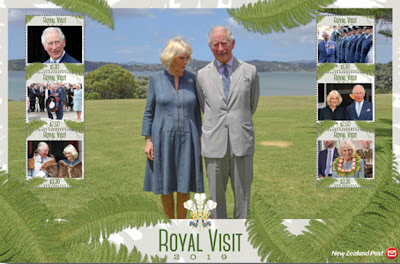 🇭🇰 Hong Kong Post will issue 8 gummed stamps and 8 self-adhesive stamps with the same designs from coils and 1 miniature sheet on 5 December 2019 featuring the locally popular cartoon character known as Old Master Q. The characters are drawn very much in the style of the old Beano and Dandy British comics. They offer an interesting insight into a part of Hong Kong culture not usually considered worth depicting on stamps. The comic which was created by Alfonso Wong first appeared in Hong Kong newspapers in 1962. Rating:- ***. 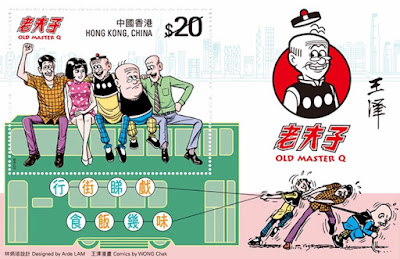 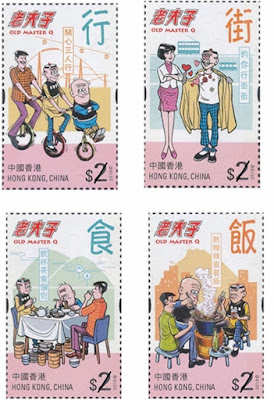 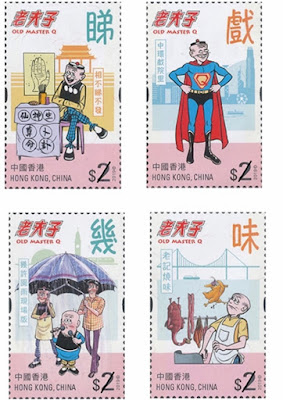 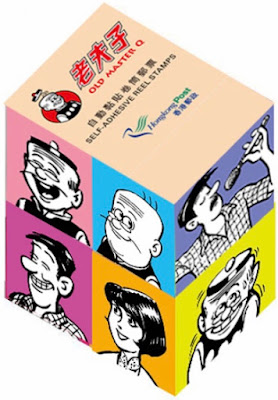