1546. 🇬🇮 Another Joint Issue From Gibraltar Plus Belated Year Of Pig Post And Go Stamps. 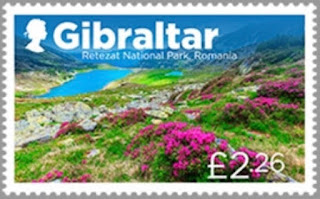 🇬🇮 The Royal Gibraltar Post Office is having a flurry of joint issues with other postal administrations (see Blog 1543) and on 12 November 2019 a pair of stamps was released as part of a joint issue with Romania. The subject of the issue is Nature reserves and National Parks. The attractive issue was designed by Romfilatelia and Icarus and the stamps were designed by BPost Security Printing.  Just yet another issue to try to relieve collectors of their money. Rating:- *. 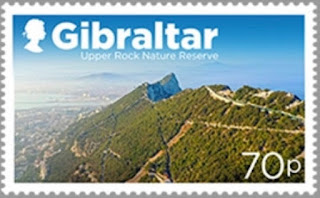 Just as Year of The Rat stamps are starting appear, the Gibraltar postal service has decided to issue Post and Go stamps for the Year of The Pig which will soon be over. The designs are those used for the ordinary Chinese New Year stamps released at the beginning of 2019. The issue was designed by Stephen Perera from illustrations by cBajena and siewhoong at istockphoto.com and lithographed by Walsall Security Printers. The date of issue was 13 November 2019. Rating:- 0. 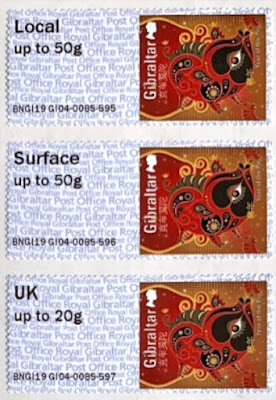 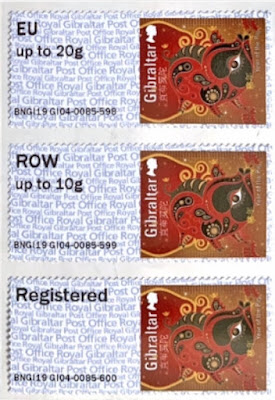 🇲🇹 MaltaPost will issue a se-tenant strip of 5 different stamps on 22 November 2019 on the subject of Apiculture in Malta. The issue was designed from photographs by Abner Joe Buttigieg and Paul Portelli and lithographed by Printex and perforated 14.  These are not the greatest insect photographs I’ve ever see. Rating:- ***. 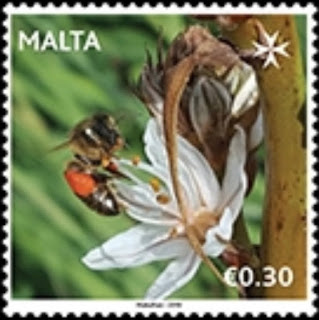 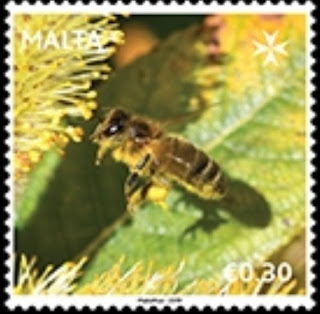 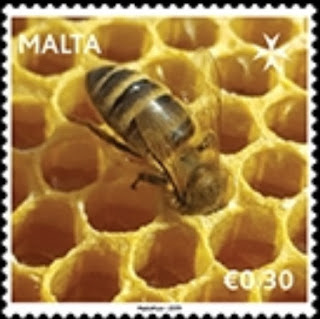 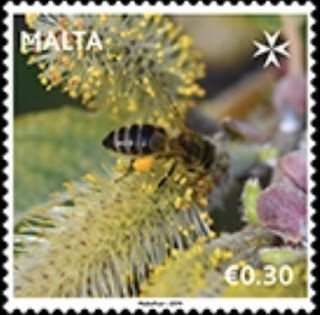 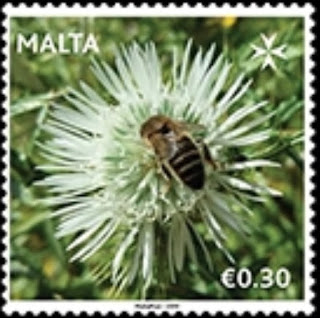 🇸🇭 The postal service of Ascension Island will issue 4 stamps on 6 December 2019 to commemorate the 50th anniversary of the first manned lunar landing. This is a relevant issue for this little island which was home to a US tracking station from 1965 to 1989. The issue was designed by Bee Design from photographs by NASA and lithographed by Cartor and perforated 13.5. Rating:- ****.