🇸🇭 The postal service of Tristan Da Cunha will issue a set of  4 lovely stamps on 19 November 2019 on the subject of Vagrant species as the first part of an ongoing series. The stamps were designed by Andrew Robinson and lithographed by Cartor and perforated 13.5 x 13. The featured species are the Yellow-billed cuckoo, the Leopard seal, the Loggerhead turtle and the Indian yellow-nosed albatross. This is an excellent set. Rating:- *****.
Thanks to Juliet Warner of Pobjoy Stamps for information about this issue. 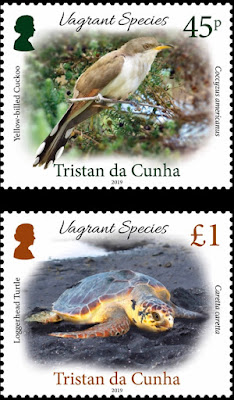 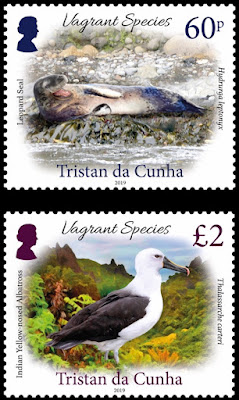 🇨🇾 Cyprus Post will issue 3 Christmas stamps on 14 November 2019. The secular designs are cheerful if inconsequential but the religious design depicting the Madonna and Child is quite pleasing. Rating:- ***. 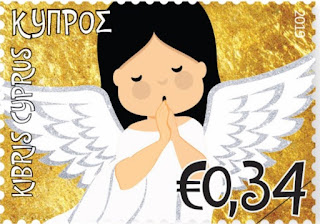 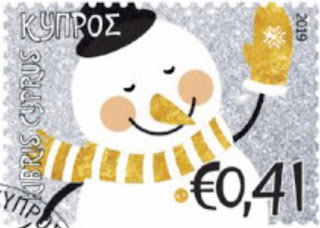 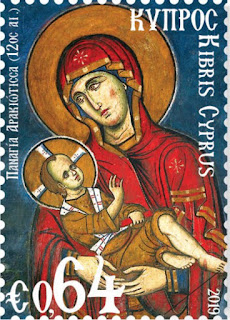 🇧🇲 The Bermuda Post Office issued 2 new stamps on 1 November 2019 to commemorate the 170th anniversary of the arrival of Portuguese settlers in the island. The immigrants arrived to work in agriculture in the island, especially that of the Bermuda onion which was so popular in The United States that Bermuda was known as the ‘Onion Patch’ there and for which there was a shortage of local workers.
The first Portuguese immigrants arrived in 1849 on board the Golden Rule and a painting of that ship by Bermuda artist Stephen J Card is used as the design for the stamps by Keno K Simmons. The issue was lithographed by Cartor and is perforated 13.5. Rating:- *****. 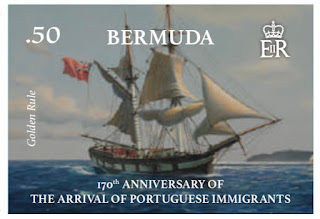 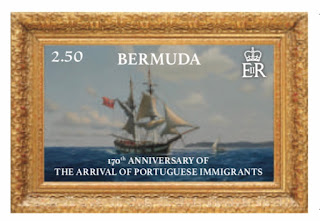 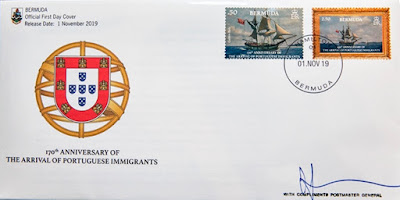