1309. 🇬🇧 Boaty MacBoatface Gets Her Own Stamps.

🇬🇧 The postal service of British Antarctic Territory will issue 4 stamps during November 2018 to commemorate the construction of RRS Sir David Attenborough which was at one time at risk of being named 'Boaty MacBoatface' after a vote by the British public chose the name over all others. A little worried about preserving the dignity of the ship, the authorities overrode the public vote - just as the British self-perceived Elite would like to override the British public's vote on exiting the European Union - and instead named the ship after the world famous nonagenarian naturalist-broadcaster and national treasure, Sir David Attenborough.
Boaty, or The Sir David as we should call it, is shown in the set in various stages of construction or completion. The excellent issue was designed by photographs by Cammell Laird, Rolls Royce and The British Antarctic Survey and lithographed by Cartor and perforated 13.5.
Rating:- how could I award Boaty anything less than *****? 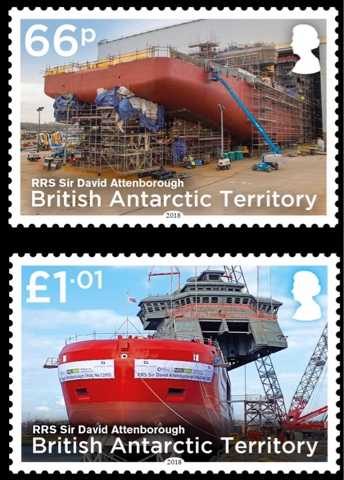 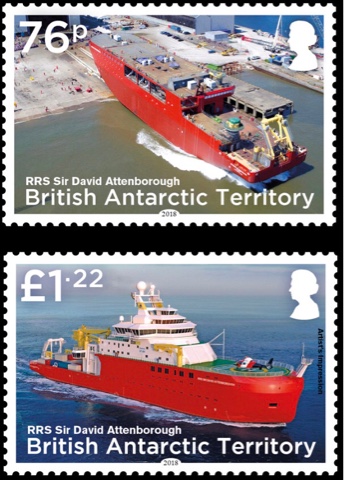 🇮🇳 India Post issued a miniature sheet containing 7 different circular stamps on 2 October 2018 to commemorate the 150th birth anniversary of Mahatma Gandhi who was the figurehead of the campaign which resulted in India independence. A significant issue. Rating:- ****. 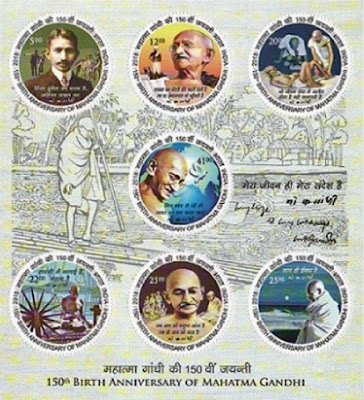 🇹🇹 Another surcharge has appeared from the Trinidad And Tobago postal service - it is one of the values from the 2009 CHOGM issue with a revised $1 value. Rating:- ***. 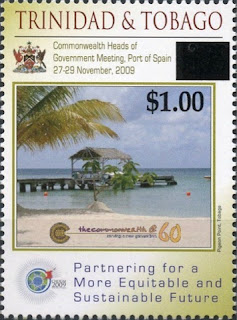 🇸🇬 Singapore Post will issue a set of 4 stamps on 11 October 2018 on the subject of Early education for girls. This excellent set was designed by Lim an-Ling and lithographed by Secura and perforated 13. Rating:- ****. 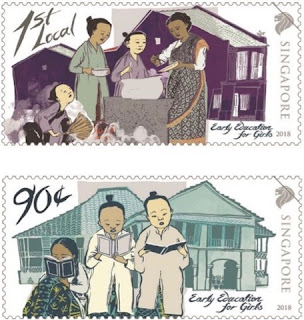 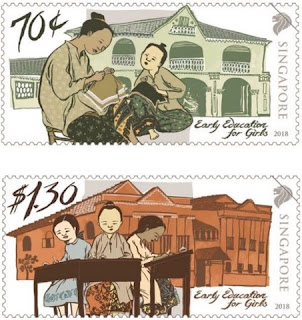