🇳🇿 New Zealand Post will issue a set of 6 stamps and 1 miniature sheet on 7 November 2018 for sole use in Ross Dependency on the subject of Aircraft of the Territory. The issue was designed by Alan Hollows and lithographed by Southern Colour Print and perforated 14. Rating:- ***.

🇦🇺 As part of its participation in the Macao 2018 philatelic exhibition, Australia Post released 4 miniature sheets in limited editions of just 300 (not for the first time), one being issued each day of the exhibition. Each sheet has overprints applied to them and is numbered. Two, recently being offered on an internet auction site, are depicted below. Each was being sold at just under £50! Rare they may be, desirable they are not, particularly at that price. Rating:- 0.

🇧🇩 Bangladesh Post issued 2 stamps and 1 miniature sheet on 24 September 2018 to commemorate the Centenary of cubbing (2016) and Centenary of Rover scouting (2018) in Bangladesh. The 2 stamps are circular in format but the designs are very dull. Rating:- **. 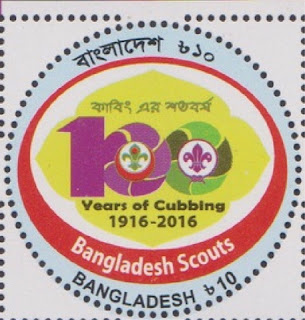 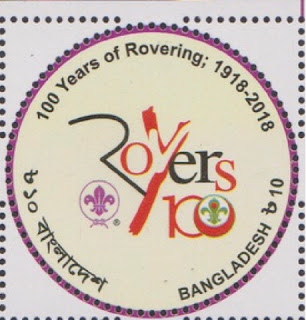 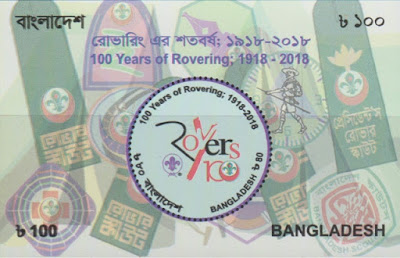