🇿🇦 The South African Post Office issued a single miniature sheet on 18 July 2018 as its contribution to the omnibus series being released this year by the Pan-African Post Union (PAPU) to commemorate the Centenary of the birth of Nelson Mandela, the design is similar to those issues released by the postal administrations which appear to have participated so far - Algeria, Burkina Faso, Kenya, The Gambia, Togo, Libya, Tunisia, Liberia and Niger. Given that there are 45 countries which are members of PAPU there are still a lot of these issues to surface if every member participates (which seems unlikely). Only three of the Commonwealth members of PAPU out of a total of 16 (Botswana, Cameron, Eswatini, The Gambia, Ghana, Kenya, Lesotho, Malawi, Mozambique, Namibia, Nigeria, Sierra Leone, South Africa, Tanzania, Uganda and Zambia) have so far revealed their participation. Rating:- ****. 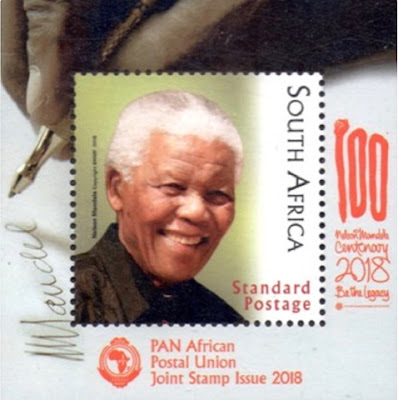 🇮🇲 In Blog 1321 I mentioned the stamps due for release on 29 October 2018 by the Isle Of Man Post Office as its Christmas issue and also to commemorate the 80th anniversary of the Beano comic. I now present below much better illustrations of the issue than were included in Blog 1321. 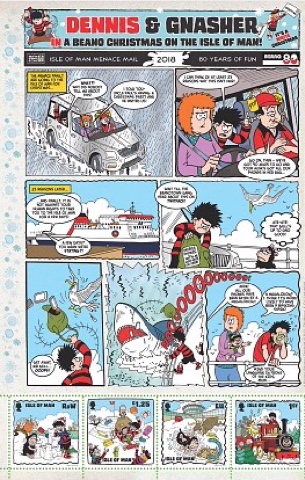 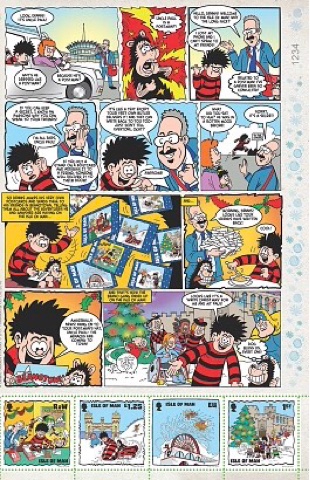 🇲🇾 Pos Malaysia issued a set of 3 stamps and 1 miniature sheet on 9 October 2018 to commemorate the Centenary of Jit Sin School (I wonder what sort of sins they teach there - sounds like a fun place to study). The particularly uninteresting designs are by World Communications Network Resources. Rating:- **. 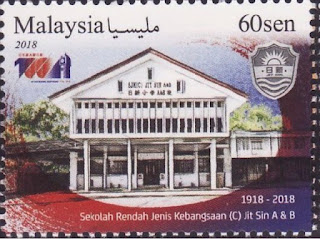 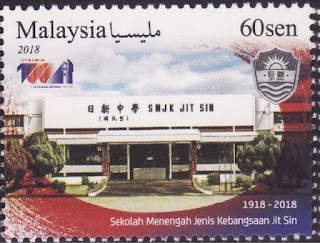 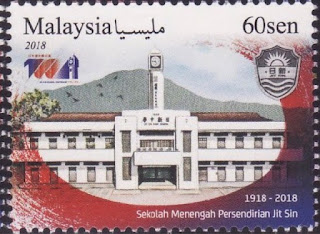 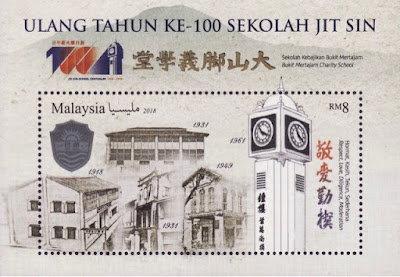