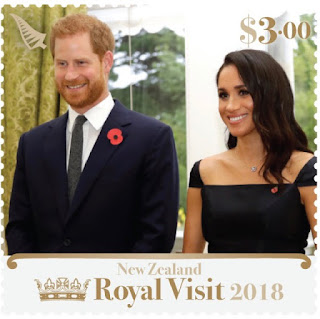 🇳🇿 New Zealand Post issued a miniature sheet containing 6 different stamps on 30 October 2018 to commemorate the latest royal visit to New Zealand - that by the recently married Duke and Duchess of Sussex. The issue was designed by Hannah Fortune and lithographed by Solutions and Collectables Centre in Whanganui and perforated 14 x 14.5. Rating:- ****. 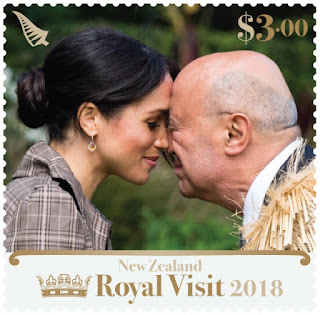 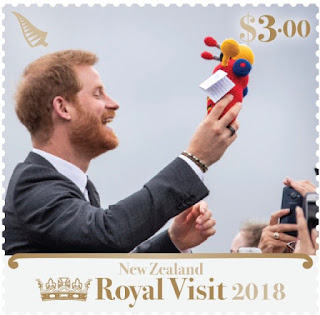 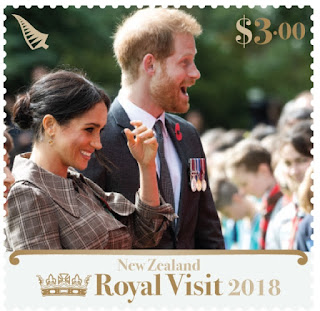 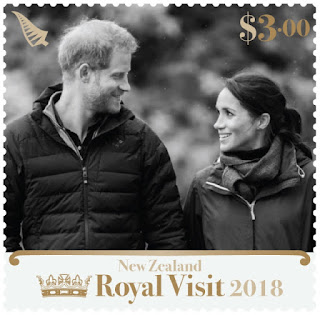 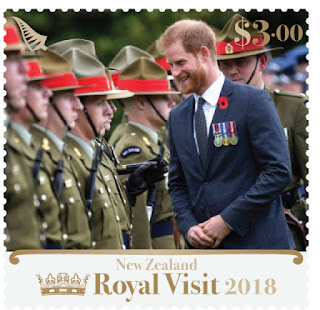 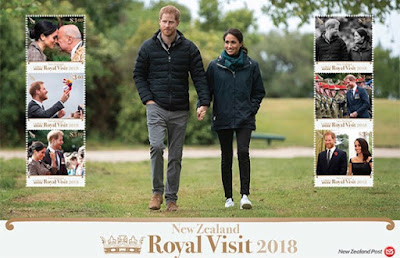 With a very large number of East Asian immigrants living in New Zealand now, especially in Auckland, it seems perfectly reasonable for New Zealand Post to issue stamps to commemorate Chinese New Year. A set of 4 stamps and 1 miniature sheet commemorating the Year of The Pig will be released on 5 February 2019. I expect a gold foil miniature sheet will be sold prior to that date at a highly inflated price as has happened in previous years. Rating:- ***. 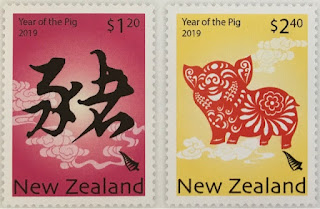 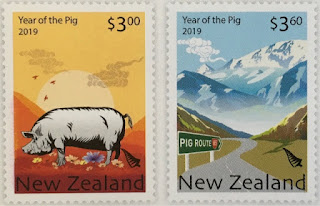 🇭🇰 Hong Kong Post will issue a miniature sheet on 9 November 2018 to commemorate the Bicentenary of the founding of Ying Wa College, originally based in Malacca and moved to Hong Komg in 1843. The issue was designed by Freeman Lau and lithographed by Cartor and perforated 14.5 x 14.5 x 14 x 14. The sheet contains a single $10 stamp. Rating:- **. 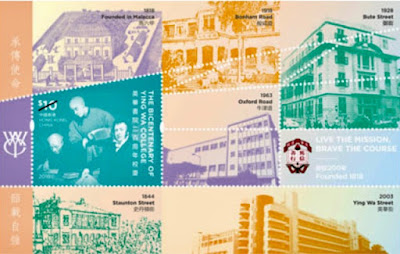 🇬🇧 Although Royal Mail has embargoed the release of the designs of its issue to commemorate the 70th Birthday of The Prince Of Wales until 14 November 2018, the actual date of issue, with its frequent crassness, the company has revealed most of the design with an illustration of it which appears in a promotion of the 2018 Yearpack on Royal Mail's own website. The issue takes the form of a miniature sheet containing 6 different stamps whose designs include some charming photographs of the prince. I especially like the photograph of the Prince with his wife, The Duchess Of Cornwall, and another with his two sons at a polo match. Rating:- ****. 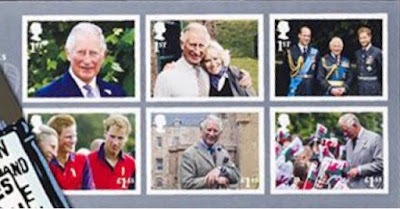