🇫🇰 Following on from an issue by the British Antarctic Territory postal service of a set on the same subject, the postal service of Falkland Islands will release a similar set of 4 depicting extraordinarily beautiful photographs of local Landscapes. The production of the set was co-ordinated by Creative Direction using photographs by 4 different photographers and printed in lithography by Cartor and perforated 13.5. This is a lovely set with one design depicting the romantically named 'Road to Nowhere'. Rating:- *****.
Thanks to Juliet Warner of Pobjoy Stamps for information about this set. 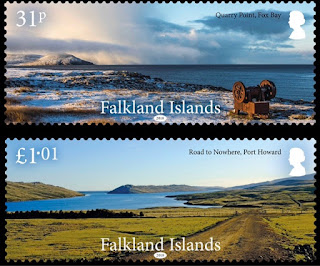 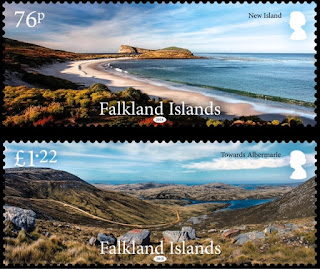 🇲🇺 Mauritius Post issued a pair of stamps on World Post Day, 9 October 2018, on the subject of local 'Rescue and Life Saving'. The Rs3 value is disappointingly dull though it commemorates an important subject - the St John Ambulance Service - but the Rs13 is rather more interesting featuring, as it does, the Mauritius Fire and Rescue Service in action at the scene of a fire. Rating:- ***. 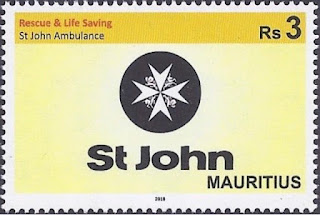 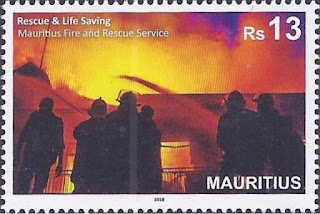 🇭🇰 Hong Kong Post issued a set of 6 stamps and a sheetlet containing 2 sets and a $53 Prestige booklet on 9 October 2018, again on World Post Day, on the subject of 'Cantonese Opera Repertory'. This is an exciting, delightful, colourful and interesting set, designed beautifully by Arde Lam and Martin Lau and lithographed by Enschedé and perforated 14 x 13.5. Rating:- *****. Perhaps Hong Kong Post could loan out its designers to Mauritius Post. 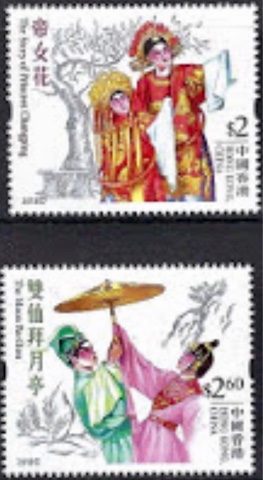 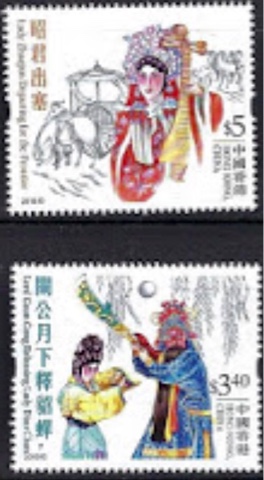 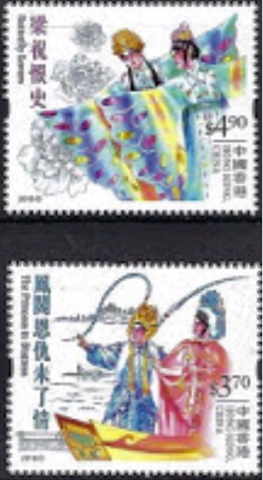 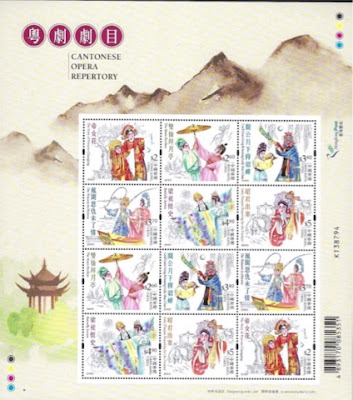 🇬🇮 The Royal Gibraltar Post Office's Post and Go kiosk, GI05, dispensed stamps at the Macao 2018 Philatelic Exhibition which was held from 21 to 24 September 2018. Collectors' strips of 6 were produced by dispensing both the Year of The Dog stamps and the Commonwealth Postal Administration stamps with the additional inscription ' MACAO/2018' applied to them. Rating:- 0.