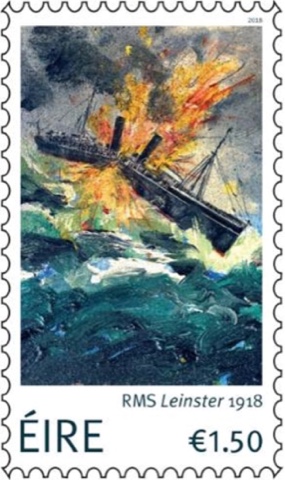 🇮🇪 An Post, the postal service of The Republic Of Ireland, issued a single stamp on 10 October 2018 to commemorate the Centenary of the sinking of the mailboat RMS Leinster when a German submarine torpedoed it during the First World War. The ship was sailing from Kingstown to Holyhead in Wales and 567 people were killed as a result of the German attack. Twenty one of the 22 mail workers aboard were among those killed by the Germans and other victims included medical workers and ordinary civilians as well as Irish members of the armed forces fighting against the Kaiser's aggression.
The stamp was designed by Design HQ from art by Brian Palm and lithographed by Cartor and perforated 13.5. Rating:- ****. The issue highlights the importance of Ireland's historical links with Great Britain.
🇹🇹 In a comment in Blog 1309 eyeonwall suggested that we should expect approximately half a dozen more surcharges from the postal service of Trinidad And Tobago and here indeed is a further such item currently on sale on an internet auction site. Rating:- ***. 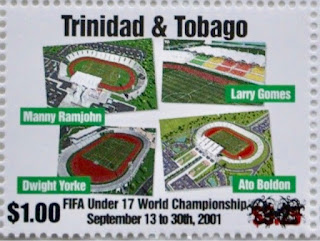 🇬🇧 Royal Mail will issue one of its 'generic sheets' on 15 November 2018 to commemorate the Chinese New Year, the Year of The Pig. The item was designed by hat-trick design and is made up of 20 'Fireworks' Smilers stamps with attached labels. Rating:- 0. 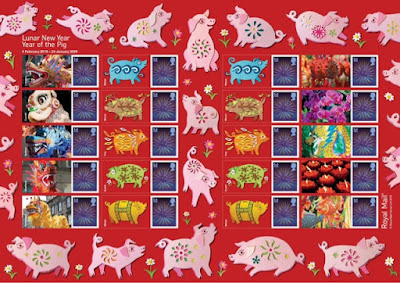 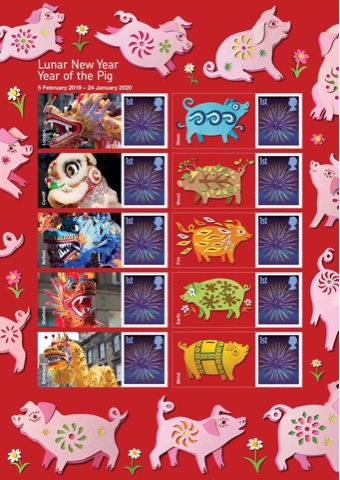 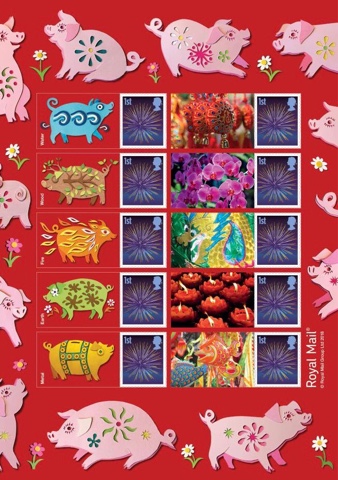 🇱🇰 Sri Lanka Post issued a single stamp on 29 September 2018 to commemorate the 175th anniversary of the Pontificial Society Of The Missionary Childhood. Rating:- **. 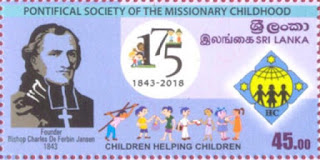 A single stamp was then released on 1 October 2018 to commemorate World Children's Day. I suppose that there must be someone who feels that the design has merit. Rating:- *. 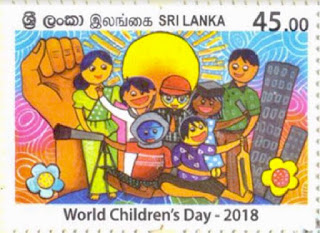