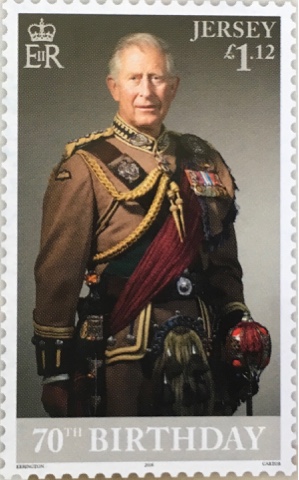 🇯🇪 Jersey Post will commemorate the 70th Birthday of The Prince Of Wales by the release of a set of 6 stamps and 1 miniature sheet on 14 November 2018, the Prince's actual birthday. The designs depict photographs of the Prince at various stages of his life and the miniature sheet depicts The Prince with his wife, The Duchess Of Cornwall. Although these stamps are simply photographs with some text added to them, the photographs are well chosen and the production is excellent. I like the set very much. The designs are derived from photographs by various photographers and lithographed by Cartor. Rating:- *****. 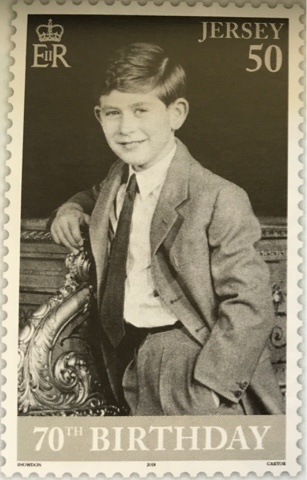 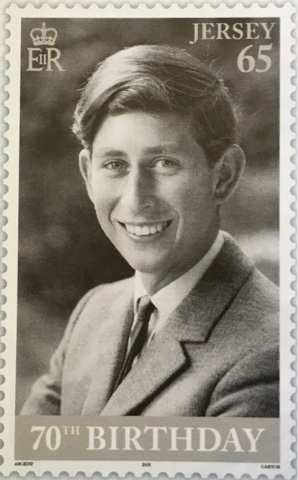 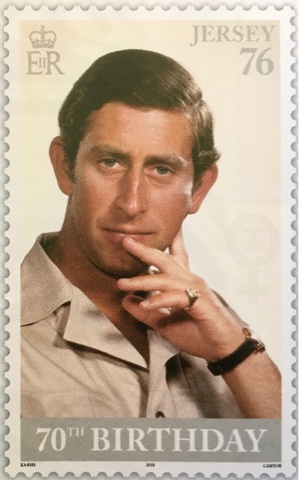 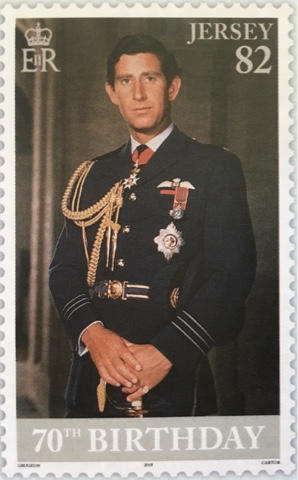 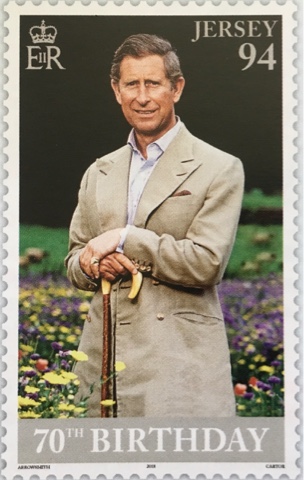 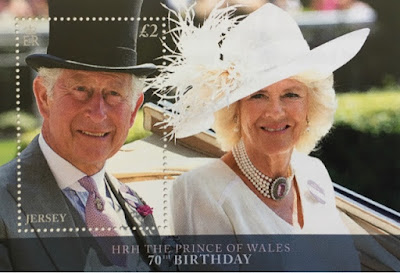 The Prince's birthday will also be commemorated by the issue of a single £3 'definitive' stamp produced in a sheetlet of 4. This is an excellent item and was designed from a photograph by Anthony Buckley and printed in lithography and silver hot foil by Cartor. I would ofcourse just buy the single stamp and not bother with the expensive sheetlet. Rating:- *****. 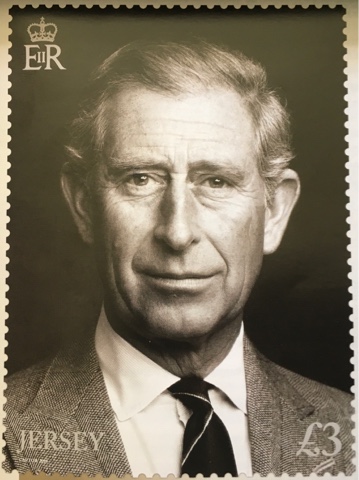 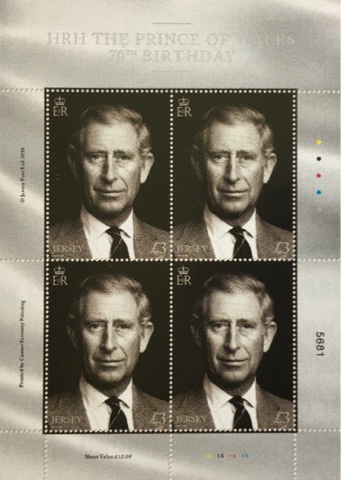 Jersey Post will also issue a set of 8 stamps on the subject of Christmas on 19 November 2018. The stamps have the unusual theme of patterns used on Christmas jumpers. The depictions are wholly inconsequential but cheerful enough for the use on Christmas mail and were designed by True North and lithographed by Cartor. Rating:- ***.

Jersey Post also issued a 20 stamp 'Commemorative sheetlet' on 22 September 2018 to commemorate the holding of the Super League Triathlon in Jersey. The stamps have labels attached to them which depict various aspects of the event. The cost is an appalling £17. How much better it would have been to release a proper set of stamps rather than another one of these useless sheets which are expensive and impossible to house satisfactorily in a collection. Rating:- 0. 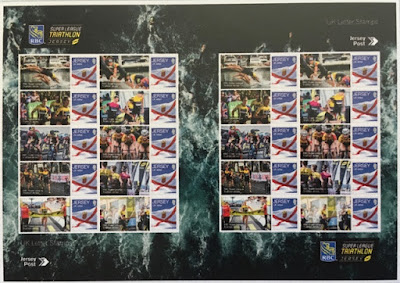 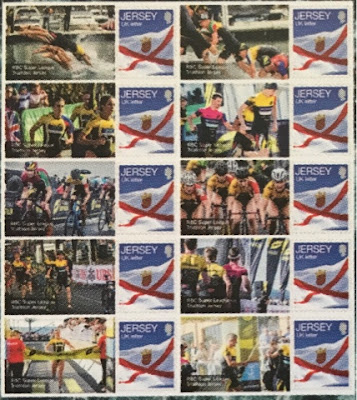 🇬🇧 The ingenuity of Creative Direction in coming up with good ideas for subjects to feature on the stamps of territories such as British Antarctic Territory and South Georgia And The South Sandwich Islands never ceases to impress me. That admiration also extends to my appreciation of the excellence of the designs which appear on the stamps.
The very clever idea of finding a way for the release of Stamps by British Antarctic Territory to commemorate the Centenary of the end of the First World War is to commemorate the men who took part in the war who were also members of Ernest Shackleton's Imperial Trans-Antarctic Expedition. This interesting issue was designed by Andrew Robinson and lithographed by Cartor and perforated 13.5. Rating:- *****. 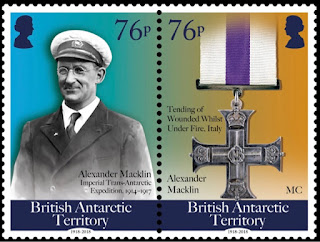 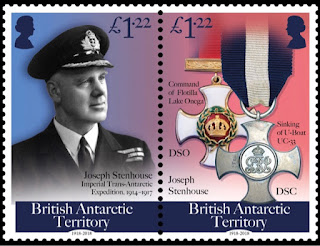 🇬🇸 Similar items on the same subject and by the same designer and printer and with the same perforations will be issued by South Georgia And The South Sandwich Islands on 4 November 2018. Another excellent issue.
Rating:- *****. Thanks to Juliet Warner of Pobjoy Stamps for information about these issues. 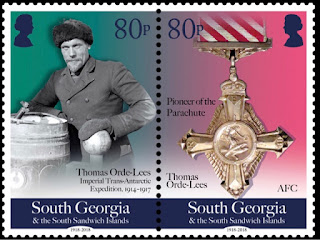 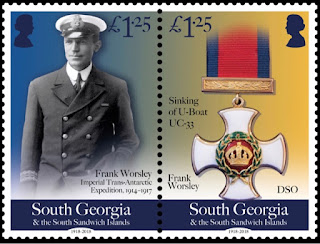