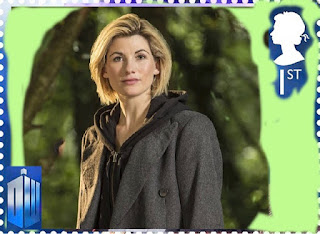 🇬🇧 Royal Mail has been indulging in its inane secrecy policy prior to the release of certain high profile stamp issues again. This time it is the stamp issue due to be let loose on the world on Thursday 11 October 2018. Having scored a huge success back in 2013 when it issued stamps to commemorate the 50th anniversary of the BBC Television programme, Dr Who, Royal Mail now plans to repeat that success with a similar issue on the same subject to commemorate the science fiction programme's 65th anniversary and more importantly the first ever episode to be screened featuring a female Dr Who (apart from a spoof short comedy episode which featured Joanna Lumley in the role). Royal Mail and the BBC see the first female Dr Who as representing a significant achievement in gender equality and worthy of a stamp issue in its own right and it is felt that this stamp issue speaks out for the strides that gender equality has taken in Britain in the last twenty years. If you can have a woman Dr Who then nothing is impossible.
The issue coincides with the BBC's launch of the new series on Sunday 7 October and it is felt that sales of the stamps will be enormous after the appetites of potential purchasers - collectors and non-collectors alike - will have been whetted by the first episode's broadcast just 4 days before.
Among the new stamps will be designs featuring Jodie Whittaker, the new Dr Who, in the costume in which she appeared in a trailer screened last year to introduce her to enthusiasts of the programme and it is also intended that this issue should take off where that released in 2013 left off by showing various Dr Whos who were not featured in the last issue enabling collectors to complete their collection of the various Dr Whos. Hence the Doctor played by the actor Peter Capaldi will appear on one of the stamps as will the 'War Doctor' played by the late Sir John Hurt and the actor David Bradley will also be featured in his revival of the role of the First Doctor which was broadcast in the Christmas episode of 2017.
I presume that there will be a third instalment in 2023 to commemorate the programme's 60th anniversary! 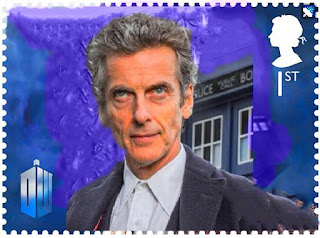 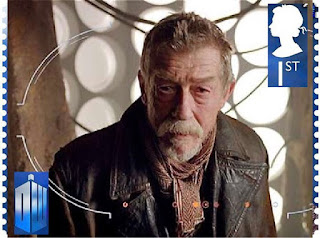 Please note that all of the above is idle and mischievous speculation but by no means impossible. Not long to wait to find out. Fake news, don't we just love it?