🇸🇭 The postal service of Ascension Island will issue 2 stamps on 8 October 2018 to commemorate the final voyage of RMS St. Helena which served the island over many years. This excellent and straight forward pair of stamps was designed by the master stamp designer Andrew Robinson and lithographed by Cartor and perforated 13.5. Rating:- *****. 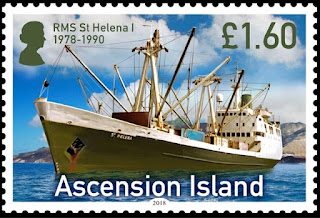 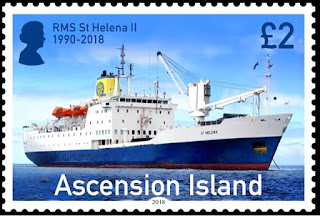 🇲🇹 MaltaPost will issue a single stamp miniature sheet on 21 September 2018 to commemorate the 50th anniversary of the death of Padre Pio who was declared to be a saint of the Roman Catholic Church on 16 June 2002. The issue was designed by Design S from a painting by Patri Krispin and lithographed by Printex and perforated 14. Rating:- ***. 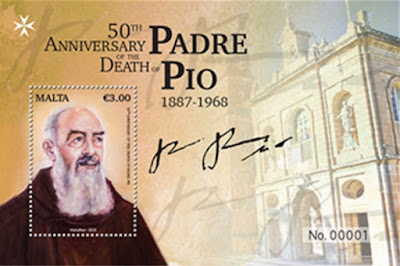 🇨🇦 In Blog 1297 I mentioned the Canada Post set of 5 self-adhesive stamps (from booklets of 10) and 1 gummed miniature sheet to be released on 14 September 2018 to commemorate Canada's emergency services and included illustrations of 3 of the stamps. Below I now depict the remaining 2 stamps which commemorate the Fire Service and Police service. Rating:- **. 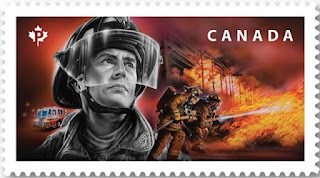 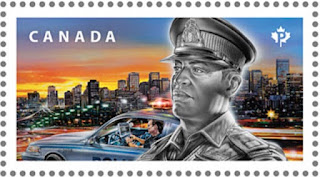 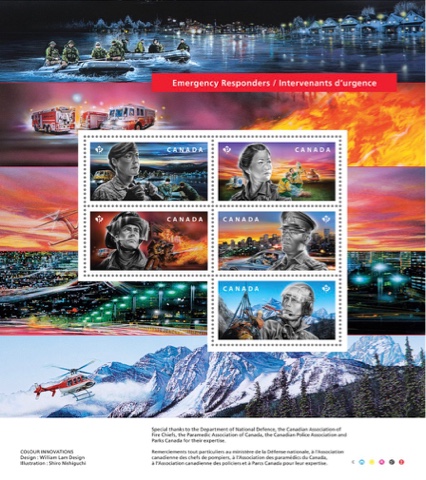 🇮🇳 India Post issued 2 stamps and 1 miniature sheet on 15 September 2018 which are part of a Joint Issue with the postal service of Serbia. It's hard to see why such an issue is required but for anyone interested the designs depict Nikola Tesla and Swami Vivekananda who seem to have nothing in common as far as I can see. Rating:- 0. 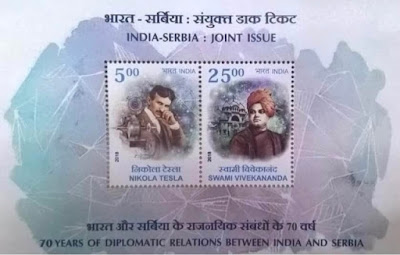