🇫🇰 The Falkland Islands postal service will issue a set of 4 stamps on 18 August 2018 on the subject of Migratory species of the islands, the featured birds being the Southern rockhopper penguin and the Sooty shearwater. The set was designed by Andrew Robinson from photography by Alan Henry and lithographed by Cartor and perforated 13.5. Rating:- *****. 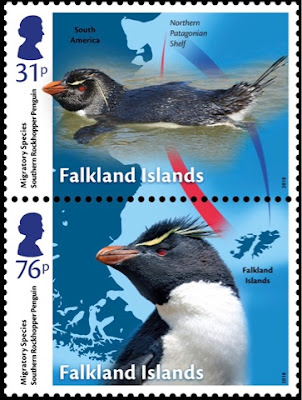 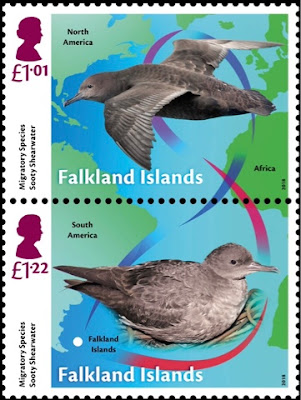 🇬🇮 Gibraltar Stamps will issue 6 stamps on 21 September 2018 to commemorate the 70th Birthday of The Prince Of Wales. The designs depict portraits of the prince at various stages of his life which is an approach also being taken on the stamps of the British offshore islands to commemorate the royal birthday. Do none of them have anything imaginative to contribute to this omnibus series? The issue was designed by Stephen Perera and lithographed by Lowe Martin. Rating:- **.

Also to be issued on 21 September 2018 are a miniature sheet containing 4 different stamps and a single stamp miniature sheet to commemorate the Centenary of the end of the First World War. The issue was designed by Stephen Perera and lithographed by Lowe Martin. Rating:- ****. 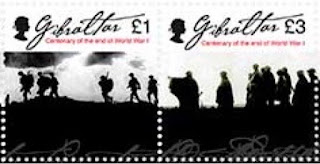 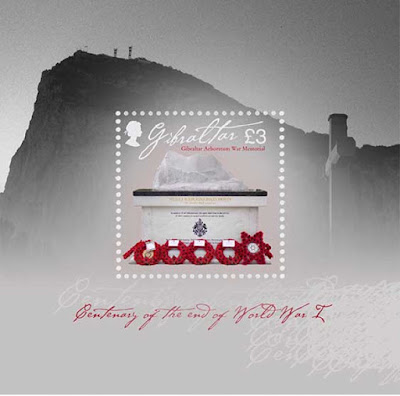 🇬🇧 In Blog 1271 I described and illustrated the final part of Royal Mail's series of issues which commemorate the Centenary of the First World War. Other items connected with the issue are depicted below. The first is a self-adhesive retail booklet sold for £4.02p which includes 2 different poppy stamps and there is also a sheetlet of all 30 First World War stamps issued from 2014 to 2018 which is sold for £32.94p. The sheet is an attractive item but far too large to place in a stamp collection so I certainly will not be parting with over £30. 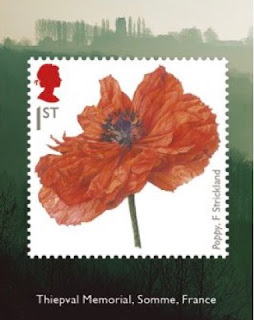 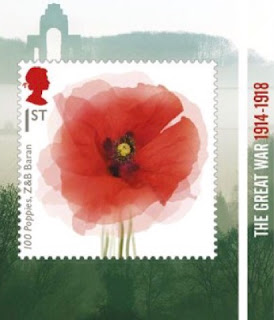 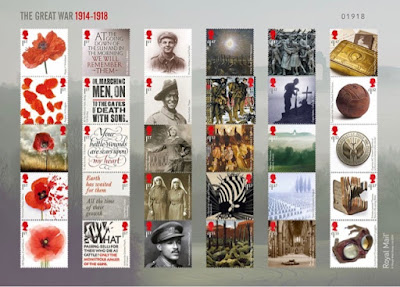 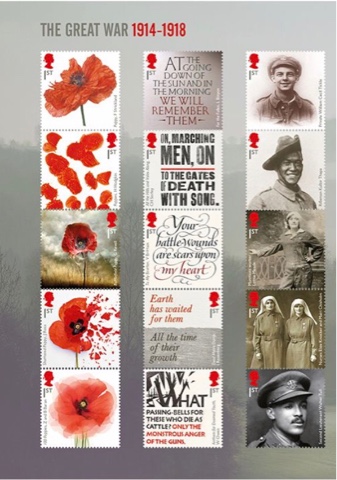 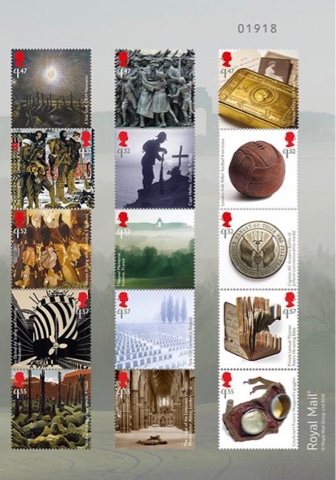