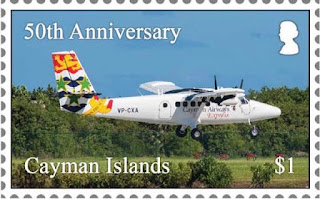 🇰🇾 The Cayman Islands postal service released a set of 4 stamps, 1 miniature sheet and a booklet of self-adhesive 25c stamps on 18 August 2018 to commemorate the 50th anniversary of the establishment of Cayman Airways. A colourful set depicting the airline's aircraft over the years. Rating:- *****. 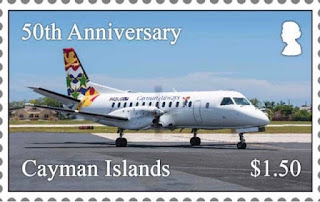 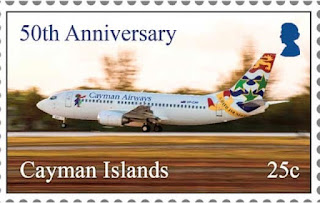 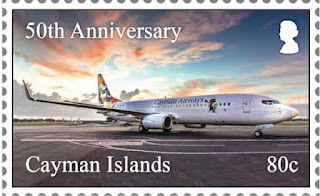 🇬🇧🇯🇪 Jersey Post will cart its JE03 Post And Go kiosk all the way to the Macao 2018 35th Asian International Stamp Exhibition and dispense its 'Jersey Flag' stamps with the additional inscription 'MACAO 2018' from 21 to 24 September 2018.
Meanwhile The Postal Museum in London will dispense the upcoming Mail by Bike Post and Go stamps from 12 September 2018 from its kiosk, A001, as well as the Machin Head Post and Go stamps with an additional inscription reading ''F' Box 50' to commemorate the 50th anniversary of the introduction of the 'F' type letter box.
Royal Mail's new Mail by Bike Post and Go stamps will not be sold from the IAR kiosks in Delivery offices but will be dispensed from NCR kiosks in post offices. The stamps will of course be sold in packs of 6 x 1st Class values. Rating:- ****. 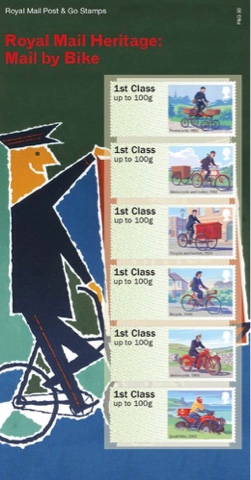 🇬🇲 IGPC continues to flood the new issue market with products which have no relevance to the countries whose names are printed on them. It has produced a sheetlet of 6 stamps (3 x 2 different stamps) and 4 miniature sheets to commemorate the late Elvis Presley, an American entertainer in the name of The Gambia. I do not yet know the date of issue. Rating:- 0. 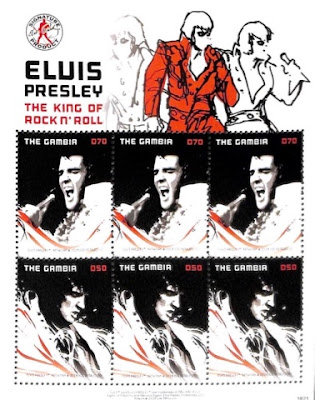 🇭🇰 Hong Kong Post will issue a miniature sheet on 21 September 2018 to commemorate its participation in the Macao 2018 35th Asian International Stamp Exhibition. The issue was designed by Chan Ching-tsui and lithographed by Cartor and perforated 13.5. Rating:- ***. 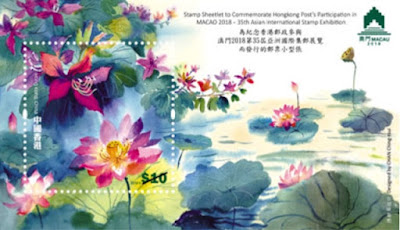 🇱🇾 Although not a Commonwealth issue I depict below another miniature sheet which has been released as part of the PAPU omnibus series to commemorate the birth centenary of the South African statesman (see Blogs 1264, 1265 and 1266) this time from Libya. This, I think, is the 8th country to have participated in the series. Libya can of course be found in The Commonwealth Catalogue because British forces occupied Cyrenaica and Tripolitania during the Second World War from 1942 until 1951 when they were combined with Fezzan And Ghadames which had been occupied by the French to form The Kingdom Of Libya. 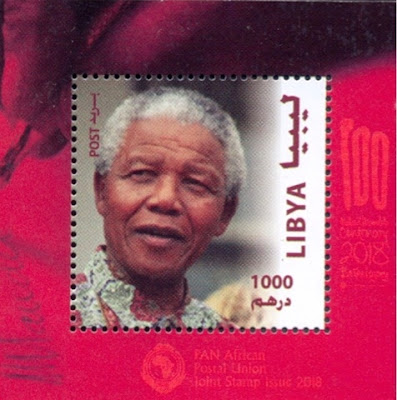