🇧🇩 On sale at present on an internet auction site are what the seller describes as the final issues of Bangladesh Post in 2017. There are no specific details about the stamps but we may hazard a calculated guess as to their dates of issue:-

? 1 November 2017 - Commonwealth Parliamentary Conference Dhaka 2017 - 1 miniature sheet containing 6 different stamps. The meeting was held from 1 to 8 November and so I presume that the item was released on the opening day of the Conference. Rating:- ****. 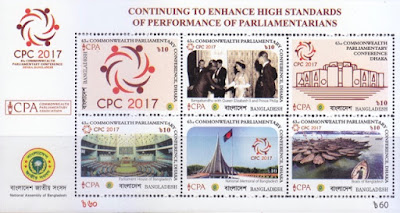 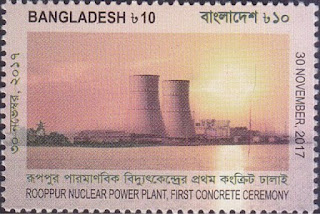 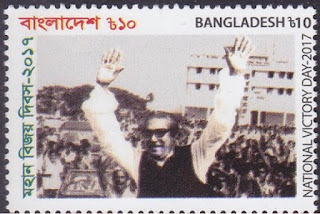 🇯🇪 Spring Stampex 2018 will be held in London from 14 to 17 February and as usual Jersey Post will issue some Post and Go stamps to coincide with the event. Kiosk JE01 will dispense 6 new stamps which depict Royal Naval vessels. the designs being by Andrew Robinson. The stamps will also be dispensed from kiosk JE02 in Jersey and have the additional 'Broad Street' inscription. As the exhibit opens on St Valentine's Day kiosk JE01 will also dispense the 6 'Jersey crest' stamps with the additional inscription 'Be My Valentine' and a motif of 2 'lovehearts'. These latter items will also be dispensed from back office kiosk BO02 and sold from the philatelic bureau in Jersey. Rating:- **.
🇬🇬 Guernsey Post will also issue new Post and Go stamps to coincide with Stampex. Kiosk GG01 will dispense from 14 to 17 February, 6 new stamps which depict Flowers of Guernsey and strips of the 'Guernsey flag' stamps with an additional inscription 'From Me to You' and a heart motif to fit in with the St. Valentine's Day theme. The new 'Flowers' stamps will also be dispensed from kiosk GG02 situated in Envoy House in St. Petersport and both the Flowers stamps and St. Valentine's overprint will be available from back room kiosk BO02 and sold from the Guernsey Philatelic Bureau. Rating:- **.


🇦🇮 In response to a question I asked on its Facebook page, the Anguilla Postal Service confirmed that it had issued NO stamps during 2017. A set of stamps was to have been issued on 22 May 2017 to commemorate the "50th anniversary of the Anguilla revolution" but had been cancelled "due to unexpected technical reasons". In Blog 1009 I depicted 4 designs featured on an official commemorative tee shirt sold by the Anguilla Postal Service which looked very much as though they could have been the designs of the stamps which had been planned to commemorate the anniversary. The designs depicted incidents including the burning down of Government House and rioting at a state show. If I am correct in my supposition that these were the proposed stamp designs then I wonder if the "unexpected technical reasons" that the Anguilla Postal Service alludes to in its Facebook response were actually to do with the unacceptability of such designs given that they depicted criminal acts including against government property. Interesting. 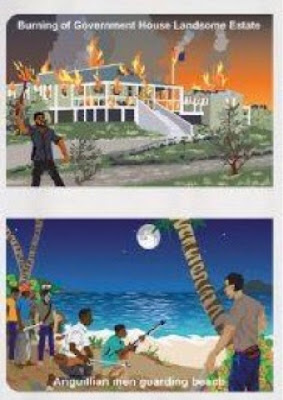 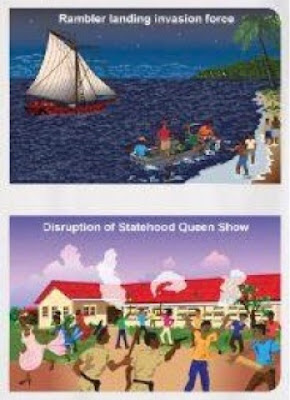 🇭🇰 Hong Kong Post issued 3 new definitive stamps on 1 January 2018. These are three stamps from the 2014 definitive series with revised values. The issue was designed by Sherman Lai and lithographed by Enschedé and perforated 13. Rating:- ***. 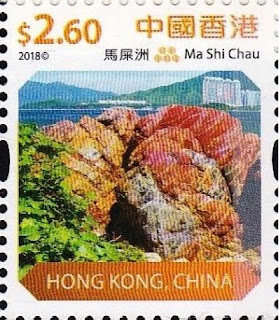 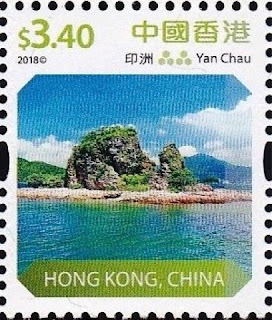 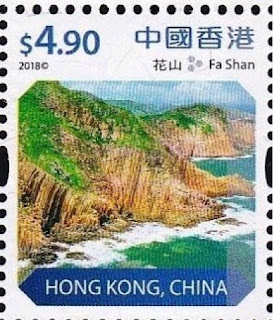 🇱🇹 Stamperija has released some new paraphilatelic products on to the market which have the name of a Commonwealth country printed on them - Sierra Leone. There's very little that is featured on these items that is of relevance to the West African client state of Stamperija, so nothing new there then.
The items take the form of 10 'sheetlets' each containing 4 different 'stamps' along with 10 miniature sheets. The subjects featured are:- 'The Greatest inventors', 35th death anniversary of Grace Kelly, 75th birthday of Paul McCartney, 90th anniversary of Isadora Duncan, 160th birth anniversary of Robert Baden Powell, 120th anniversary of Caritas International, Pope John Paul II, 'The greatest polar explorers', 2017 Nobel Prize winners and Malaria. Rating:- 0. 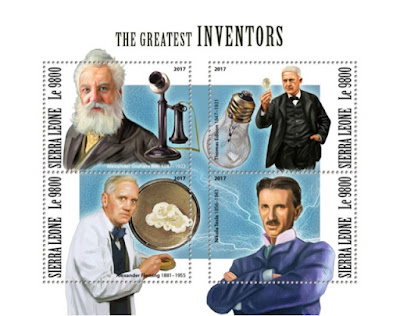 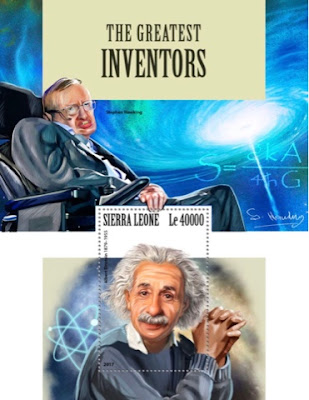