As part of its ongoing publicity the Beijing- and New York-based philatelic agency, IGPC, has previewed a small number of upcoming issues with the names of its client territories printed on them whether they be Commonwealth or non-Commonwealth territories.
The issues include a miniature sheet containing 4 different stamps which is to be released with the name of Guyana printed on it and which depicts the Jaguarundi, an attractive small cat, a rather highly face valued (20K or about £4.38p) single stamp miniature sheet from Papua New Guinea on the subject of the 250th anniversary of Captain James Cook's first voyage (doubtless part of a larger set) and another miniature sheet inscribed Guyana which seeks to exploit the upcoming British royal wedding of Prince Henry of Wales - otherwise known as Prince Harry - and again doubtlessly part of a bigger and more expensive set. Other than for financial profit, I see no reason why a republic which was keen to give up having Queen Elizabeth II as its Head of State almost 50 years ago is set on commemorating the wedding of one of her grandsons now - cynical exploitation and nothing more.
I confess to liking the Guyana Jaguarundi sheet and I am disheartened by the high face value of the PNG Captain Cook item and I have no intention of buying any Royal Wedding issues from countries which chose not to have the Queen as their Head Of State.
Other promised items are issues inscribed St. Vincent And The Grenadines which commemorate the 75th Birthday of Muhammad Ali and another inscribed Grenada which for some obscure reason commemorates the recent visit of President Trump of The United States to The People's Republic Of China. 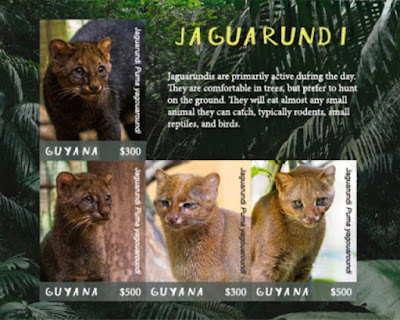 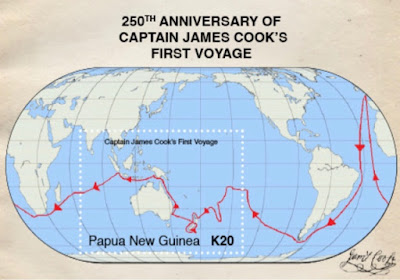 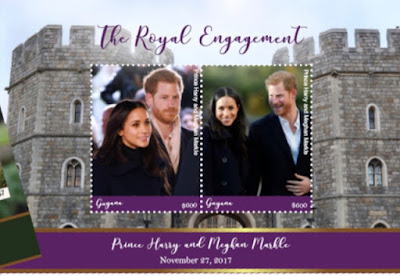 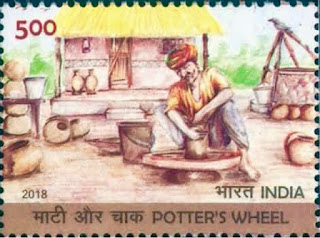 🇮🇳 India Post issued 2 stamps and 1 miniature sheet on 26 January 2018 on the subject of 'The Potter's Wheel'. This issue coincides with Republic Day. Rating:- ***. 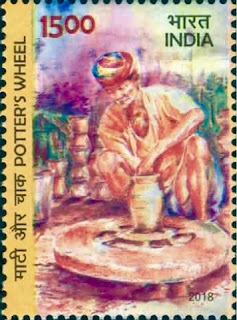 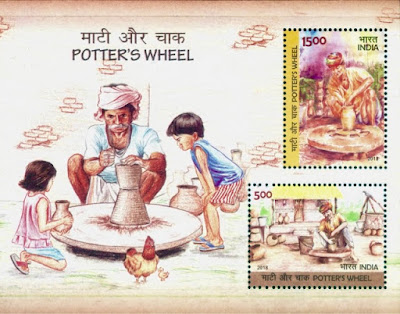 Another stamp was issued on 28 January 2018 by India Post to commemorate the birth centenary of Dr. Talimeren Ao who was a footballer from Nagaland who was flag bearer for the Indian team at the 1948 Olympic Games in London and was captain of the national football team. Rating:- **. 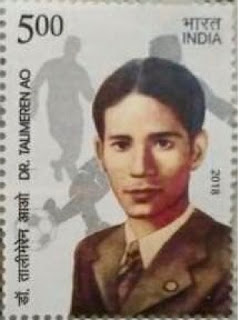 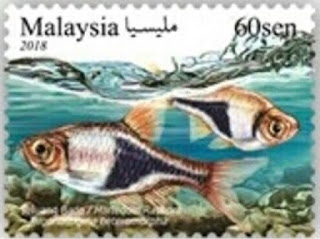 🇲🇾 Pos Malaysia will issue a set of 3 stamps and 1 miniature sheet on 30 January 2018 on the subject of Ornamental Fish. This is an attractive and colourful set. Rating:- ****. 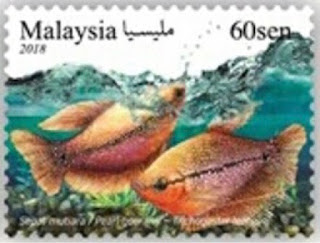 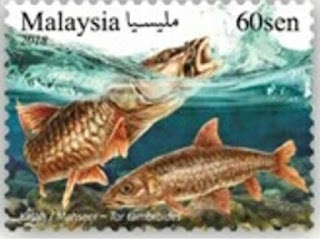 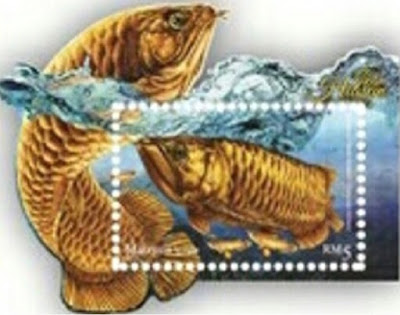