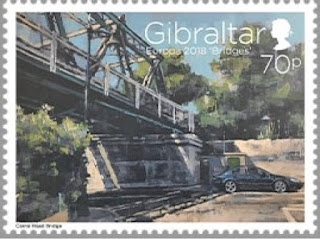 🇬🇮 News of yet another new issue from The Royal Gibraltar Post Office. There will be a set of 4 stamps released on 6 February 2018 on the subject of 'Bridges' as the Gibraltar PO's contribution to the 2018 Europa omnibus. The set which depicts local bridges was designed by Stephen Perera from illustrations by Leslie Gaduzo and was lithographed by Bpost Security Printers. In itself this is an attractive set but against a background of a large number of other issues pouring out from Gibraltar I shall not be adding it to my collection. Rating:- **. 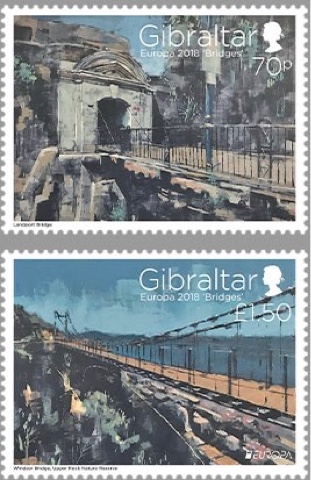 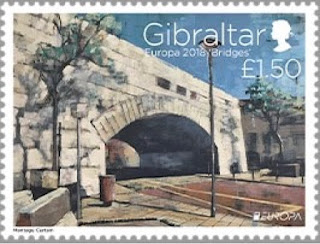 🇲🇾. Pos Malaysia will issue a My Stamp sheetlet of 8 stamps (2 x 4 different designs) with attached labels on 2 March 2018 to commemorate the Chinese New Year which as we all know by now will be The Year of The Dog. 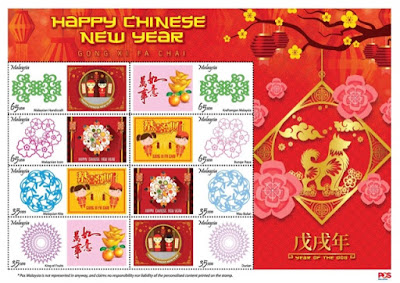 🇨🇦 In Blog 1168 I detailed the issue released on 25 January 2018 by Canada Post which is on the subject of Women in Winter Sports but omitted to mention that a gummed miniature sheet containing all 5 stamps was also issued. This is an attractive item. Rating:- ****. 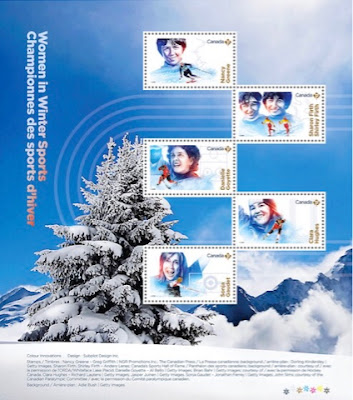 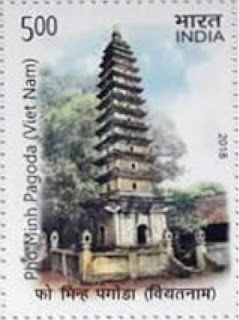 🇮🇳 India Post issued 2 stamps and a miniature sheet on 25 January 2018 which formed part of a joint issue with the postal service of Vietnam. The stamps depict Buddhist temples. An attractive enough-looking issue. Rating:- ***. 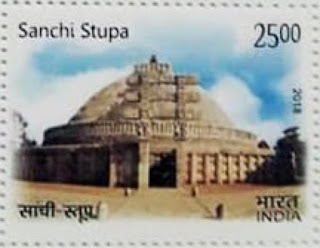 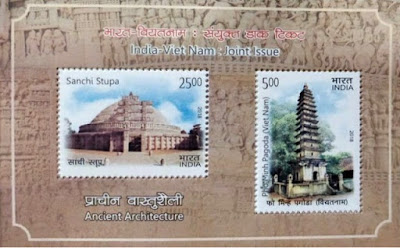 India Post also issued a miniature sheet containing 12 different stamps on 25 January 2018 to commemorate the ASEAN-India Commemorative Summit being held in New Delhi from 25 to 26 January 2018. The meeting is being attended by the leaders of the 10 ASEAN nations and when the meeting finishes the ASEAN leaders will attend the Grand Republic Day parade as chief guests. Rating:- *****. 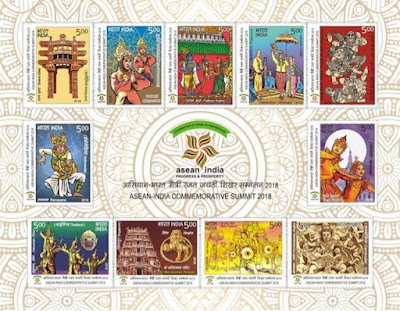