🇬🇸 The postal service of South Georgia And The South Sandwich Islands will issue a set of 6 stamps on 5 February 2018 on the subject of 'Mapping'. This is yet another very interesting and attractively designed set from Pobjoy Stamps/Creative Direction and a fine start to the new year from the south Atlantic and Antarctica region. The issue was designed by Andrew Robinson and lithographed by Cartor and perforated 13.5. Rating:- *****.

🇸🇭 The Ascension Island postal service will issue a set of 6 stamps on 24 January 2018 on the subject of Land Crabs. The designs are based on photographs taken by the Conservation Dept. of the Ascension Island Government and lithographed by Cartor and perforated 13.5.
This could easily be a straightforward set of stamps in which photographs each have a bit of text added to them and nothing more but there is also the clever addition of a 'warning sign' with the words 'Land crabs' on it and some additional information which raises these stamps above the run-of-the-mill. Rating:- *****. 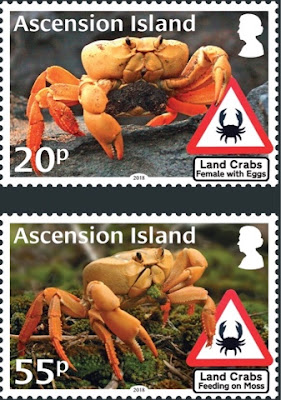 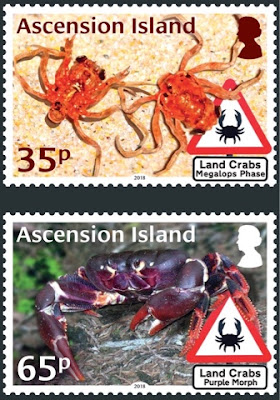 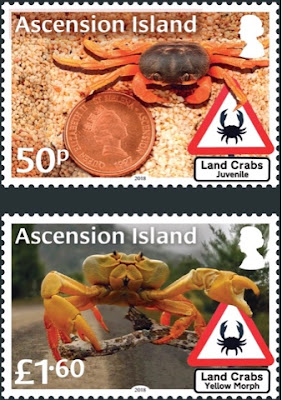 Thanks to Juliet Warner for supplying information about the above issues.

🇰🇾 The Cayman Islands Postal Service issued a set of 4 stamps in mid-December 2017 to commemorate the Platinum Wedding anniversary of Queen Elizabeth II and The Duke of Edinburgh. These stamps are very similar to those issued by British Indian Ocean Territory. I do not yet know the precise date of issue or any other details because as is normal with new issues handled by the CASCO agency, early information to collectors is non-existent. Rating:- **. 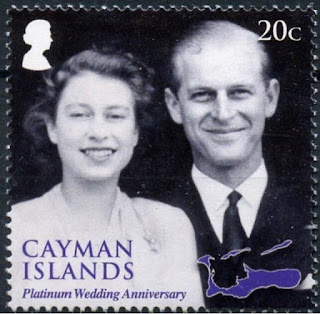 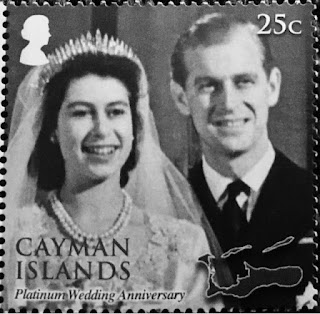 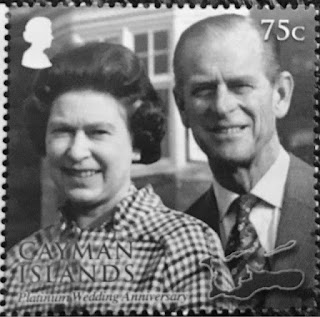 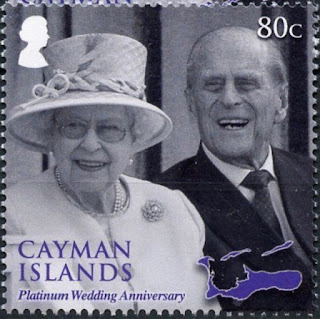 🇨🇾 I seem to have overlooked an issue from Cyprus Post which was released on 30 November 2017 to commemorate the 150th anniversary of the founding of St. Andrew The Apostle monastery. This is a rather unusual item in that it is a €10 miniature sheet containing a single stamp sold only in a booklet. The face value is rather high for Cyprus Post given that its issues are generally very conservative. Let us hope that this is a one off. Rating:- **. 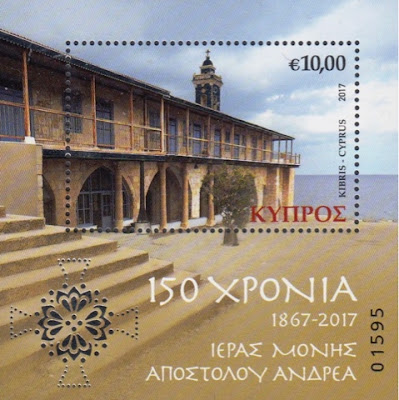 🇮🇳 India Post's first issue of 2018 was released on 8 January to commemorate the Centenary of the founding of the ICAR (Central Plantation Crops Research Institute). Rating:- ***. 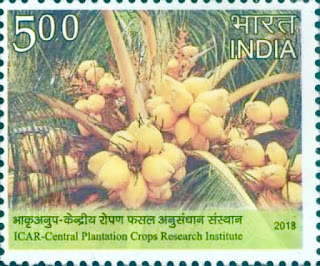 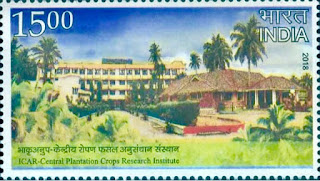 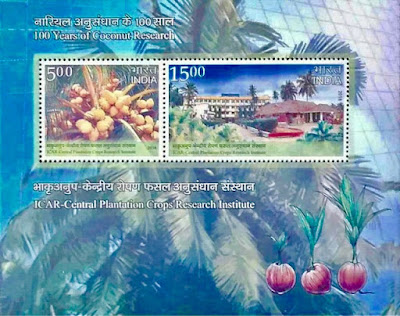 From India Post there have also been a number of My Stamp issues which are worth noting. These are problematical as they are sold in sheetlets of 12 with attached labels at a premium price but they are still interesting. 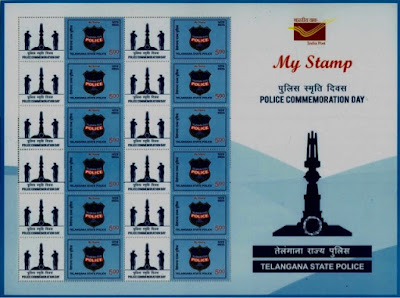 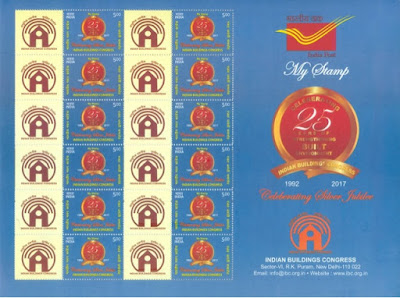 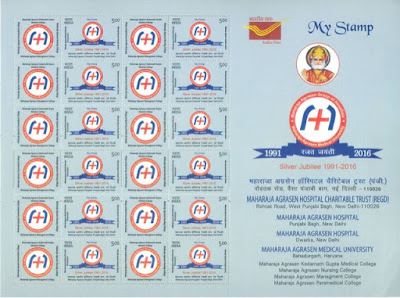 🇱🇰 Sri Lanka Post issued a single stamp on 23 December 2017 to commemorate the National Meelad-Un-Nabi which is the observance of the birthday of the Prophet Muhammad. The attractive stamp was designed by Isuru P. Chaturanga. Rating:- ***. 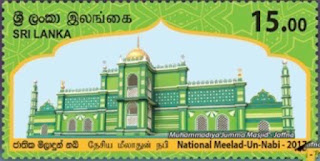 🇬🇧  Royal Mail's first issue of 2018 which has real meaning and significance as opposed to being a flashy catch penny will be released on 14 February 2018 to coincide with the Spring Stampex 2018 exhibition and will commemorate the Centenary of the achievement of the Suffrage of Women in The United Kingdom.
The issue was designed by Supple Studio and lithographed by International Security Printers and perforated 14.5 x 14. There are 4 values with 2 of each printed se-tenant. I like this set even if the release of as many as 8 stamps seems excessive. Rating:- ****.
Ian Billings' unequalled Nordic Philatelic Blog is the source of this information. 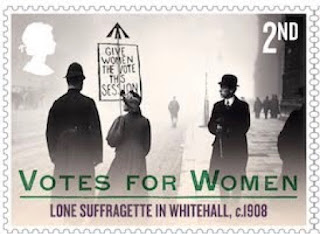 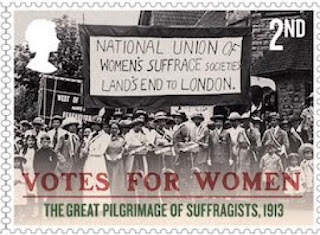 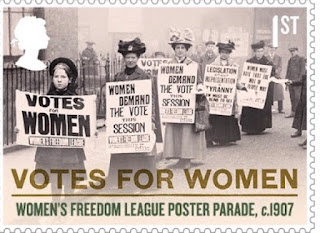 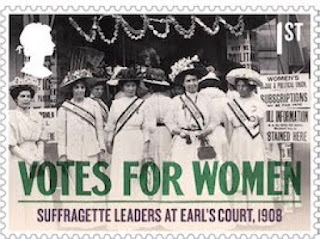 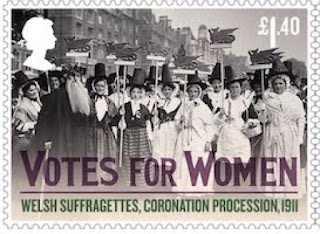 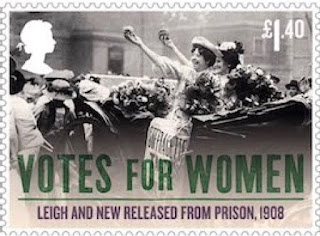 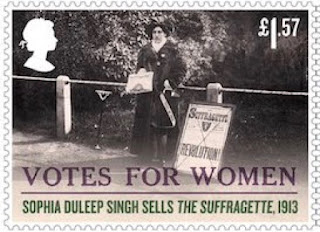 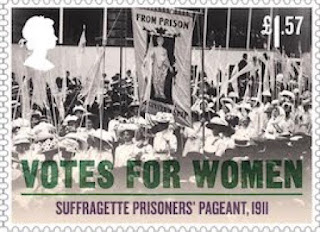 Although Royal Mail is not planning to have a Post and Go kiosk situated at the Spring Stampex exhibition which will open in London on 14 February 2017 it will release 6 new Post and Go stamps on the opening day. There seems to be no logic in arranging to release a Post and Go issue to coincide with a stamp exhibition and then not to sell it from a dispensing machine situated at the exhibition. This issue is titled Mail bu Sea and features depictions of various Mail-carrying ships spanning a couple of centuries. It is a very attractive and interesting issue. It will be sold in a pack of a strip of the 6 designs all at the 1st Class domestic postal rate and presumably the IAR kiosks in Enquiry offices and NCR kiosks in ordinary post offices will also dispense them. Rating:- *****. 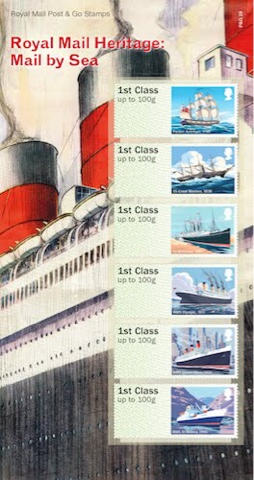