🇮🇲 The Isle Of Man Post Office will issue a set of 8 stamps on 15 January 2018 to commemorate the Centenary of the Royal Air Force. It's a worthwhile issue and well designed but nothing we haven't seen a hundred times before. Rating:- ***.
There will also be a £14.28p Prestige booklet, a £14.28p 'Commemorative sheet' made up of 16 stamps and a £7.14p 'Self-adhesive sheet' for those who must have 'one of everything'. Rating:- 0. 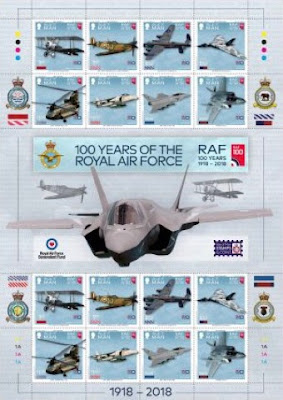 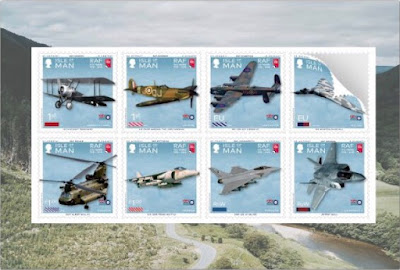 Anyone who's visited the Isle Of Man will wonder why its Post Office would need to issue stamps to commemorate the Chinese New Year. Apart from a few Chinese restaurants there's very little to link the island to China but now it seems that the Isle Of Of Man postal service finds that special stamps are required to commemorate the Year of the Dog. What nonsense. Regardless, 2 admittedly amusing and attractive stamps will be issued on 8 February 2018 with face values of £1.50p and £2. I like the stamps, dislike the high face values and cannot see why Isle Of Man Post Office thinks it's a good idea to release them. Rating:- 0. 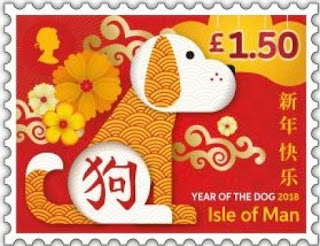 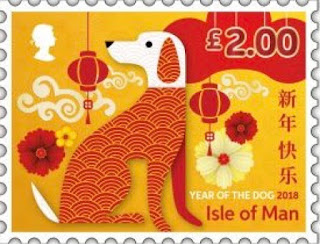 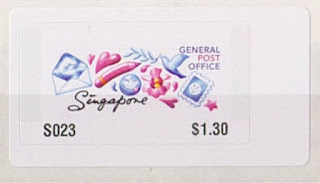 🇯🇪 In Blog 1146 I detailed the issue which Jersey Post plans to release on 26 January 2018 on the subject of 'The 1960s'. I now illustrate below the accompanying miniature sheet:- 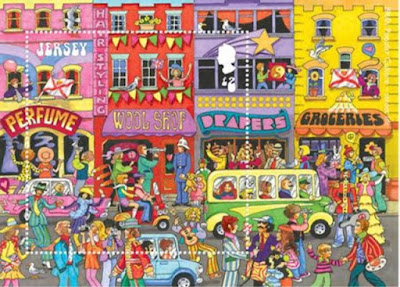 🇬🇬 In Blog 1157 I mentioned the new Post and Go labels which Guernsey Post plans to release on 14 February 2018. The designs of the 6 stamps are now depicted below and feature local flowers. The art work is delightful. Rating:- *****. 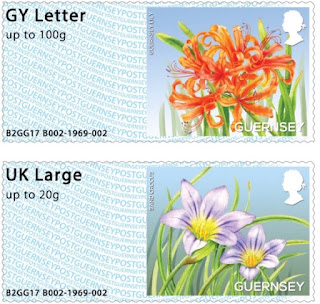 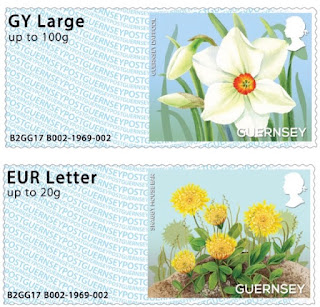 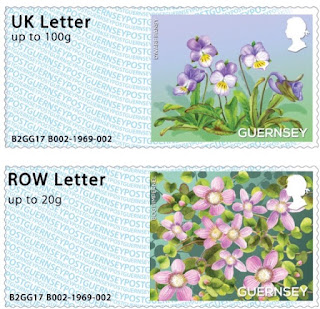 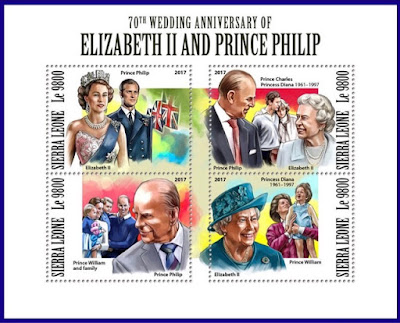