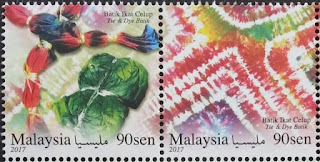 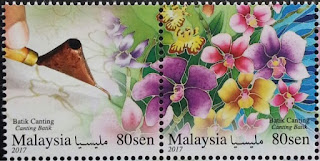 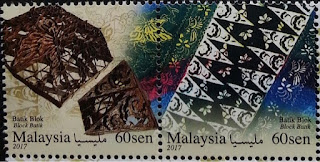 Previously, Pos Malaysia had issued a set of 3 stamps and 1 miniature sheet on 2 June 2017 as the third part of its ongoing Festive food series this time depicting Malay food. This is an excellent little series and I very much like the food illustrations used in the series. Rating:- ****. 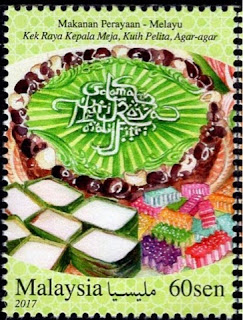 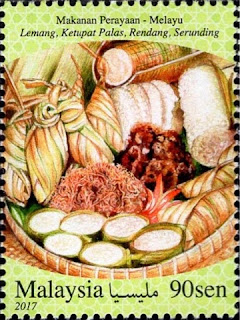 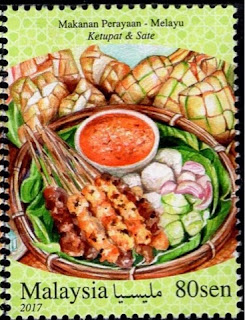 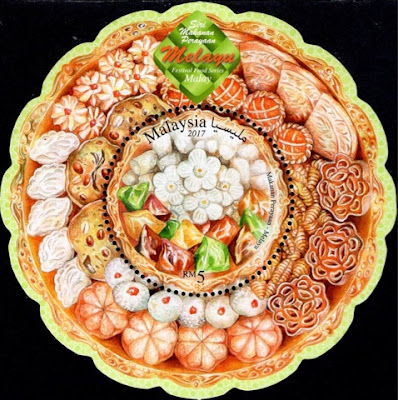 🇲🇹 MaltaPost issued a commemorative cover with a special stamp plus label affixed to it which commemorated the 10th anniversary of the canonisation of St. George Preca whom Pope John Paul II had dubbed "the Second Apostle of Malta". He was the founder of the Society of Christian Doctrine and was a Third Order Carmelite, being known locally as "Dun Gorg".
The stamp is the "Map of Malta" greetings stamp with an attached label depicting St. George Preca. This item appears to only be available attached to the cover and not in unused state but is still worth obtaining particularly in view of the low cost of this commemorative item. Rating:- ***. 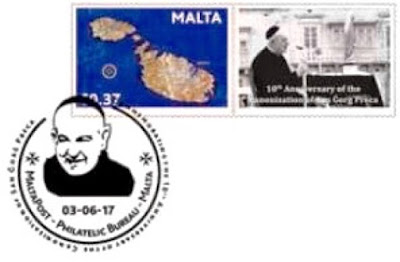 🇬🇬  In Blog 1021 I mentioned the set of 6 stamps and 1 miniature sheet on the subject of 'Coastal eclipses' which Guernsey Post is planning to release on 19 July 2017. This issue is now illustrated below. The publicity calls it "Costal eclipses", which is something to do with ribs, and which may explain why no coastal scenes appear on the stamps.
Nor do the eclipses have much to do with Alderney whose name appears in the inscription on the stamps - the featured eclipses illustrated are said to be in Vancouver, Miami, Hamilton (Bermuda), Dakar (Senegal), Saint Anne (Alderney) and Anadyr (Russia). This ill-judged issue, designed by The Potting Shed, is more of a vehicle for a philatelic gimmick than for good design since, if heat is applied to the stamps, the eclipse fills out into a complete "moon" as shown in the illustration of the miniature sheet below. The issue was lithographed by Enschede and perforated 13.5 X 14. Rating:- *. 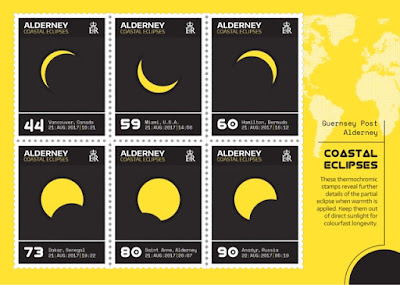 The Guernsey Post Philatelic Bureau "tweeted" on 22 June 2017 that on that day its "Lighthouses" Post and Go stamps were being dispensed from kiosk GG01 in Smith Street post office with an additional inscription applied which welcomed tourists on board the cruise ship Ventura which was in port that day.

Back to Pos Malaysia which also issued a sheetlet of 8 stamps (2 each of 4) with attached labels on 20 June 2017 to commemorate Father's Day. It's an amusing item which seems to equate fatherhood with silly moustaches and hats dating back to the mid 20th century - oh, and pipe smoking. What else can you say? Rating:- ***. 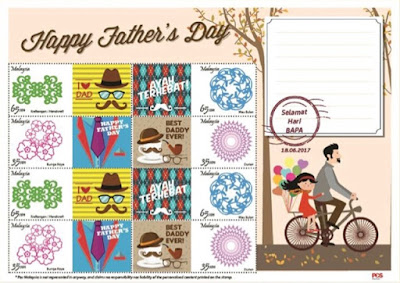 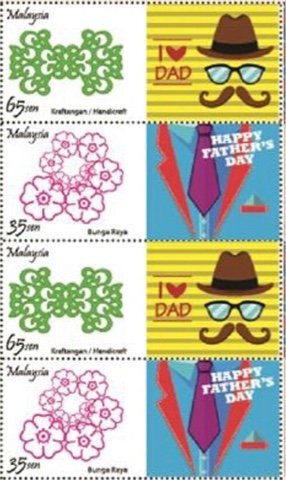 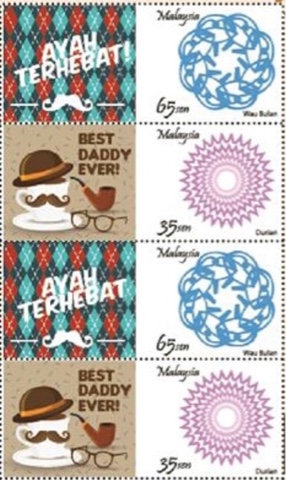 🇸🇱 Stamperija is changing the type of products it's issuing which appears to involve more "stamps" or sheetlets per issue and thus larger potential profits if there's anyone around who is prepared to buy the stuff. Thus we now have sets of 4 stamps but not produced as sheetlets of 4 different stamps but as 6 identical stamps printed in 4 sheetlets, hence anyone who has it in mind to buy sheetlets will be buying 24 stamps instead of 4. Now too another new phenonomen - sheetlets of 8 different stamps! Is Stamperija getting desperate?
The latest products include a sheetlet of 8 stamps which commemorates someone called Billy Karam
who is, apparently, the Guinness World Record holder for having the largest collection of model cars and dioramas (so he's someone who really deserves to be depicted on a set of stamps then). Mr Karam is also celebrated with an accompanying miniature sheet. Well done Mr. Karam.
Oh by the way, the name of Sierra Leone is printed on this and the following items:- 4 stamps and 1 miniature sheet sets on the following subjects:- 70th death anniversary of Henry Ford, 165th anniversary of the death of Louis Braille, 190th anniversary of the death of Ludwig van Beethoven, 55th birth anniversary of the late Steve Irwin (naturalist), 95th anniversary of the death of Alexander Graham Bell, 50th anniversary of the publication of Mikhail Bulgakov's ""The Master and Margarita", Commemoration of Pope Francis and the 35th Birthday of The Duke of Cambridge.
The stated date of issue is 30 May 2017. Rating:- 0. 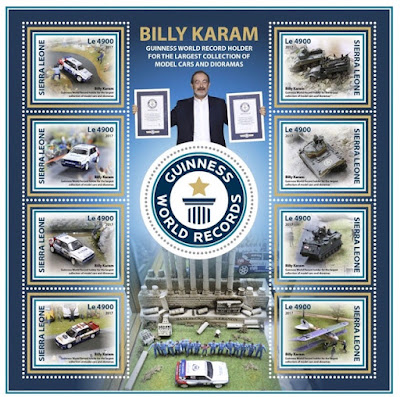 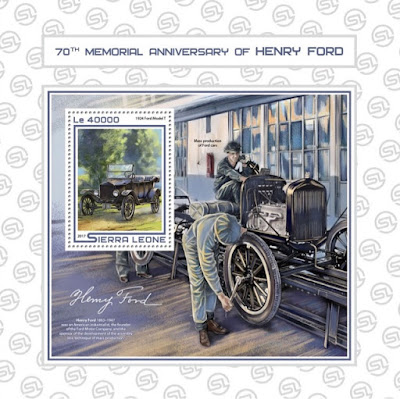 🇸🇧 Stamperija has also released various products with the name of Solomon Islands printed on them. These revert to the format of sheetlets of 4 different stamps and accompanying miniature sheets on the following subjects - "Ships that never sailed", Butterflies, Lighthouses, Turtles, Orchids, Pandas, Polar bears, Whales, Fish, Tigers, Parrots, Cats and 135th Birth Anniversary of US President Franklin D Roosevelt. These items, stated to have been issued on 15 May 2017, are similar in appearance to all other Stamperija products and it is pointless to waste time adding illustrations of them to this Blog. Rating:- 0.