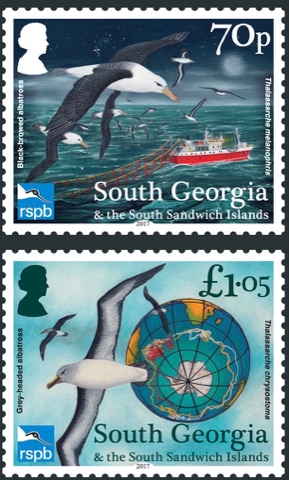 🇬🇧 The postal administration of South Georgia And The South Sandwich Islands will issue 4 stamps and 1 miniature sheet containing those stamps on the subject of Albatross Conservation on 25 June 2017. This highly attractive issue was designed by Leigh-Anne Wofaardt and lithographed by Cartor and perforated 13.5 x 13. Rating:- *****.
The stamps depict the light-manteled albatross, the black-browsed albatross, the grey-headed albatross and the wandering albatross. 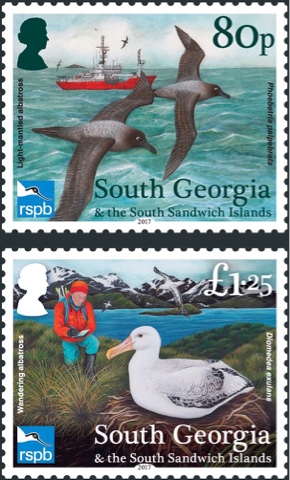 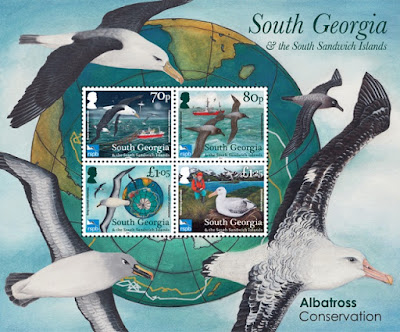 🇦🇺 Australia Post will issue 1 gummed stamp and 1 self-adhesive stamp from $20 booklets of 20 stamps on 17 June 2017 to commemorate the Centenary of Lions International. I do not find this stamp to have a very interesting design. Rating:- *. 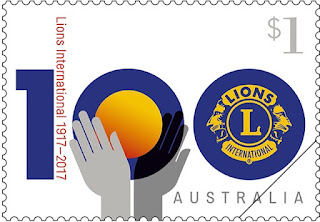 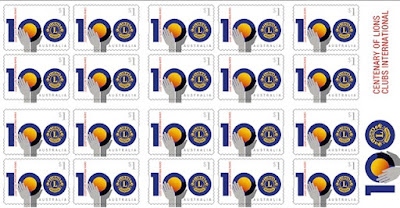 🇳🇵 As Nepal was never part of the British Empire or of The Commonwealth I would not normally mention its Post Office's stamp issues but of course the country has a long history of close links with Great Britain, being a next door neighbour of the old British Empire in India and now of modern day India and it has close military links with Britain through its constant supply of Gurkhas to the British army. A stamp issued by the Nepal postal service in 2016 commemorates these links by marking the Bicentenary of Anglo-Nepali relations and I'm adding this to my collection perhaps on a page all to itself in my South Asia albums. The design isn't exactly sophisticated but it's an important anniversary and Nepali politicians have in the past raised the question of joining other SAARC countries in membership of The Commonwealth so I give it a rating of ****. 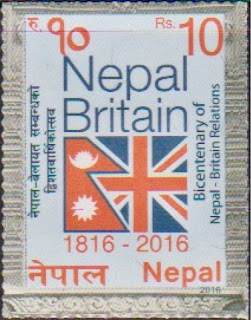 🇲🇾 Pos Malaysia issued a sheetlet of 8 stamps (2 x 4) with attached labels on 2 June 2017 on the subject of the Moslem Eid festival. 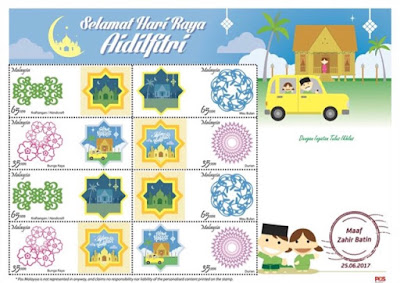 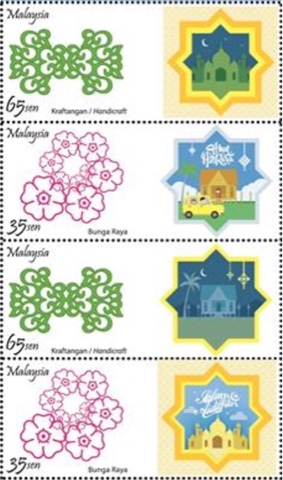 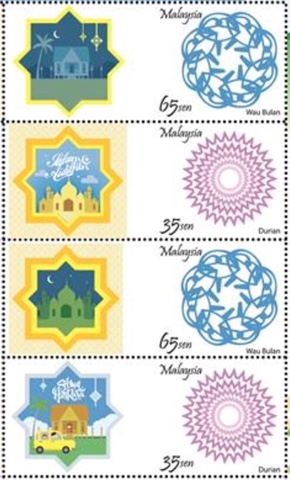