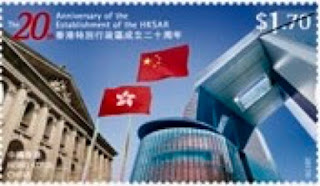 Hong Kong Post will issue a set of 4 stamps and I miniature sheet on 1 July 2017 to commemorate the 20th anniversary of its return to Chinese sovereignty. The set was designed by Shirman Lai and lithographed by Enschede and perforated 14 x 13.5. Rating:- *****. 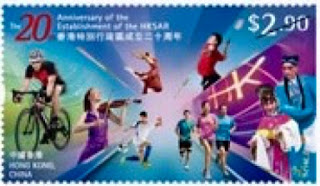 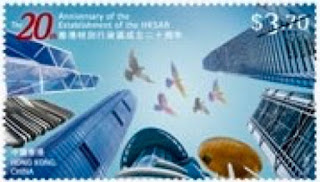 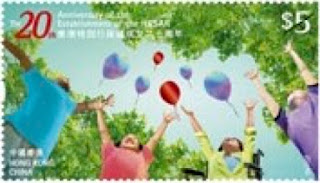 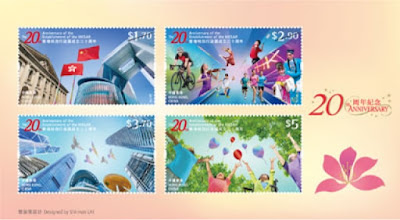 On 1 July 2017 Hong Kong Post will also issue a "mini-pane" of 10 x HK$1.70 stamps as a joint issue with China Post and a souvenir sheet will also be released which contains 1 x HK$1.70 and 3 China stamps (values - RMB1.20, 1.20 and 1.50). The issue commemorates the 20th anniversary of the return of Hong Kong to Chinese sovereignty and was designed by Hon Bing-wah and lithographed by the Beijing Postage Stamp Printing House and perforated 13. Rating:- **. 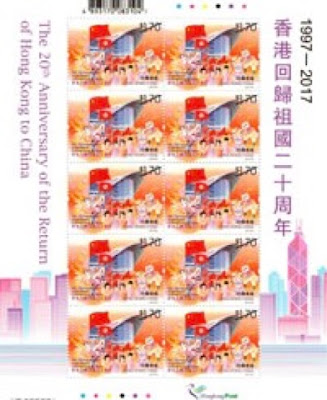 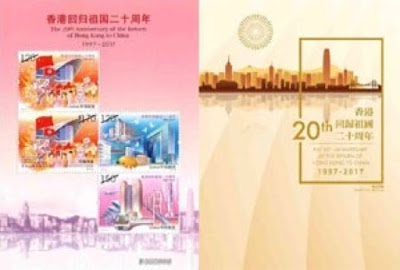 🇮🇲 The Isle Of Man Post Office issued a set of 6 stamps on 20 June 2017 to commemorate the Platinum wedding anniversary of The Queen and The Duke of Edinburgh. The designs feature various photographs of the royal couple at various stages of their marriage. The designs are not very original but are generally bright and colourful. Rating:- ***.

🇮🇳 India Post issued 2 stamps and 1 miniature sheet on 22 June 2017 to commemorate the 250th anniversary of the Survey of India which is the country's central engineering company charged with mapping and surveying to consolidate the territories of the British East India Company. The British surveyor, Colonel William Lambton, commenced the Great Trigonometry Survey in 1802 and the project lasted 5 decades being completed by Survey General Lieutenant George Everest in 1852. Radhanath Sikdar measured the height of Mount Everest in 1852.
For such a significant anniversary this is an incredibly uninteresting set of stamps - dull and drab and unimaginative. Rating:- *. 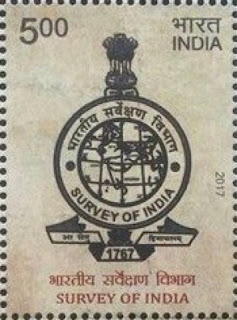 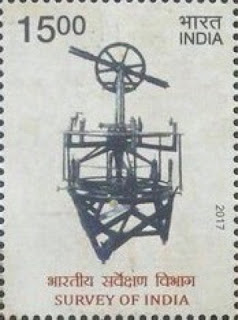 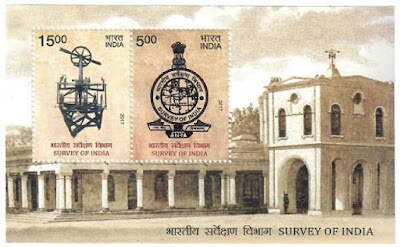 On the following day, 23 June 2017, India Post released an equally dull and uninteresting single stamp to mark the 50th anniversary of the passing of the Passport Act by the Indian Parliament. Rating:- *. 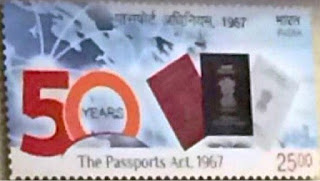