🇬🇭🇿🇲 A recent e mail from IGPC has depicted designs of upcoming philatelic products it is releasing on behalf of its client postal administrations. Among the illustrations is that of a sheetlet of 9 stamps which depict "Colourful Birds" with the name of Ghana printed on them. If this item really has been released (it has not yet appeared on the IGPC website) or is soon to be released then it is worth noting that it is almost identical to a sheetlet issued by IGPC in 2000 with the name of Zambia printed on the stamps (then titled "Birds of the World"). If it is necessary to reuse old designs in such a blatant way and to avoid the cost of designers' fees then things really must be in a bad way over in New York. And what a rip-off for collectors especially those who buy bird-themed stamps. Rating:- 0.
I note that the excellent site "Birds of the World on postage stamps", edited by Chris Gibbons, has also picked up on this "recycling" and of course the species of birds featured on the stamps are identified on that site. I seem to recall that the sheet designer was Denis Burckhardt who produced numerous wildlife designs in an easily identifiable style for IGPC in the 1990s to 2000s. I wonder if we'll see more of this reworking of old designs from the "World's Most Respected Philatelic Agency" as IGPC has previously described itself. 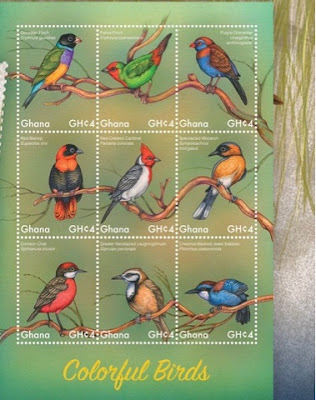 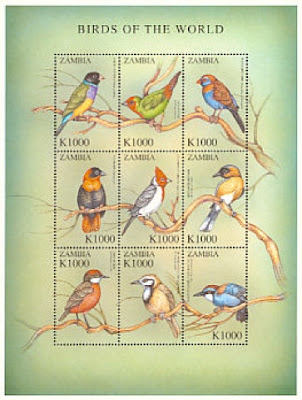 The e mail also includes an illustration of a miniature sheet on the subject of "Marine Predators" which feature sharks and has the name of St. Vincent And The Grenadines printed on the stamps. I never understand why countries with glorious beaches and turquoise blue seas surrounding them allow their philatelic agencies to depict creatures such as sharks on stamps issued in their name - it must be very off putting and unsettling for any tourist who gets a glimpse of such items. Rating:- 0. 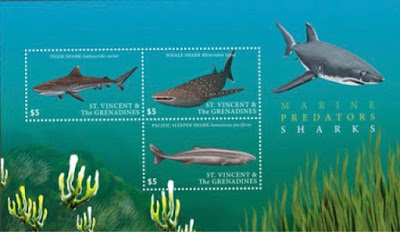 🇭🇰 Hong Kong Post will issue a set of 5 stamps, 1 miniature sheet and a HK$23.10c Prestige booklet on the subject of the "Centenary of numbered typhoon signals" on 13 June 2017. The issue was designed by Yan Kallen and lithographed by Cartor and perforated 13.5 (miniature sheet is perforated 14.5). Rating:- ***. 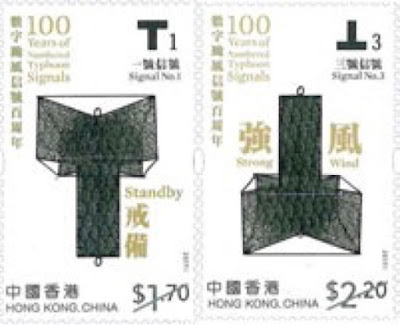 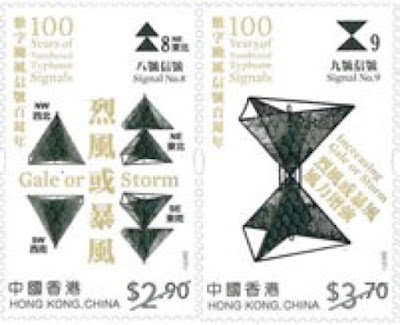 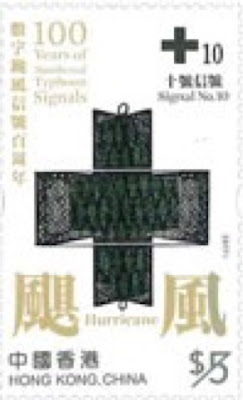 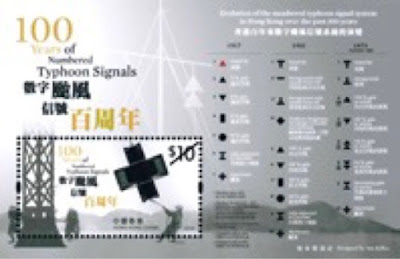 There will be a second issue from Hong Kong Post during June - specifically 20 June 2017 - to commemorate the 20th anniversary of the stationing of the Chinese People's Liberation Army in Hong Kong. The issue was designed by Jason Chum and lithographed by Cartor and perforated 14. Rating:- ***. 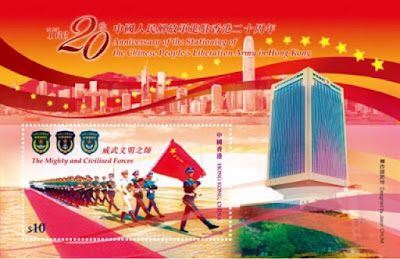 🇯🇪 Depicted below is the miniature sheet mentioned in Blog 1017 to be released by Jersey Post on 10 July 2017 to commemorate the Bicentenary of the invention of the kaleidoscope by Sir David Brewster, a Scotsman who had been experimenting on light polarisation from 1814 onwards. The sheet is even prettier and more colourful than the single stamps but apart from the clever idea of featuring Jersey wildlife and so on in the kaleidoscopic patterns why on Earth is this issue of relevance to Jersey? Sadly, Rating:- *. 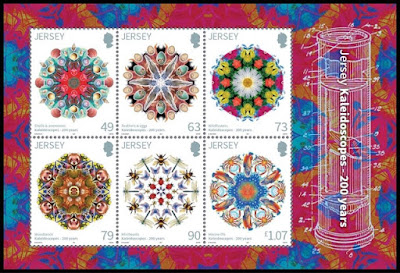 🇮🇲 In addition to the 6 stamps issued by the Isle of Man Post Office on 10 June 2017 to commemorate the 96th birthday of The Duke of Edinburgh a sheetlet containing 3 sets of 6 stamps was also issued and sold for £7.06p. While I very much like the basic set I am not at all enthusiastic about this large and expensive item and will not be adding it to my collection. Rating:- 0. 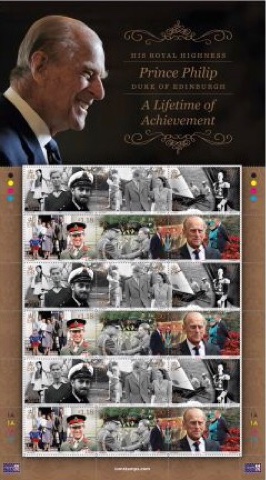