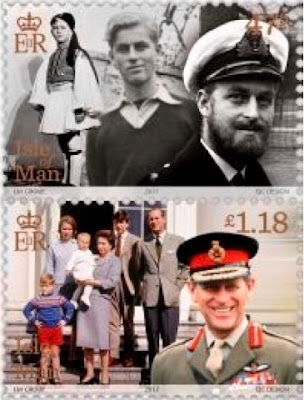 🇮🇲 The Isle Of Man Post Office will issue a set of stamps made up of 2 se-tenant strips each of 3 different stamps as a tribute to The Duke Of Edinburgh who will be 96 on 10 June 2017. He has recently announced his retirement from most formal royal duties and with his usual, if sometimes controversial good humour, having been told by one admirer at his sadness that the Prince was "standing down" he replied "most of the time I can't stand up!
The set was designed by EJC Design and lithographed by Lowe-Martin and perforated 14 and will be released on the day of the Duke's birthday, 10 June. Rating:- ****. 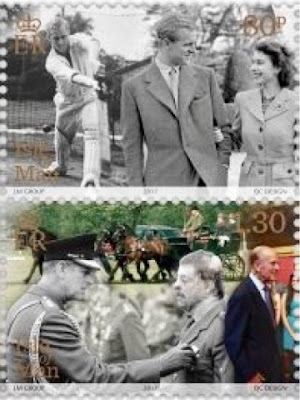 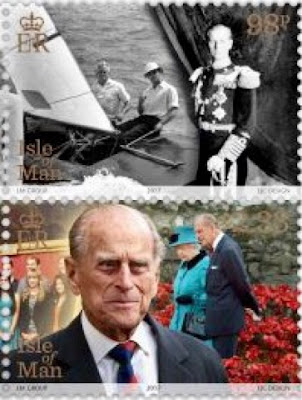 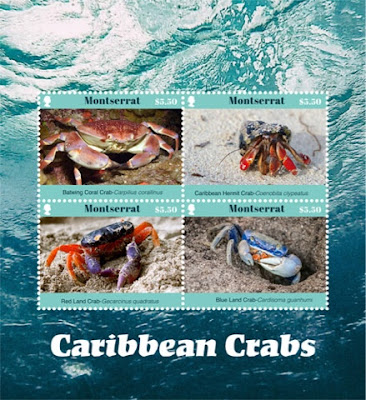 🇲🇸 IGPC issued a sheetlet of 4 different stamps and 1 miniature sheet in the name of its client postal administration- Montserrat - on the subject of Caribbean crabs on 11 May 2017. This is a typical IGPC issue but at least has a vague relevance to Montserrat. Rating:- **. 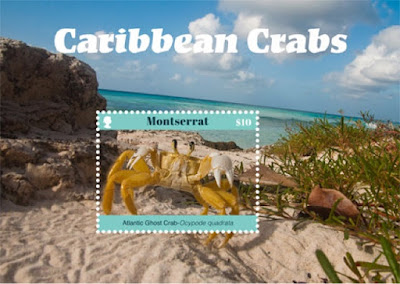 🇬🇩 Also released by IGPC are 3 miniature sheets each containing 4 different stamps with the name of Grenada Carriacou And Petite Martinique inscribed on them. This issue, exploiting the memory of the tragic Diana Princess Of Wales, on the occasion of the 20th anniversary of her death in a motor accident is said to have been issued on 15 May 2017. Rating:- 0. 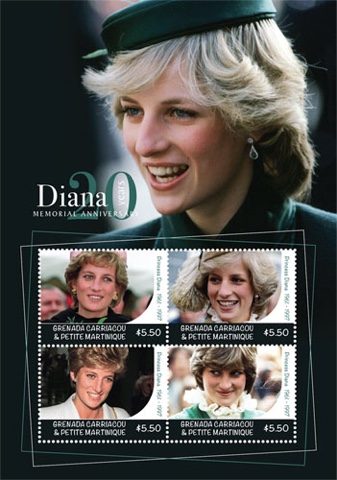 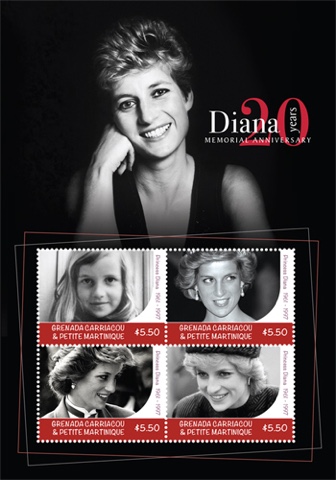