🇬🇮 The Royal Gibraltar Post Office will issue a miniature sheet of 4 different stamps and a single £5 stamp in sheetlets of 10 stamps later this year to commemorate the 50th anniversary of the 1967 referendum held in the territory in which the citizens of Gibraltar were asked to decide whether they wished to pass under the sovereignty of Spain or to remain under British sovereignty. the result of the referendum was that 99.64% wished to remain British and only 0.36% chose the option of the territory passing to Spanish sovereignty. I do not yet know the date of issue of this set but as the referendum was held on 10 September it is not unreasonable to expect that the date of issue will fall about that date. Rating:- *****.
It is also planned to issue a miniature sheet on 19 June 2017 to commemorate the Centenary of the announcement by King George V during the First World War that the name of the Royal House - the ultra Germanic Saxe-Coburg-Gotha - would be changed to The House of Windsor. The stamps in the miniature sheet each depict a monarch of the House of Windsor - George V, Edward VIII, George VI and the current Queen, Elizabeth II.
The issue was designed by Stephen Perera and lithographed by Lowe-Martin. Rating:- ****.

🇬🇧 New Royal Mail Post and Go labels have been announced - kiosk A011 sited at the Royal Signals Museum will dispense Union Jack labels with "a new logo" from 9 June 2017 "until the stamp is replaced with the Poppy stamp" (presumably October or November). The new inscription will commemorate the White Helmets Motorcycle Display Team which is being disbanded - the announcement of this issue notes that "Motor cycles were used extensively by the Royal Signals as courier transport".

Meanwhile kiosk A006 sited at the HMS Trincomalee Museum will commemorate the ship's bicentenary by dispensing Union Jack and Machin Head labels with an appropriate additional inscription. These stamps will be dispensed from 16 June until October 2017 when a further new inscription will be used to commemorate the Bicentenary of the ship's launch.

🇧🇼 Stampboards currently has a discussion on the subject of stamp issues about the centenary of the Russian Revolution and an "issue" purporting to have been issued by Botswana Post has been featured. The issue is made up of 6 single-stamp miniature sheets, 1 two stamp miniature sheet and 1 sheetlet of 4 different stamps. This is a BOGUS issue produced illegally without the permission of Botswana Post and similar to those featured in Blog 586. Avoid. 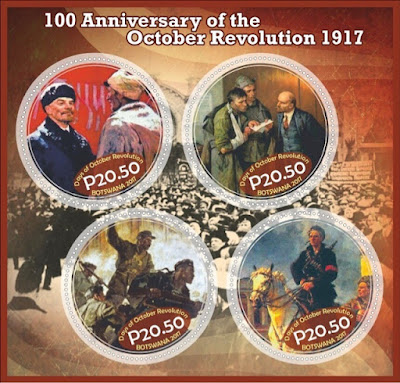 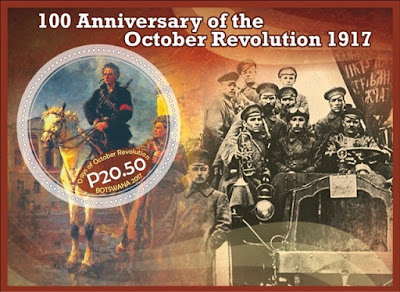 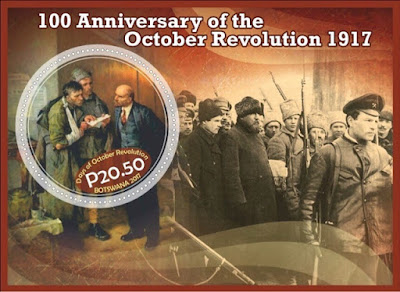 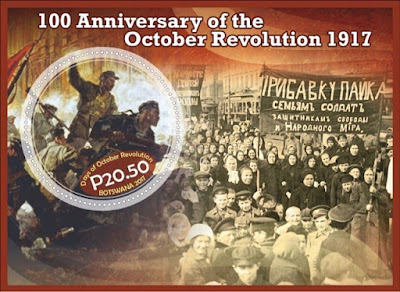 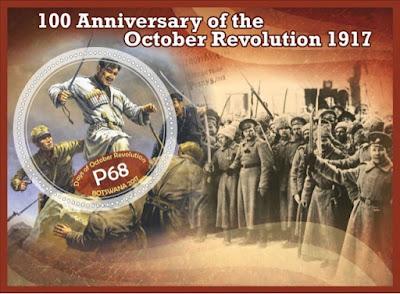 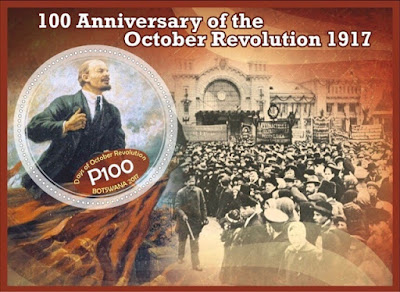