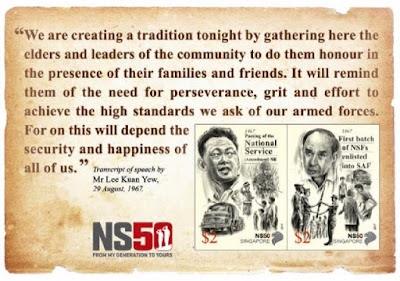 🇸🇬 Singapore Post issued a set of 5 stamps and 2 miniature sheets (one termed "a Collectors sheet") on 14 March 2017 to commemorate the 50th anniversary of National Service in Singapore. One of the stamps depicts the country's father figure, Lee Kuan Yew, who has been depicted on stamps of Singapore only rarely (see Blog 541) and for that reason the issue is quite notable. The issue was designed by Leo Teck Chong and lithographed by Secura and perforated 13. The 2 1st Local stamps have also been issued in a self-adhesive sheetlet of 10 stamps (5 x 2 stamps). Rating:- *****. 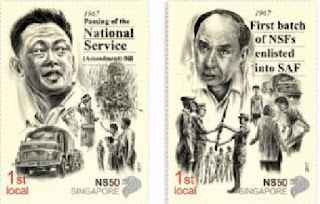 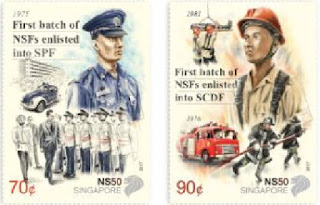 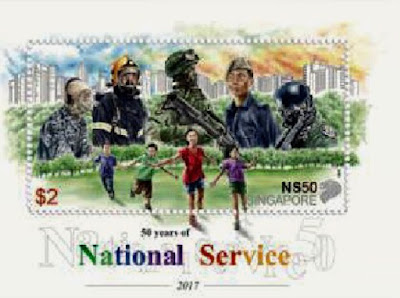 🇳🇦 The postal service of Namibia, Nam Post, issued a miniature sheet on 3 March 2017 to commemorate the hosting of the 12th Assembly of the Lutheran World Federation in Windhoek. As usual it is an interesting and well designed item. Rating:- ****. 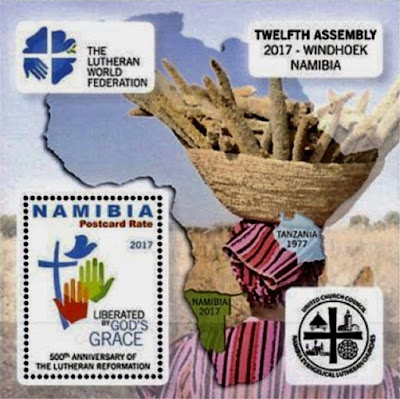 🇬🇧 Royal Mail will issue a new Post and Go stamp on 21 April 2017 on the occasion of the 2 day 88th Congress of the Association of Scottish Philatelic Societies to be held in Perth. Two kiosks will be present at the congress - A012 and A014. A012 will dispense the Thistle labels and the Machin Head labels with additional inscriptions "88th Scottish Congress 2017" and importantly the Thistle labels will be available for the first time printed digitally in single design strips. A014 will dispense the Thistle and Heraldic Lion labels with the same additional inscription. Rating:- *. 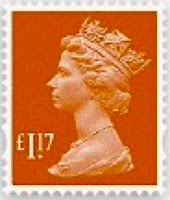 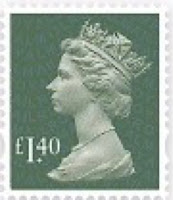 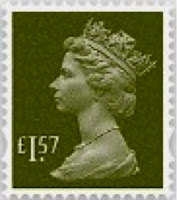 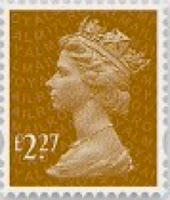 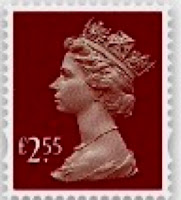 🇬🇧 On the same date Royal Mail also issued 8 new stamps in the £1.17p and £1.40p values for the 4 regions of The United Kingdom - England, Northern Ireland, Scotland and Wales. The stamps were lithographed by International Security Printers and perforated 15 x 14. Rating:- **. 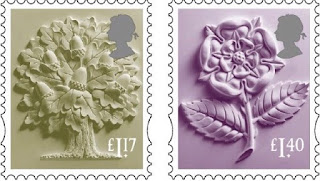 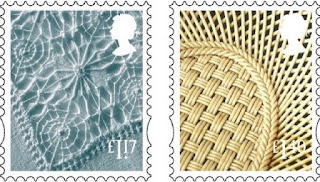 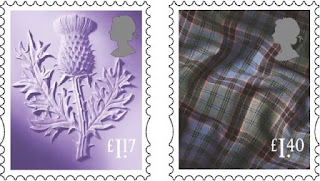 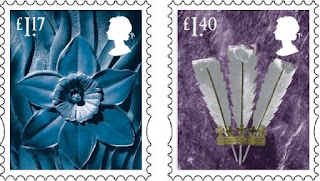 🇮🇳 A "My Stamp" sheetlet of 12 stamps with attached labels was released by India Post on 10 February 2017 to commemorate Energy Efficiency Services Ltd. Rating:- *. 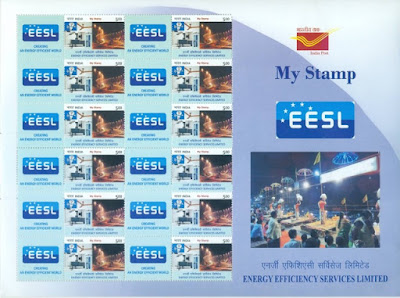 🇿🇦 The South African Post Office has issued a self-adhesive sheetlet made up of 10 different stamps to commemorate the Centenary of the University of Fort Hare. I do not yet know the date of issue. 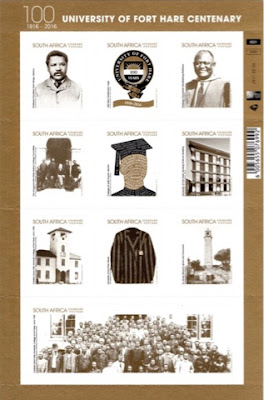