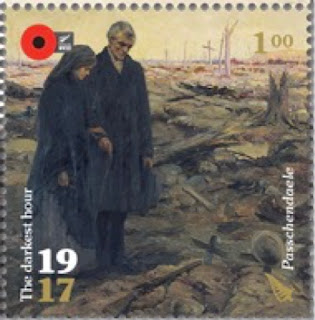 🇳🇿 New Zealand Post will issue the 4th part of its ongoing Centenary of the First World War commemorative series on 5 April 2017. The issue is made up of 10 different stamps issued in a sheetlet as well as a block of 6 x $1 stamps, 2 miniature sheets (one with 6 different stamps and 1 with 4 different stamps) and a $39.90c booklet which contains 12 different miniature sheets. The issue is titled "The Darkest Hour" and deals with the events of 1917 including the use of tanks in the war, the Palestine Campaign and the Battle of Passchendaele. Those interested in the theme of "Medicine on stamps" will be interested in one of the values which deals with plastic surgery and its use on some of the terribly maimed soldiers. This is an excellent and worthy set, beautifully designed by Strategy Creative of Wellington and lithographed by Southern Colour Print and perforated 14.5. Rating:- *****. 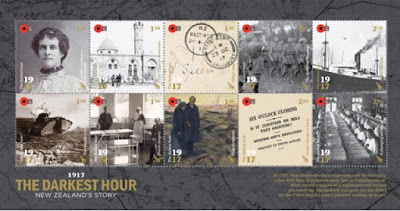 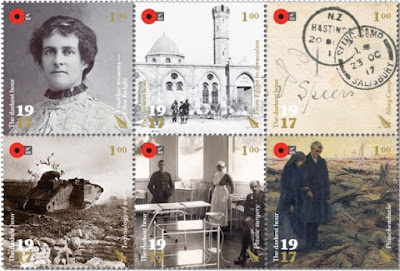 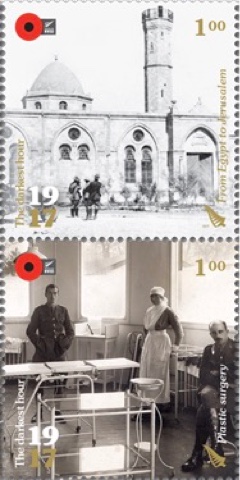 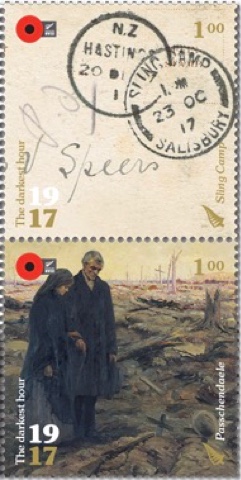 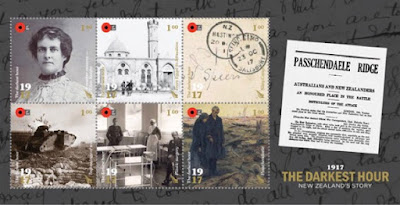 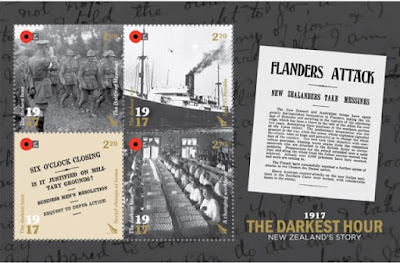 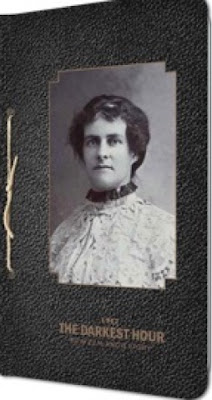 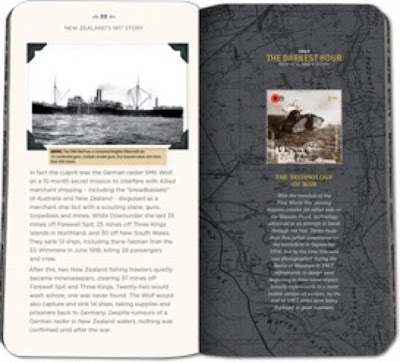 From the sublime to the ridiculous:- 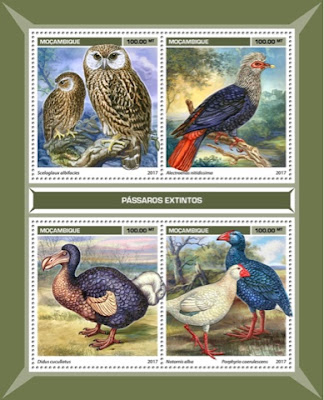 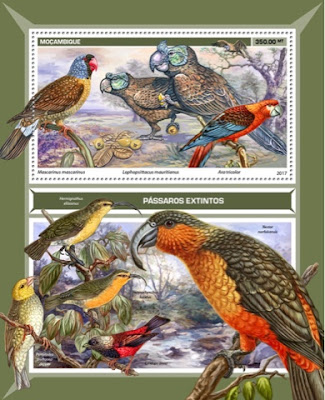 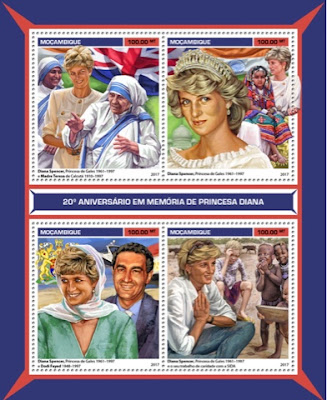 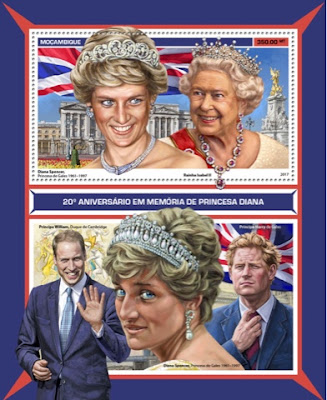 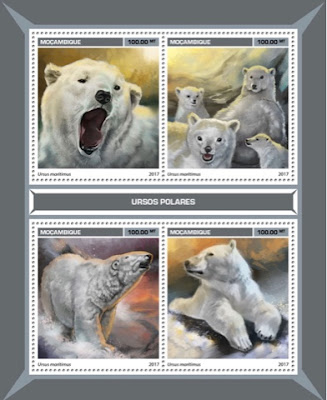 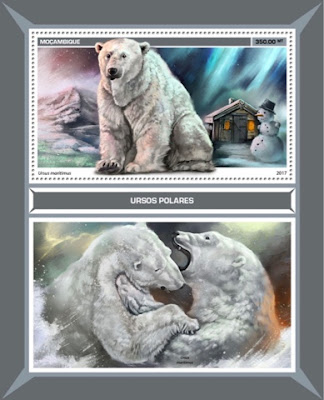 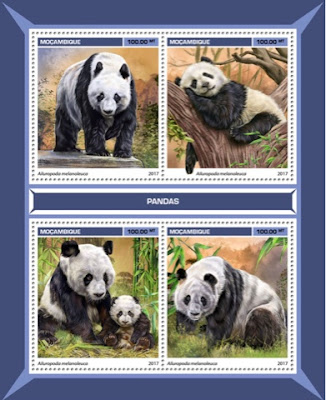 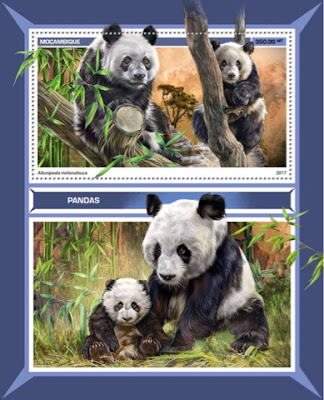 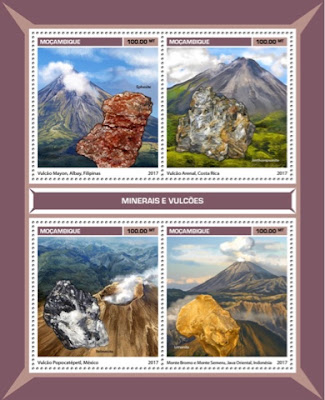 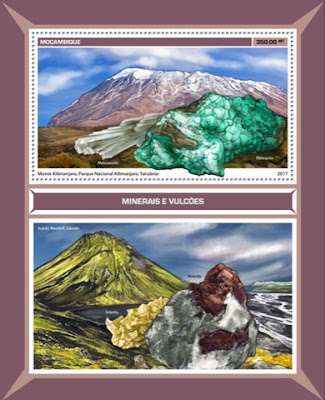