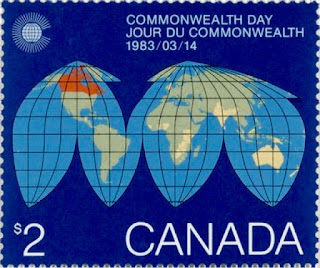 Commonwealth Day is celebrated this year on 13 March. Issues to celebrate the commemoration are infrequent although almost every independent country and dependent territory in The Commonwealth did participate in a memorable omnibus issue in 1983.
The United Kingdom adopted Empire Day in 1904 and the celebration of the event spread across the Empire and Commonwealth. The name of the event was changed to Commonwealth Day in 1958. The theme of the 2017 commemoration is a "Peace Building Commonwealth".
The date of Commonwealth Day changes from year to year as it always falls on the second Monday of March - in 2018 it will be celebrated on 12 March. The Commonwealth Heads of Government Meeting (CHOGM) which should have been held in Vanuatu during 2017 but was postponed due to damage done to the country's infrastructure following a cyclone has been put back to spring 2018 and will be hosted by The United Kingdom in London and Windsor with people from many Commonwealth countries living in the British capital. It might have been apt if the meeting's dates had coincided with Commonwealth Day so that the various heads of government could have been present with The Queen for the special occasion. The Queen was thought to have attended her last ever CHOGM in 2015 in Malta since long-distance travelling was becoming increasingly difficult for her as she became a nonagenarian but the holding of the meeting in the capital of England including Buckingham Palace and Windsor Castle enables her to attend the meeting with ease. The actual dates of CHOGM will be during the week which includes 16 April.
The single stamp issued by Canada (see above) for Commonwealth Day in 1983 as part of the multi-territory omnibus shows a map of the world (tactfully missing out the disputed territories of Antarctica) with the Commonwealth countries highlighted. The map has changed somewhat since then because Zimbabwe is no longer a member of The Commonwealth whereas South Africa has rejoined the organisation and Mozambique, Namibia, Cameroon and Rwanda have all joined the
international group.
The Canadian stamp also shows the Commonwealth emblem as it was in 1983 - the flag of The Commonwealth placed the emblem at the centre of a blue field. The flag had been adopted firstly in 1976 but was modified in 2013 to a slightly simpler version. The flag has featured only rarely on any Commonwealth country stamps - it did appear in its original form on one of The Cayman Islands Commonwealth Day stamps alongside the Cayman's national flag issued in 1983. 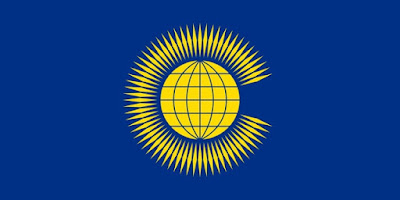 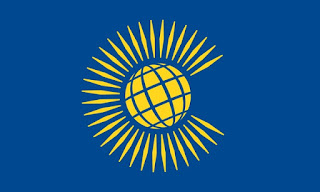 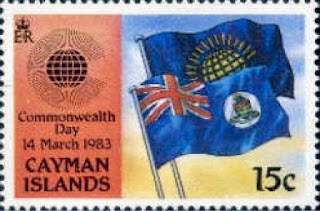 On this Commonwealth Day then, the prospects for the organisation are looking quite good. After the removal of the tyrannical Yahya Jammeh in The Gambia, we might expect that country to rejoin the organisation in the near future. The prospect of Zimbabwe's return very much depends on how much longer the wizened old dictator Robert Mugabe carries on living as there's little sign that he'll give up power in the country whilst he continues to breathe.
The continuing political problems in Maldives prevent that country's readmission to The Commonwealth and the ongoing civil war in South Sudan means that the world's newest country will not be allowed to join the Commonwealth in the foreseeable future. Perhaps, in this radically changing world, Mr. Trump will put forward USA's membership application on behalf of the 13 former colonies, I'm not really sure if I'm up to adding the stamps of USA to my Commonwealth collection!

🇳🇺 The postal service of Niue will issue 4 stamps and 1 miniature sheet on 5 April 2017 on the subject of local reptiles including a worrying-looking sea snake. The interesting and attractive issue was designed by Hannah Stancliffe-White and lithographed by the Collectables and Solutions Centre in Whanganui and perforated 13.5. Rating:- ****. 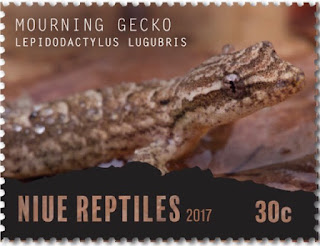 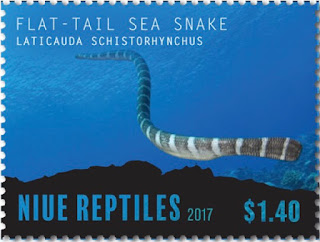 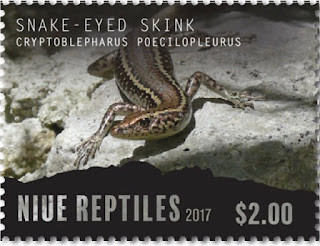 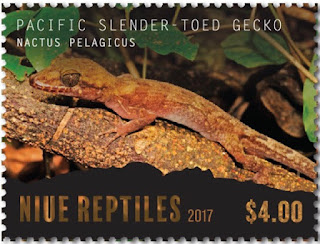 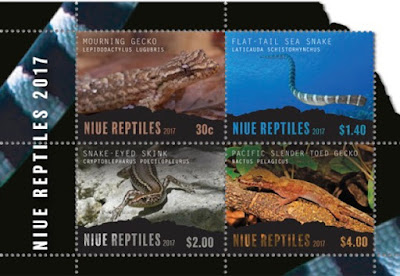 🇦🇶 What is the main subject of conversation in Britain at the moment? Brexit? Another Scottish referendum? The political crisis in Northern Ireland? No, of course not.
The answer is .... Boaty McBoatface. What?, you say. Boaty is the name chosen by the British general public for the United Kingdom's new polar research vessel but the British government thought that the name was rather lacking in gravitas to be applied to a ship which instead will be called the Sir David Attenborough after the famous naturalist and television presenter.
The British public had however taken the name of Boaty McBoatface to its heart and it is a rather good name to waste and so the British government chose to give the name to a new deep water submarine, spectacularly yellow in colour, which is for use in Antarctica and which is being taken to the area this week.
Hopefully, Creative Direction which is responsible for the production and design of stamps of The British Antarctic Territory, will come up with a set of stamps, or perhaps a miniature sheet, to commemorate the arrival of Boaty in Antarctica in the near future - it's an issue which I'm sure could make the general news and could well be a good seller to non-stamp collectors if it is reasonably priced and if given the right publicity. I'm sure we will also see a set to commemorate the Sir David Attenborough when it commences its duties in Antarctica. 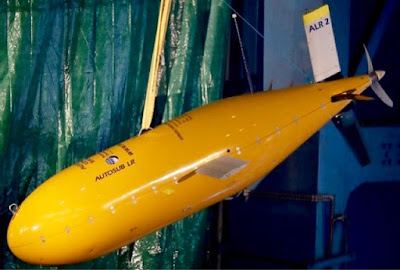 🇲🇿 in Blog 930 I mentioned that Stamperija had issued 14 sheetlets and 14 miniature sheets on 10 February 2017 all with the name of Mozambique printed on them. These was in fact a 15th sheetlet made up of 4 different "stamps" and miniature sheet also issued but said to have been "sold out" instantly which commemorated the Lunar new year (Year of the Rooster). A dealer is offering the issue for sale on the Delcampe auction site and I illustrate it below. Rating:- 0. 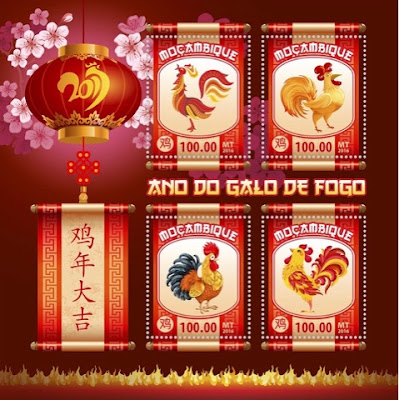 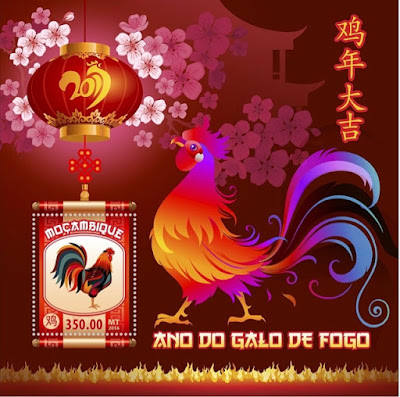