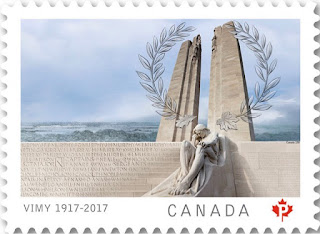 🇨🇦 Canada Post will issue a single stamp and 1 miniature sheet on 8 April 2017 as a joint issue with La Poste to commemorate the Centenary of the Battle of Vimy Ridge. The "P" value will be issued in self-adhesive format from booklets of ten and the miniature sheet is gummed. The issue was designed by Sarah Bougault and Susan Scott with the illustration being "inspired by Chris Howes". Rating:- *****. 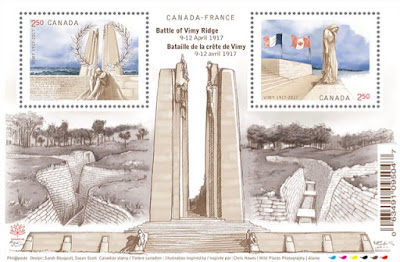 🇬🇸 Fish seem to be the subject of a number of issues this year and the next issue from the postal service of Ascension Island will continue this theme with a set of 6 stamps on the subject of Local Eels. The set uses photographs by Dr. Andrew Richardson of AIG Conservation and is unusual in its depiction of eels in a single set. Five species of Moray eels and a Spotted snake eel are shown on the stamps which were designed by Bee Design and lithographed by Lowe-Martin Group and perforated 13.5. This is another highly interesting issue from Creative Direction/Pobjoy, Rating:- *****.

🇱🇰 Sri Lanka Post issued a single stamp on 21 March 2017 to commemorate the Centenary of Girl Guiding in the country. The stamp was designed by P Isuru Chataranga and printed in lithography. Rating:- ***. 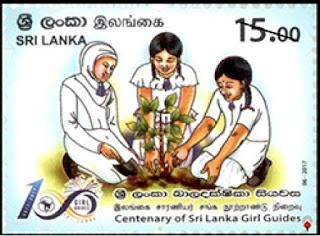 🇯🇪 Jersey Post issued a Commemorative sheet of 20 x "UK" rate "Jersey Flag" stamps with attached labels on 22 March 2017 on the subject of "Welcome to Jersey". In many ways this is an attractive item, including as it does many local scenes including a portrait of a pretty Jersey cow, but I generally dislike these extremely overpriced Commemorative sheets and gave up collecting them a long time ago. How much nicer it would have been to have a series of proper stamps featuring these images and sold at face value rather than at a premium price. So, despite this being an attractive item of local relevance, its rating is * and no more. 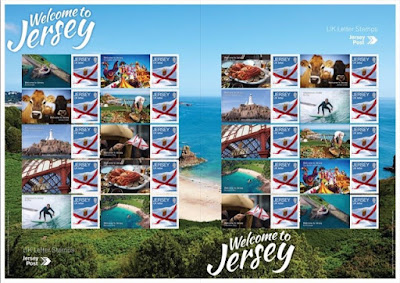 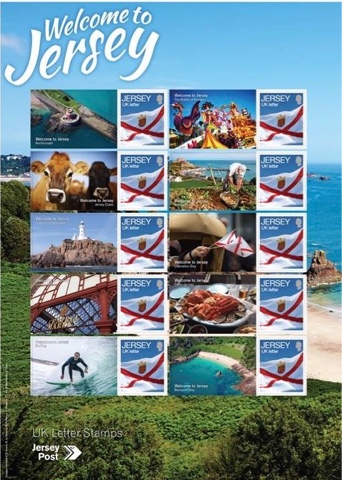 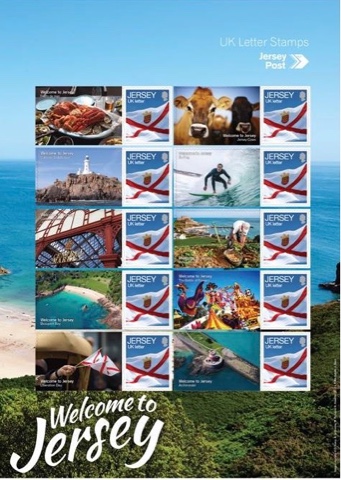