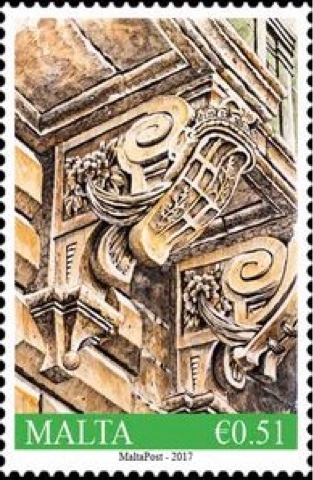 🇲🇹 Anyone who has had the pleasure to visit Malta will appreciate how the character of the island is brought out in the wonderful buildings that one sees all around one and therefore it's easy to understand why Malta Post issues a set of stamps annually which showcase various aspects of the island's architecture.
A set of 3 stamps will be released therefore on 30 March 2017 which depict the interesting balcony corbels which can be seen around the island; this will be the second such issue with another set of three on the same subject having been released in 2016. This attractive and interesting set was designed by Cedric Galea Pirotta and lithographed by Printex Ltd. and perforated 14. Rating:- ****. 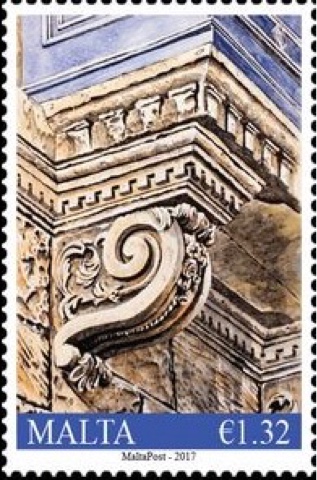 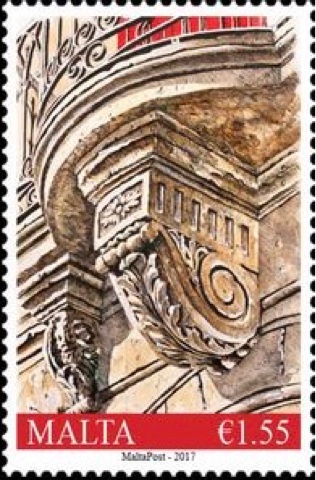 🇲🇾 Pos Malaysia issued a set of 3 stamps and 1 miniature sheet on 28 March 2017 on the subject of Calligraphy with regard to local festivals - Hari raya, Idil fitur and Chinese New Year. The set was designed by Shahrul Izhar, the calligraphy being carried out by Adam Ng, Mohd Fathi Roseli and Velu Perumal. Rating:- *****. 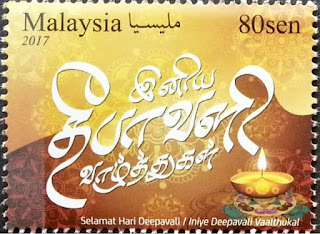 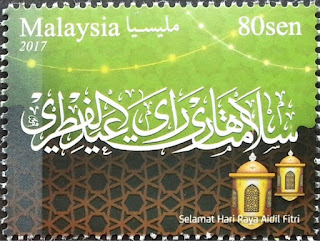 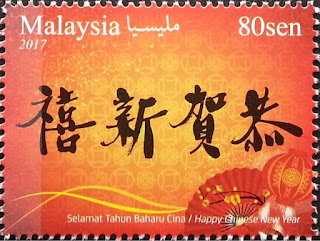 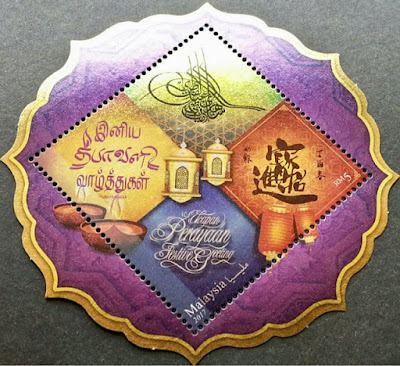 🇲🇲 The postal service of Myanmar has issued a single stamp which depicts General Aung San, the country's first foreign minister, by way of commemorating the 70th anniversary of Myanmar's Ministry of Foreign Affairs. This is an interesting little item and was issued on 17 March 2017. Rating:- **** 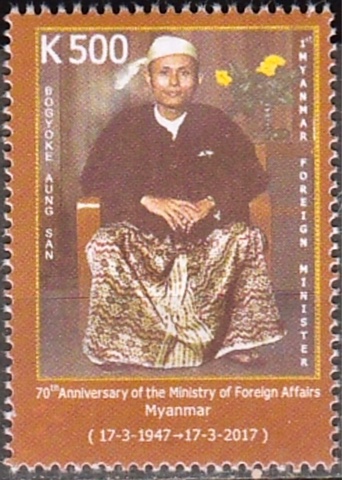