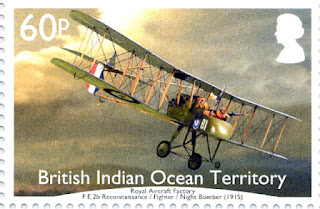 🇮🇴 To all intents and purposes the British Indian Ocean Territory is a giant military airbase in the middle of The Indian Ocean and so it is fitting that the territory's postal service should commemorate the Centenary of the First World War with a set of stamps which feature aircraft of that period. A set of 6 excellent stamps was released on 6 March 2017 with beautiful illustrations of World War I aircraft but I have not yet seen information which gives the identity of the stamps' designer.
This set is similar to the Royal Mail racehorses issue featured in Blog 926 in that the use of excellent original art gives the collector superb stamps to add to their collection. Rating:- ****** (yes, 6 stars). 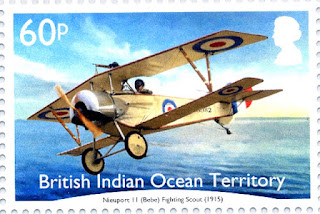 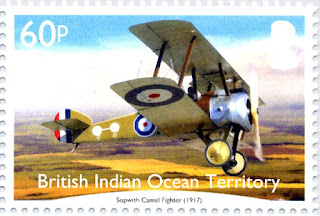 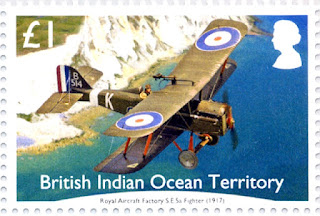 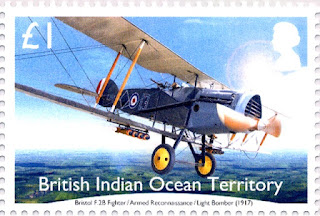 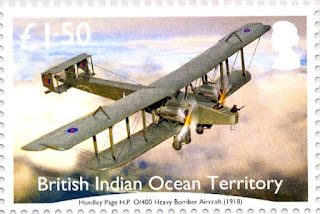 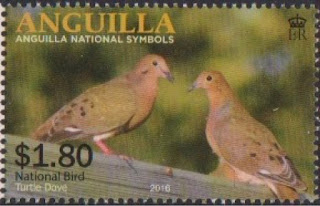 🇦🇮 In Blog 876 I mentioned the new set of 8 definitive stamps which was issued by the Anguilla postal service on 10 October 2016. The subject of the issue is "National symbols" and I now include illustrations of the actual stamps here. All sorts of themes are covered here including Birds, Trees, Boats and Flowers. It is a very attractive set and in comparison with some recent definitive sets from various other territories is not expensive. Rating:- *****. 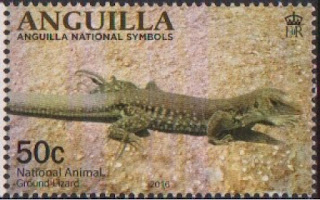 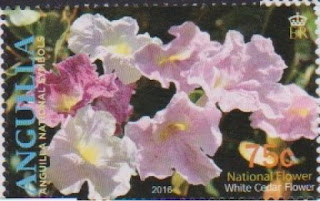 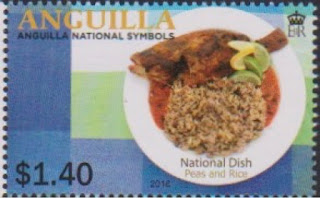 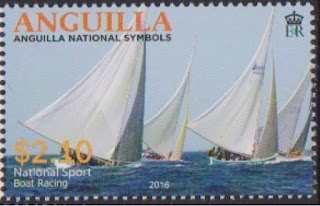 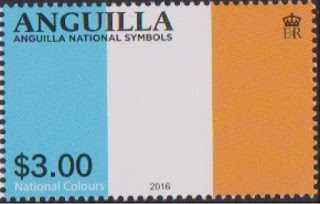 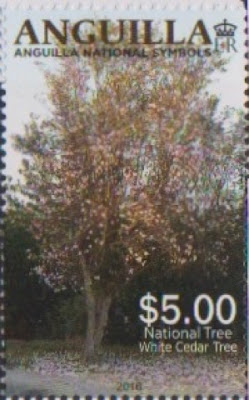 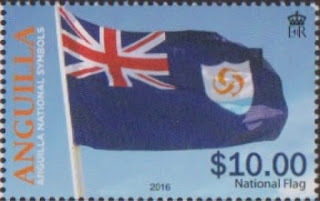 🇦🇺🇨🇽 As detailed in Blog 885 Australia Post issued a number of items with the inscription "Christmas Island Australia" printed on them including a "Zodiac sheet" and I now illustrate this sheet below rather clearer than was the case in Blog 885:- 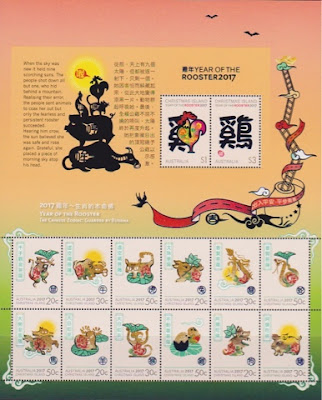 🇬🇧 Royal Mail will issue an Exhibition sheet on 24 May 2017 to mark its participation in the Finlandia 2017 Philatelic Exhibition to be held in Tampere from 24 to 28 May. The sheet is made up of 20 x 1st "Hello" Smilers stamps with attached labels which depict scenes relevant to the Exhibition venue. Rating:- 0. 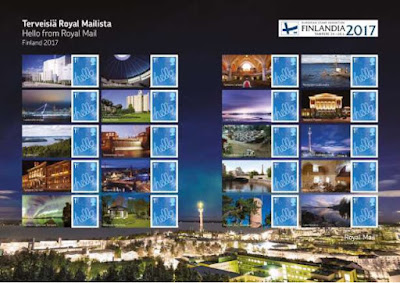 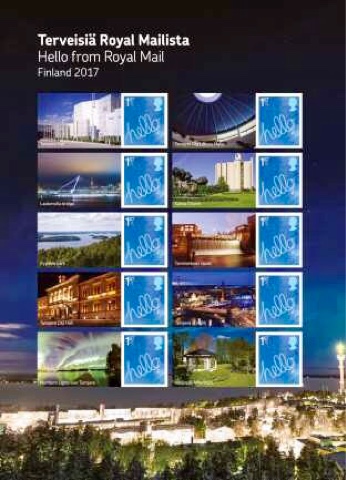 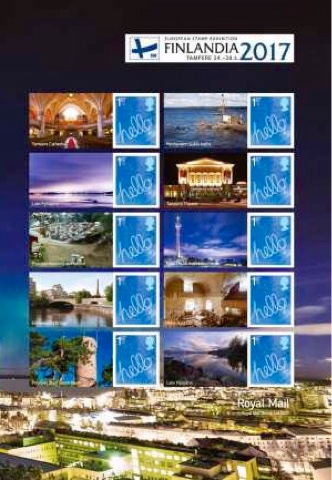