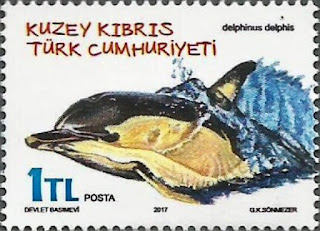 🇹🇷 The postal service of The Turkish Republic Of Northern Cyprus issued a single stamp on 23 February 2017 on the subject of Dolphins. The stamp was designed by GN Sonmezer and lithographed by Devlet Basimevi and is an interesting and attractive item. Rating:- *****.

🇧🇹 Bhutan Post has issued a sheetlet containing 4 different stamps and 1 miniature sheet on the fascinating subject of Tashigomangs. As the text in the borders of the sheets explains, these are miniature temples carried on the backs of Buddhist priests from village to village so that those who gaze on them are able to obtain blessings from doing so. Another excellent and modestly priced issue of local interest from Bhutan Post. I do not yet know the date of issue. Rating:- *****. 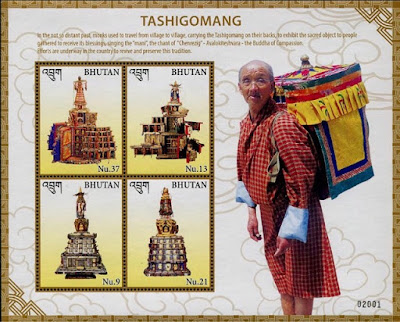 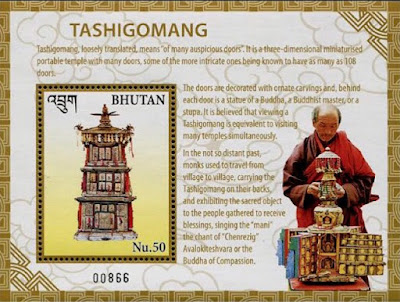 🇲🇾 Pos Malaysia issued a set of 3 stamps and 1 miniature sheet on 17 March 2017 as the second part of its Festival Food series. This issue depicts Kadazandusun and Dayak cuisine and was designed by KY Lim of Reign Associates. This is an enjoyable and pleasant ongoing series. Rating:- *****. 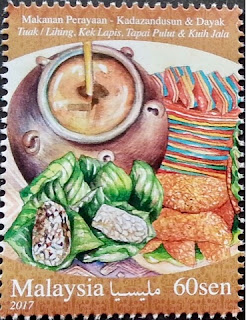 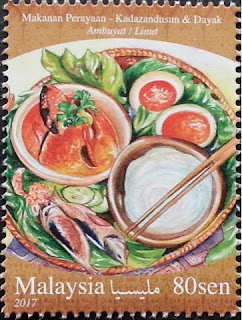 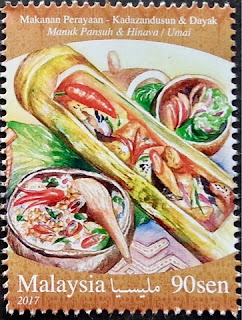 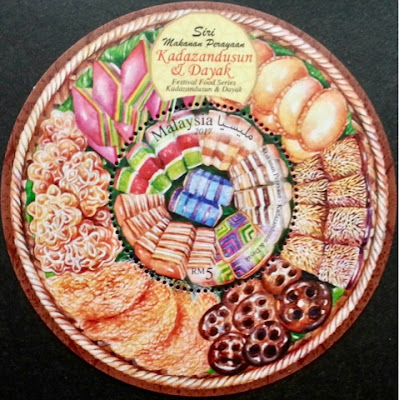 🇲🇿 Finally this week's paraphilatelic stuff from the infamous Stamperija includes items with the name of Mozambique printed on them with the numerous subjects being eclectic in the extreme:- Special transport, Big cats, Sea birds, Concorde, Bees, Owls, Hornbills, Lighthouses, Marilyn Monroe, Ferrari cars, Japanese high speed trains, Snakes, Orchids, Fire engines and Turtles (the usual 15 "miniature sheets" and 15 "sheetlets" each containing 4 different "stamps"). Rating:- 0. These items are said to have been "issued" on 10 February 2017 though where they were issued is not so clear. There's little point in reproducing all of this stuff as it is all in similar format but below I illustrate a couple of items from this "issue" just to demonstrate what it looks like:- 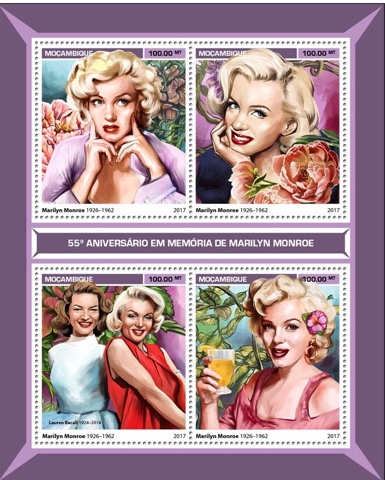 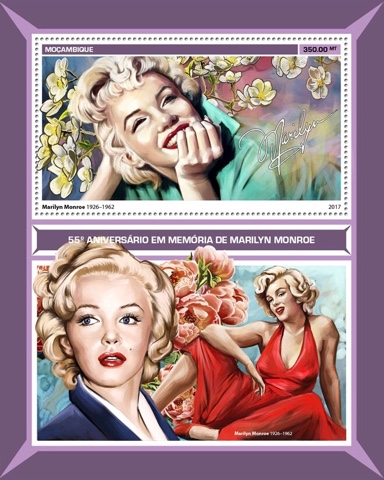 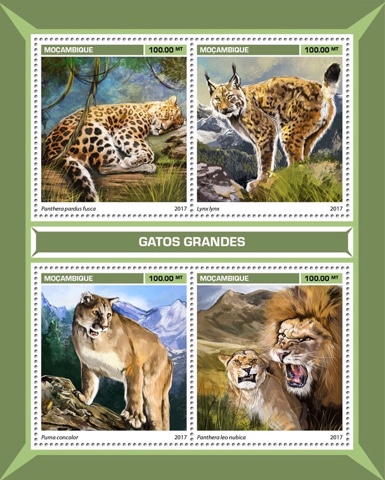 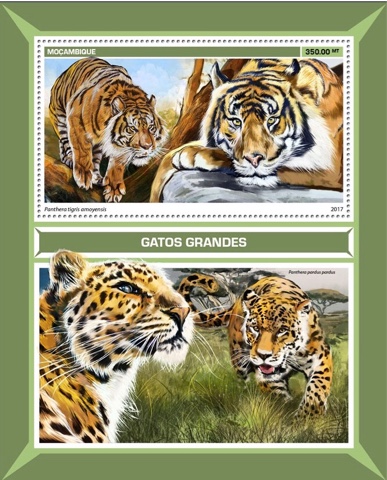