926. Hong Kong To Commemorate 20 Years Since Reunification With China. 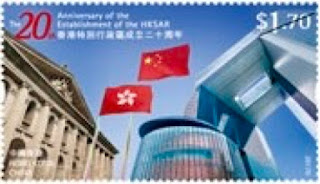 🇭🇰 Hong Kong Post will issue 4 stamps and 1 miniature sheet on 1 July 2017 to commemorate the 20th anniversary of the establishment of the Hong Kong Special Administrative Region. The British withdrew from Hong Kong in 1997 and the territory returned to the sovereignty of The People's Republic Of China. Rating:- *****. 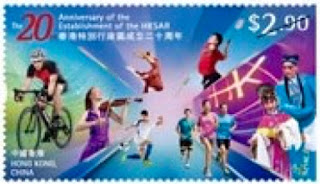 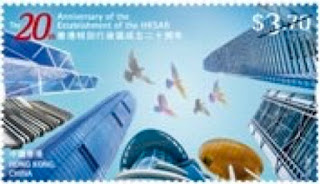 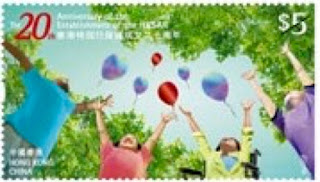 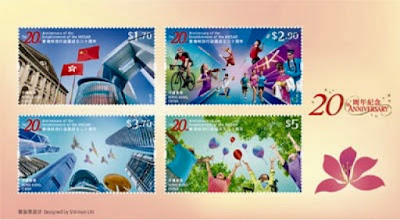 🇬🇧 Royal Mail will issue a wonderful set of 8 stamps on 6 April 2017 on the subject of "Racehorse Legends". I am not at all interested in horse racing but I think that this is a beautiful set of stamps and even I have heard of almost all of the horses depicted on the stamps by 8 beautiful paintings which were specially commissioned by Royal Mail for use as designs of this set. Well done, Royal Mail! Rating:- ****** (yes, 6 stars). 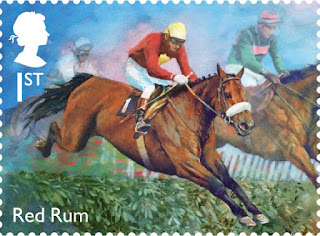 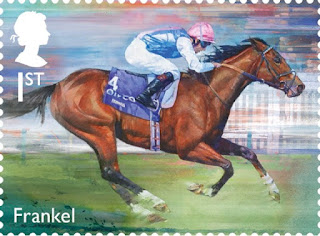 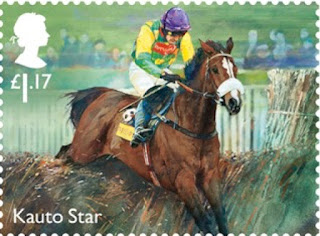 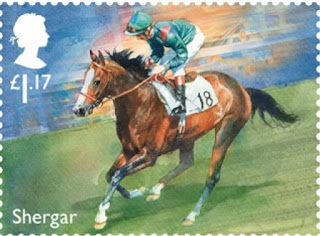 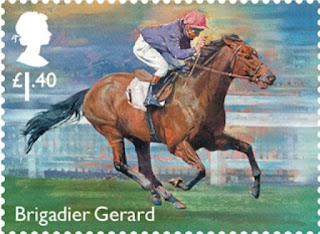 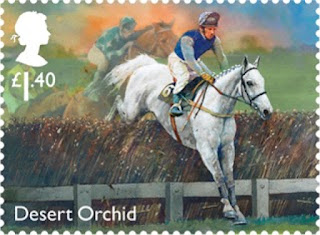 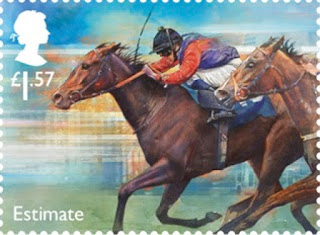 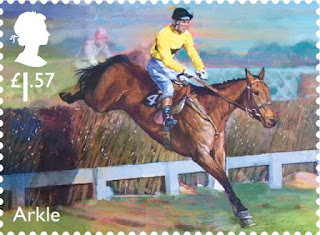 🇳🇦 Nam Post, the postal service of Namibia, issued a miniature sheet containing a single stamp on 6 February 2017 to commemorate Mandume ya Ndemufayo who was the king of the Oukwanyama from 1911 to 1917 who opposed European military actions in South West Africa. The issue marks the centenary of his death which occurred when British and South African attacked his residence. An interesting issue. Rating:- ****. 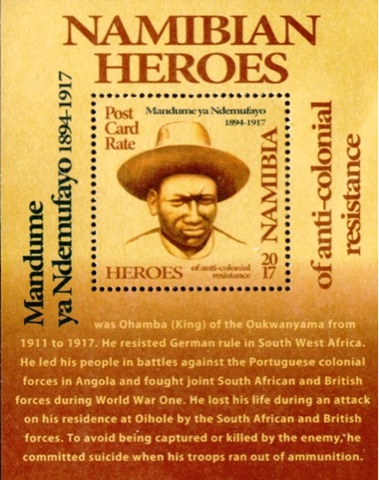 🇬🇧 Whenever I am in Stratford upon Avon I like to visit the Shakespeare Centre to see what Post and Go kiosk A009 is up to. Generally it dispenses Machin Head labels with MA15 code though on its first day of activity it dispensed at least one reel with no code at all. I was surprised today to find that the Machin Head labels that appeared in response to my 64p were those with the code MA13 so Post and Go collectors now have 3 versions of the stamp to track down. Interesting isn't it? 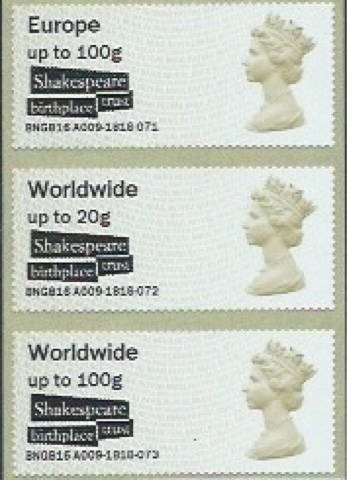 🇧🇹 Bhutan Post has released towards the end of 2016 two more issues which are delightfully colourful and locally relevant. The first commemorates the Druk Wangyel Festival which takes place annually in Bhutan on 13 December - presumably the date of issue of this set - and celebrates the achievements of King Jigme Singye Wangchuk. The issue is made of a sheetlet containing 8 different stamps and 1 miniature sheet with each stamp depicting scenes of Bhutanese people in colourful costumes and masks dancing. An excellent issue, rating:- *****.
The second issue is on the subject of Prayer flags and is equally colourful and fascinating. The issue is made up of a sheetlet of 4 different stamps and 1 miniature sheet and the pictures depicted really capture a feeling of what Bhutan is all about. Rating:- *****.
I was fortunate enough to pass a couple of weeks or so in Bhutan a few years ago and feel that Bhutan Post's current ongoing new issues tell collectors and other people all about Bhutan and what it's like - interesting, beautiful, even mysterious - if all postal administrations issued stamps that told us what their country is really like in the way that Bhutan Post does then our stamp albums would be all the more interesting. 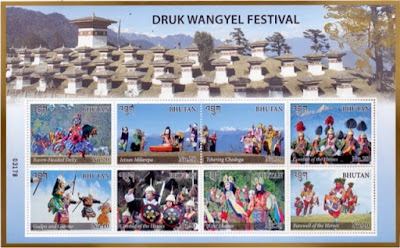 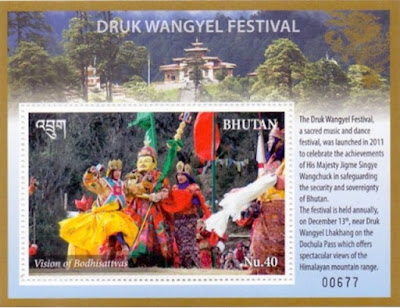 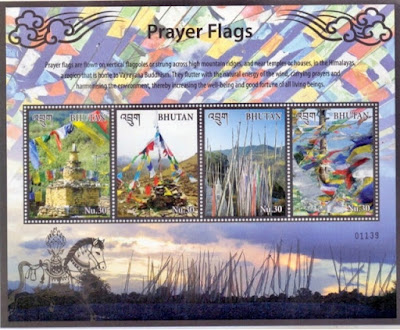 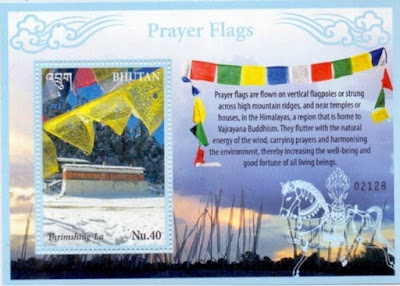 🇮🇳  India Post issued a single My Stamp on 3 March 2017 to commemorate Holi which is the Hindu spring festival and called the "Festival of Colours" or the "Festival of Love". The colourful stamp was issued in sheetlets of 12 stamps with attached labels at a premium above face value. Rating:- ***. 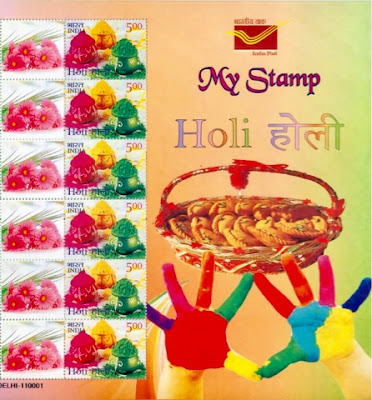