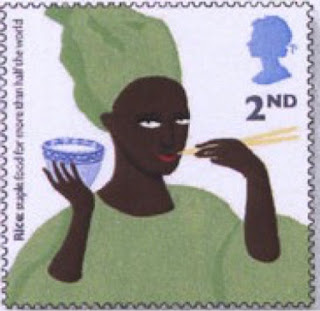 Nowadays everyone in Britain thinks they are a "Foodie". In the course of the last 10 to 20 years British food has lifted itself up from what was often thought to be the inedible and the indigestible to the refined and the sophisticated- well, that's what British chefs and food critics tell us. And indeed there are some magnificent dishes to be had in some of Britain's fine modern restaurants.
Given the modern British obsession with foodieness it would not be surprising if Royal Mail had made more of the subject of British gastronomy than it has done. In fact despite there being numerous British television programmes on the subject of food in its many aspects Royal Mail hasn't really caught on to this theme and stamps featuring British food have, up to now, been rather thin on the ground.
My thoughts about this subject came to the surface because the dog and I are currently visiting the splendid medieval town of Ludlow in the English marches on the border with that country where they speak a strange and rather frightening language called, I believe, Welsh. Or as the Anglo-Saxons called it, Hwelc.
Ludlow has many magnificent medieval buildings and an ancient castle from where the Marcher lords were able to keep an eye on what the Welsh ruffians were up to. Edward V lived in Ludlow before setting out for his coronation in London only to be installed in the Tower of London by his uncle The Duke of Gloucester who promptly made himself king as Richard III and then set about murdering Edward and his younger brother who became known as the Princes in The Tower.
The elder son of Henry VII who had given Richard III his just desserts by killing him at the Battle of Bosworth, Prince Arthur, had died at Ludlow and is buried in St. Laurence Church there, and by his death ensured that Henry Tudor was succeeded by his younger son, Henry VIII, who was even more monstrous than Richard III.
Nowadays, many tourists flock to Ludlow though not so much in the first couple of weeks of March. The town has found its niche by becoming something of a gastronomic site of pilgrimage and holds an annual Food Festival in the autumn which the dog and I have visited in the last 3 years - she
particularly enjoys the "sausage trail" in which participants walk around Ludlow stopping at various sites to taste a particular butcher's sausage and giving marks so that the prize sausage is identified at the end of the day. The dog had her own ticket last year which meant that she got to eat 6 different sausages plus any that she could find that had been dropped on the floor by clumsy sausage samplers.
Ludlow is a favourite place to visit for my gourmet Labrador.
For such a small town, Ludlow at one time had 2 or 3 Michelin starred restaurants and even now there are several restaurants in the town which are well thought of. Even the grand old post office now houses a restaurant (depicted at the head of this Blog) while postal service users must obtain their stamps and other postal needs from an unattractive 1960s co-operative general store which lacks any of the elegance of the old post office. 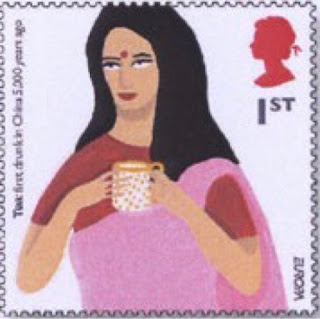 The theme for the 2005 Europa stamps was chosen to be "Gastronomy" but sadly Royal Mail rose to the occasion with a dreadful set of 6 stamps which had no relevance whatsoever to gastronomy and seemed aimed only at stressing multi-culturalim in Britain and political correctness. The stamps showed people of different races often in exotic clothing eating rice, sushi, pasta, chips and apples or drinking tea - true, the stamps showed some of the foods eaten in Britain but said nothing about British food and especially not about British gastronomy. What a missed opportunity. 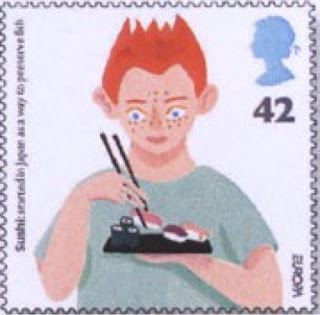 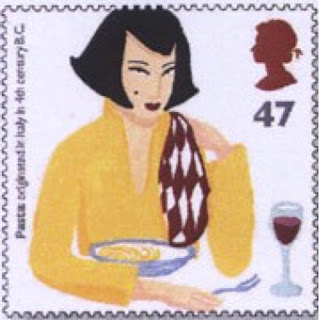 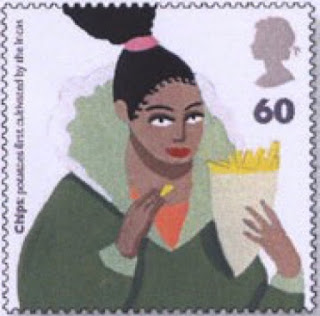 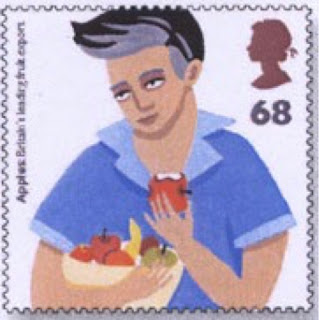 Other stamps from Britain which feature food are not common. An excellent set was issued in 1989 on the subject of British food and Farming and each stamp depicted delicious-looking items of British traditional food and agricultural produce. The pies and hams and breads look wonderful as do the cheeses and now, almost 30 years since this stamp issue, Britain has many more wonderful varieties of cheese which are excellent enough to take on anything that emerges from France for instance. 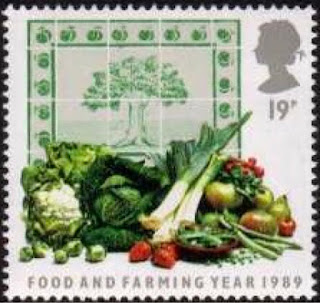 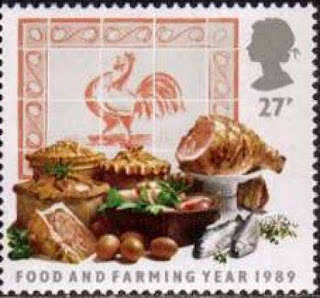 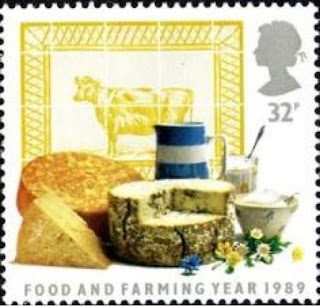 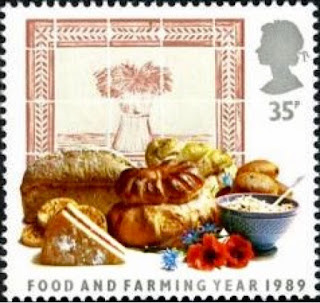 A set of 4 stamps on British industry which was released in 1986 included a single stamp on the subject of farming and as well as a rich field of wheat a magnificent bloomer loaf was shown on the stamp. Spread it with glorious English butter and serve it with some of the cheese shown on the 32p stamp of the 1989 set and you have a magnificent and splendid Ploughman's lunch. 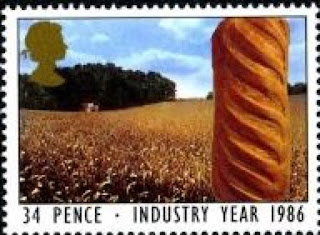 A set of 10 stamps issued by Royal Mail in 2005 depicted farm animals including several which were destined to find their way on to dinner plates. One of the stamps depicted turkeys standing around oblivious of how they were going to pass their next Christmas. 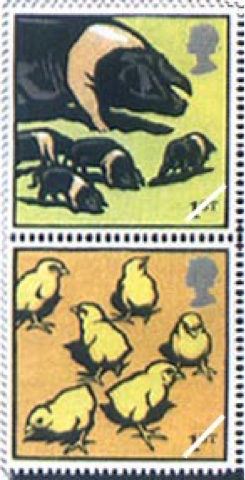 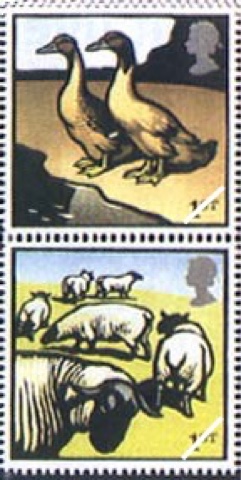 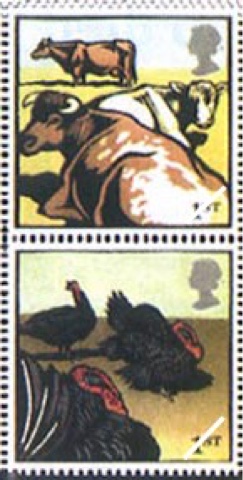 Three issues of Post and Go stamps were released from 2012 to 2013 each made up of 6 stamps depicting pigs, sheep and cattle including a magnificent Aberdeen Angus bull being fattened up to provide some happy diner with some fine steak.

As can be seen from the above any British stamps which have had anything to do with subject of food have not really explored the modern world of British gastronomy and this may be a potentially popular subject to be considered for a future issue but perhaps featuring classic dishes by some of Britain's now quite numerous and accomplished chefs rather than using the issue as an excuse to promote multi-culturalism (which may be a worthwhile subject in its own right perhaps as a topic to commemorate next year's CHOGM to be held in Birmingham) and other political subjects.
Meanwhile here's some sites of Ludlow:- 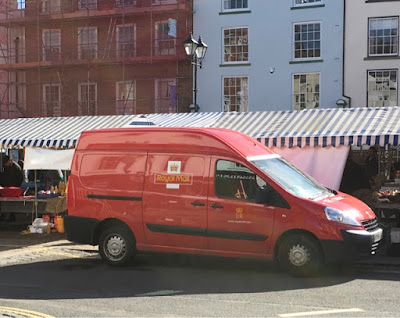 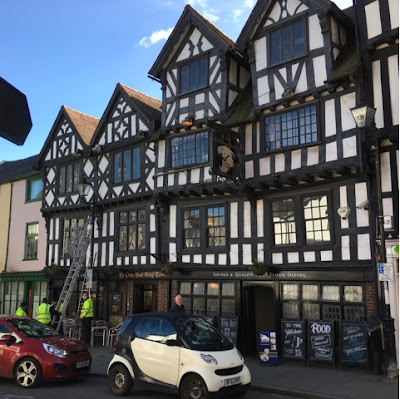 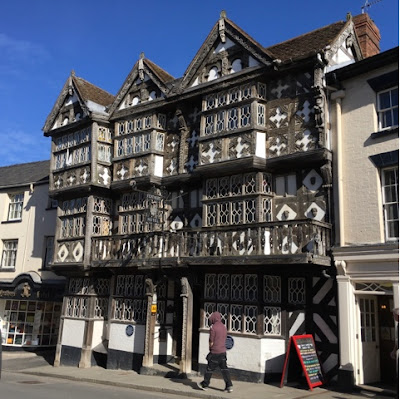 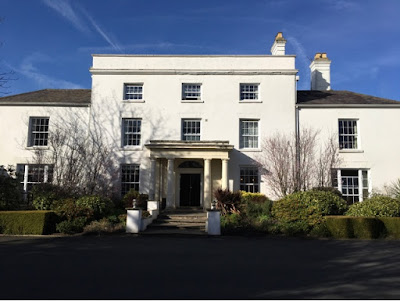 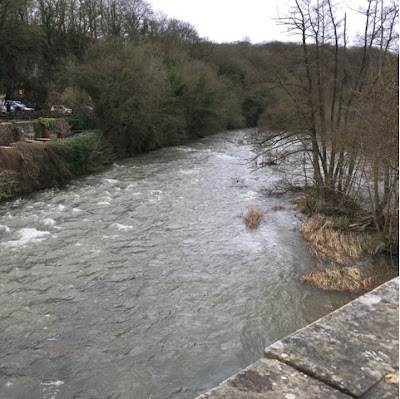