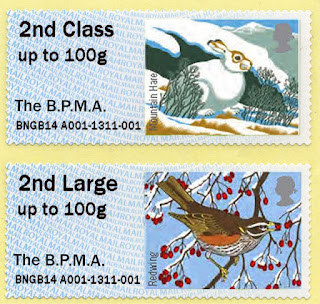 The British Postal Museum and Archives will be dispensing new Post And Go labels from its A001 kiosk from 16 November 2016 in the form of the "Winter Fur and Feathers" issue but with the added inscription "The B.P.M.A.". There will be a "Collectors' Strip" of 6 different values in the 1st class strip so that each design appears 3 times within a strip, each with a different value. Meanwhile the 2nd class strip is really just a pair of labels, each with a different value - 8 values in all. Rating:- 0. 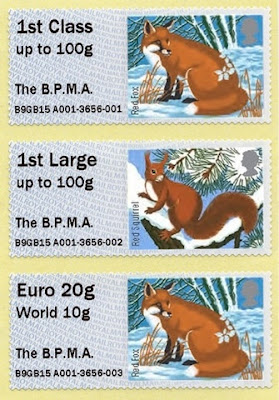 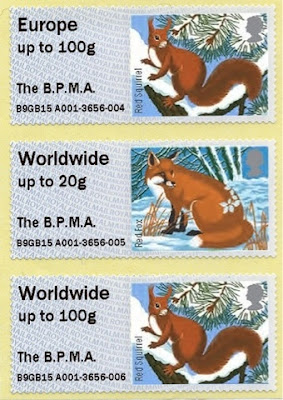 MaltaPost will issue a set of 3 stamps on 14 November 2015 to commemorate Christmas. The stamps feature engravings by Albrecht Durer and were designed by MaltaPost and lithographed by Printex. Rating:- ***. 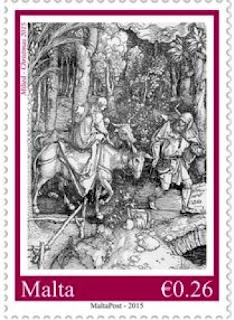 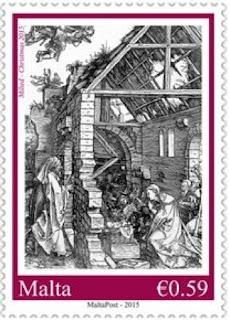 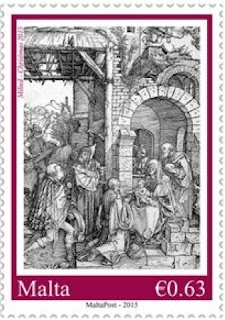 It has been several months since Vanuatu Post released a set of stamps but a new set was finally released on 11 November 2015 on the subject of "Fine Cuisine". Vanuatu frequently issues sets which tie in with promotion of its tourist industry and this depicts 4 different leading restaurants in the islands along with some of the food which they produce. The excellent designs are by Denise Durkin and the issue was lithographed by Southern Colour Print. Rating:-*****. 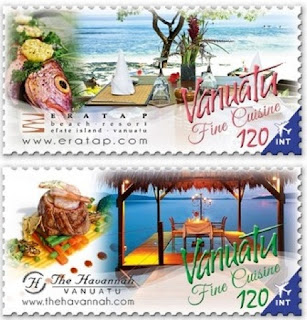 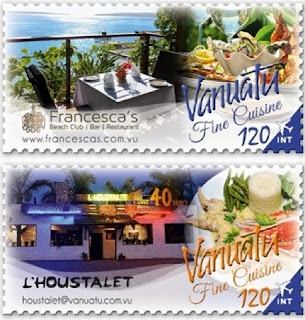 The South Georgia And South Sandwich Islands postal service will issue a set of 6 attractive and interesting stamps on 21 December 2015 on the subject of "Biodiversity". This is another excellent issue from the Pobjoy Stamps agency. Rating:- *****.

India Post released 2 stamps and 1 miniature sheet on 15 October 2015 on the subject of Gandhi and his spinning wheel or charkha which represented various qualities including self-sufficiency and interdependence. Rating:- ***. 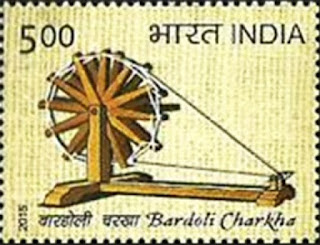 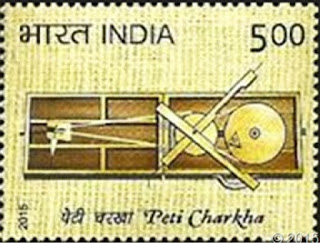 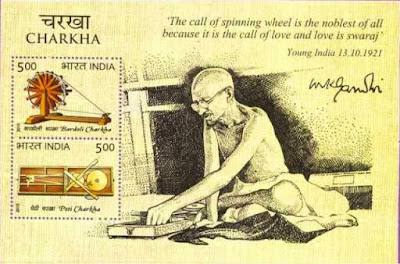 I like very much the recent single stamp issue from Pakistan Post which commemorates the restoration of Murree Post Office. The design by Adil Salahuddin depicts a very attractive building with the Post Office emblem fixed to it. The stamp was lithographed by Pakistan Security Printing Corp and issued on 4 November 2015. Rating:- *****. 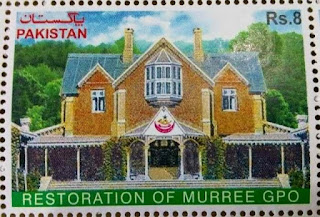 The previously mentioned stamp which commemorated the centenary of Urdu in Istanbul University was issued on 11 October 2015 and was designed by Adil Salahuddin and also lithographed by Pakistan Security Printing Corporation. 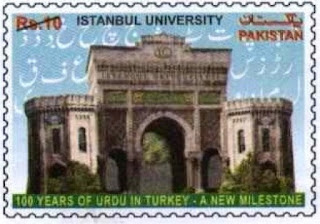 Back to the overwhelming tide of Royal Mail's "Post And Go" labels. In Blog 646, I mentioned the new inscriptions on the labels dispensed at the various military museums. We have 4 museums, each with Collectors' strips of 6 labels (total of 24) with the new basic inscription on the Poppy designs plus the Trafalgar Day added inscription on the Union Jack labels for the Royal Navy and Royal Marines Museum or the Union Jack labels without Trafalgar Day inscription on the Fleet Air Arm and Submarine Museums labels giving us a total of another 24 labels, making 48 new museums labels in all.
Additionally we have the Paris Salon Philatelique D'automne "Euro Collectors' Strips" (limited sale from 5 - 8 November only) of 4 different values on 4 different designs depicted below - making 16 more stamps in all to be added to the 48 military museums labels. Rating:-0.

A recent philatelic product to have emanated from the highly prolific US-based philatelic agency, IGPC, is sheetlet of 4 different "stamps" with the inscription "Antigua And Barbuda". The item commemorates the final defeat of the French tyrant, Bonaparte, at the Battle of Waterloo. I do not yet know the precise date on which the agency claims the item to have been released. Rating:- 0.

Guernsey Post has outlined its upcoming stamp programme for 2016. In all there will be 13 new issues plus the inevitable "Post And Go" issues.

17 February - Longis nature reserve,
25 May - 950th anniversary of the Battle of Hastings,
27 July - History of the British monarchy,
6 November - Christmas.