The Sri Lanka postal administration issued 2 stamps and 1 miniature sheet on 2 November 2015 to commemorate the 60th anniversary of diplomatic relations between Sri Lanka and Thailand. This issue is a joint release with Thailand. Rating:- ****. 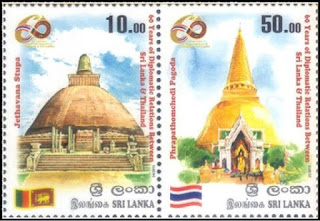 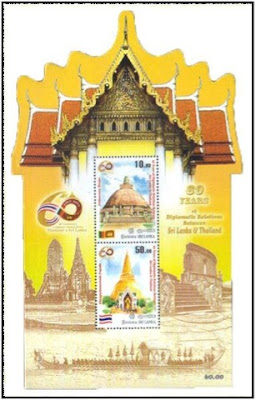 India Post issued a pair of stamps on 2 November 2015 to commemorate the Bicentenary of the1st and 3rd Gurkha Rifles. Rating:- ***. 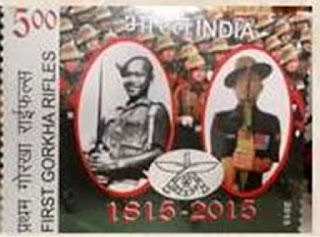 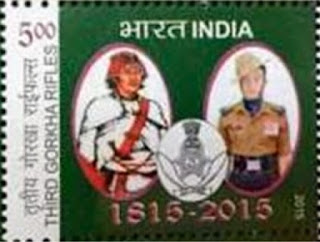 I have previously mentioned that Royal Mail will issue its next Post And Go stamps on 16 November 2015 on the subject of "Winter Fur and Feathers" but I have not depicted the very attractive pack in which the 4 stamps will be contained. See Blog 645. Rating:- *****. 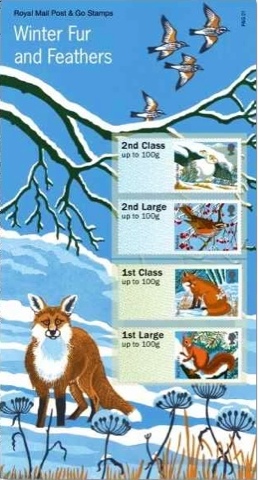 Another excellent "Wildlife" item which I have not yet depicted is the very interesting and attractive (who would have thought that vultures would be described as "attractive"?) miniature sheet on the subject of "Save Botswana's Vultures" (see Blog 650). The date of issue was 28 September 2015. Rating:- *****. 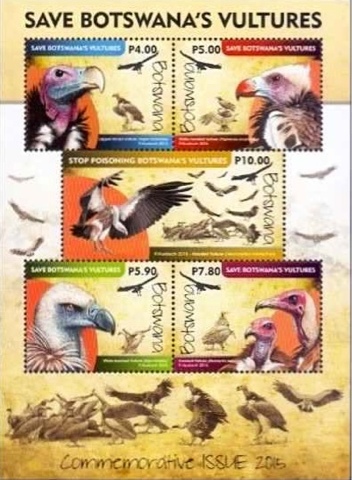 I like this issue so much that I also include an illustration of the first day cover:- 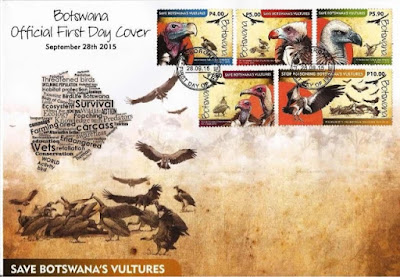 Q Post, the postal administration of Qatar, issued 3 new definitive stamps on 10 August 2015 which depict Emir Tamin bin Hamid al-Thani who became the country's ruler on 25 June 2014 (see Blog 263). The stamps were lithographed by Cartor. Rating:-*****.
Although Qatar is not a member of The Commonwealth, I mention these stamps as a follow-up to Blog 263 where I used Emir Tamin's succession as a reason to write about the pre-Independece stamps of Qatar. Also, recently, philatelic links between Q Post and Royal Mail have been highlighted by the former installing 2 Post And Go kiosks in the Head Post Office in Doha (see Blog 643). 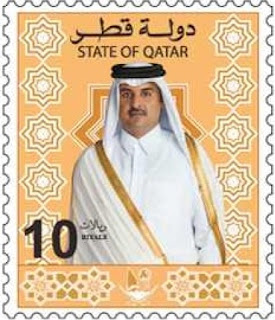 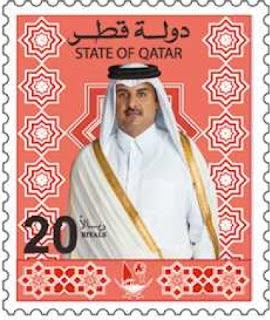 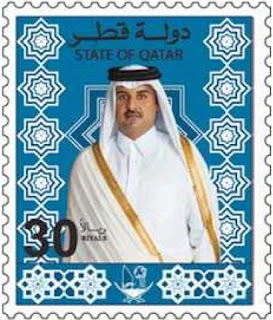 The St. Helena Post Office has issued an atmospheric set of 4 stamps in a se-tenant strip which depicts paintings of buildings in Jamestown, the island's capital. This looks like an excellent set which will give the collector a real feel for what it is to walk through Jamestown's streets. I do not know the date of issue - pre-publicity to collectors from the agency which handles St. Helena's new issues is usually very scanty and that again seems to be the case with this issue. Pity - this issue could be a very popular one if only collectors knew that it is available. Rating:- *****.
I have not yet seen any news of the set which was due to be released in October to commemorate the Bicentenary of the exiled Napoleon Boaparte's arrival in St. Helena (see Blog 661) and presumably the island will also be issuing a set of stamps related to the Inauguration of the island's airport and the first flights to and from St. Helena. 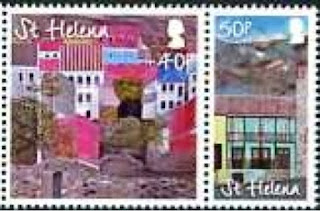 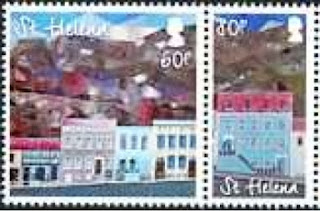