From the New York-based philatelic agents, IGPC, come a sheetlet of 4 different stamps and 1 miniature sheet on the subject of Self Portrait paintings by various artists - whatever the relevance of the subject may be to Montserrat, whose name is printed on these items,  I do not know. Rating:- 0.
It looks as though the new leader of the British Labour Party, Jeremy Corbyn, has been depicted in the left hand border of the sheetlet but apparently it's actually Edouard Manet, another thin old man with a beard. 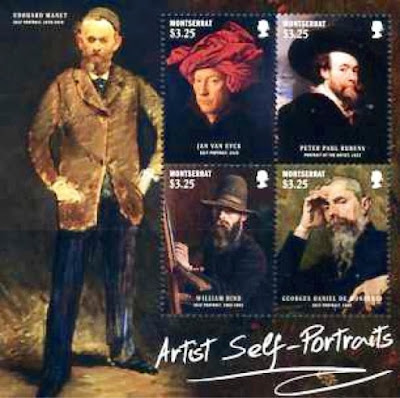 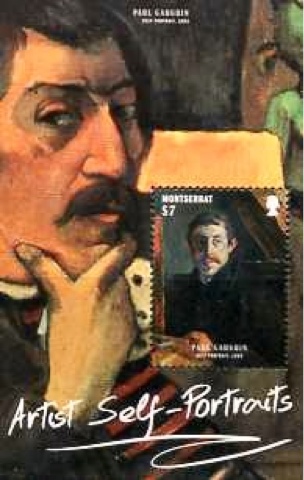 Now appearing on Internet auction sites are the latest philatelic products to be offered for sale by Philatelic Collector Inc. and the first to appear is a miniature sheet inscribed "Samoa" to commemorate the "Year of The Monkey" which is in a similar style to last year's Lunar New Year Stamps. Again, the subject of the issue has little or nothing to do with Samoa so I won't be adding it to my collection. Rating:- 0. 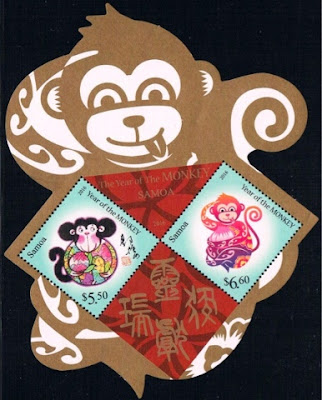 Hongkong Post  will issue 2 miniature sheets on 20 and 23 November 2015 respectively to commemorate the 31st Asian International Stamp Exhibition to be held in the territory between those 2 dates. Miniature sheet no.1 of the series was released on 18 September 2014. The issue was designed by Sherman Lai. Rating:- **. 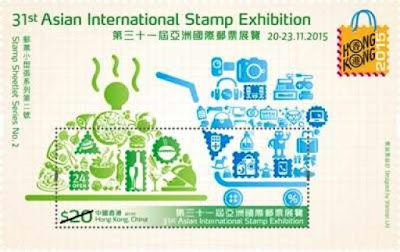 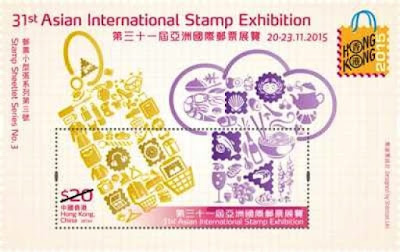 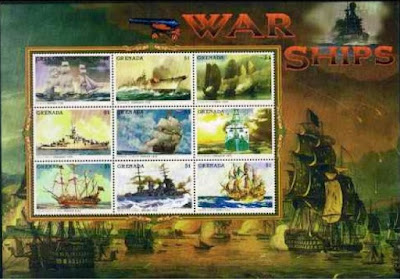 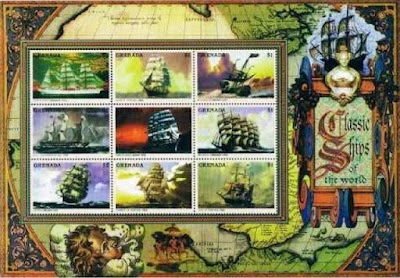 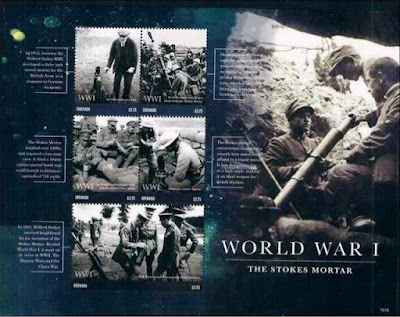 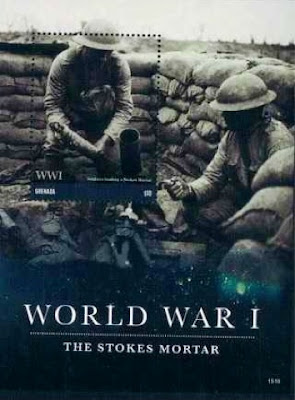 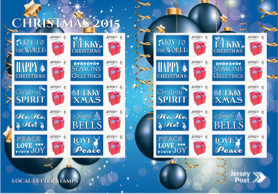 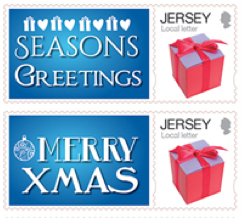 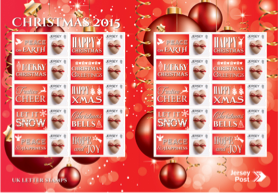 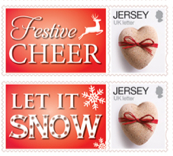