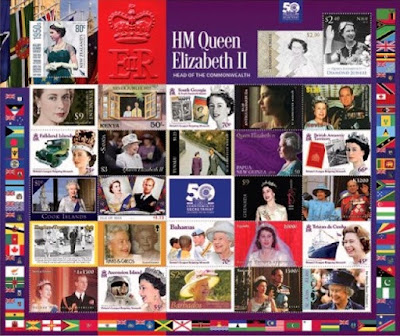 The Isle Of Man postal administration has added a new item to its list of merchandise - a single miniature sheet which it says is "To celebrate the 50th anniversary of the formation of the Commonwealth Secretariat, 27 Commonwealth member states have come together in this project to demonstrate our loyalty and devotion to the Queen and Commonwealth" (actually only 16 out of 53 full members are represented - Antigua And Barbuda, Bahamas, Barbados, Grenada, Kenya, New Zealand, Papua New Guinea, St. Kitts Nevis, St Vincent And The Grenadines, Samoa, Sierra Leone, Tanzania, Tonga, Tuvalu, Uganda and Zambia - the remainder are dependent territories including one or two with no resident population - Ascension Island, British Antarctic Territory, Cook Islands, Falkland Islands, Isle Of Man, Niue, South Georgia And The South Sandwich Islands, Tokelau, Tristan Da Cunha and Turks And Caicos Islands).
The miniature sheet contains a previously issued stamp from each of the above Commonwealth territories with an additional label attached to the Isle of Man stamp. Each stamp depicts a portrait of Queen Elizabeth II, The Head of The Commonwealth. The publicity for the item does not say whether the miniature sheet is postally valid in every territory which has a stamp included in it. I guess that it must be postally valid in Isle Of Man to the value of £1.73 which is the face value of the stamp which represents it in the miniature sheet.
The stamps included in the sheet are from 9 Queen's Realms (one, St. Kitts-Nevis, is represented twice), 2 other monarchies and 5 republics. One of the most interesting featured stamps is that of Kenya which depicts one of the stamps it issued as long ago as 1977 to commemorate Queen Elizabeth's Silver Jubilee- the design portrays the young Queen and her husband, the Duke of Edinburgh, looking down from their window in Treetops Hotel in Kenya which is where the young princess was staying when King George VI died and she succeeded him to the throne.
The territories represented in the sheet are normally clients of various philatelic agencies and post offices - New Zealand Post, IGPC (including Sierra Leone which had a contract with IGPC for a long time but is currently allowing Stamperija to produce philatelic products with its name inscribed on them - see Blog 671), Philatelic Collector Inc and Pobjoy Stamps but none of the territories, except Barbados, which are clients of the moribund CASCO, such as BIOT and St Helena, have a stamp in the sheet. Perhaps surprisingly, neither do the other British offshore islands or Gibraltar while British Virgin Islands is the only Pobjoy terriory not to be included. Sadly, there's also no involvement here from Royal Mail, Canada Post nor Australia Post.
The flags depicted around the edge of the sheet remind us which are the full member territories of The Commonwealth as well as the dependent territories:- Anguilla, Antigua And Barbuda, Australia, Bahamas, Bangladesh, Barbados, Belize, Bermuda, Botswana, British Antarctic Territory, British Indian Ocean Territory, British Virgin Islands, Brunei Darussalam, Cameroon, Canada, Cayman Islands, Cyprus, Dominica, Falkland Islands, Fiji, Ghana, Gibraltar, Grenada, Guernsey, Guyana, Isle Of Man, India, (alphabetical order has gone a little awry here with Isle Of Man preceding India and Ascension Island and Tristan Da Cunha inserted here), Jamaica, Jersey, Kenya, Kiribati, Lesotho, Malawi, Malaysia, Maldives, Malta, Mauritius, Montserrat, Mozambique, Namibia, Nauru, New Zealand, Nigeria, Pakistan, Papua New Guinea, Pitcairn Island, Rwanda, Samoa, Seychelles, Sierra Leone, Singapore, Solomon Islands, South Africa, South Georgia And The South Sandwich Islands, Sri Lanka, St Helena, St. Kitts Nevis, Saint Lucia, St Vincent And The Grenadines, Swaziland, Tonga, Trinidad And Tobago, Turks And Caicos Islands, Tuvalu, Uganda, United Kingdom Of Great Britain And Northern Ireland, United Republic Of Tanzania, Vanuatu and Zambia.
For some reason Cook Islands, Niue and Tokelau are not included in the flag line up along with Norfolk Island, Cocos (Keeling) Islands and Christmas Island (although the latter two are really part of Australia) and although the British Antarctic Territory is represented the Ross Dependency and Australian Antarctic Territory are not. Interesting but a bit of a mess.
The miniature sheet's date of issue will be 27 November 2015 - the opening day of CHOGM, the Commonwealth Heads Of Government Meeting, to be held in Malta, which will be visited by Queen Elizabeth II.
The price of the item is rather high - £20 - but it is a collection of stamps from 27 Commonwealth territories so I guess the total actually represents quite good value to obtain such a collection. A reprint of the original Isle Of Man stamp which is included in the sheet with its attached label is also available to buy separately. 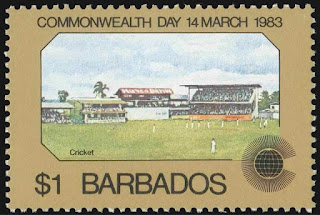 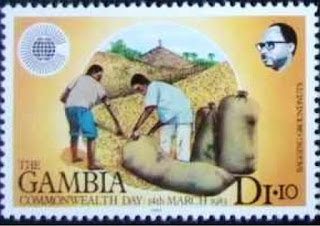 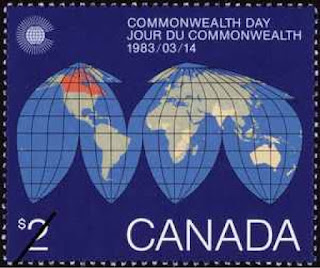 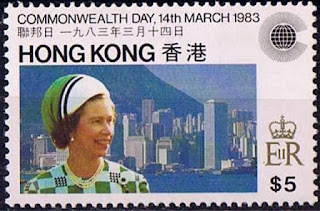 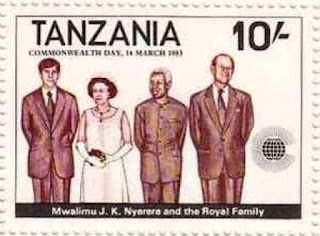 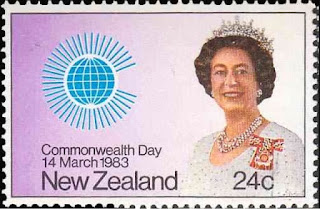