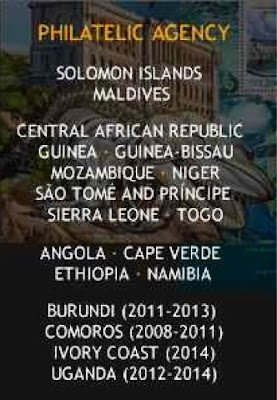 In an online message posted today inviting the public to join the philatelic agency, Stamperija, at the Monacophil Stamp Exhibition in Monaco from "3 - 5 November" (a rather belated invitation then though elsewhere in the message the correct date of 3 - 5 December is given) the agency lists the territories which it intended to represent at the exhibition - the Commonwealth territories listed being Solomon Islands, Mozambique, Maldives, Namibia, Sierra Leone and "Uganda 2012 - 2014" - it seems that after a relatively short period as Uganda's agents the contract has been ended between the two parties and that Stamperija has lost Uganda as one of the countries which it can claim to represent.

This would explain why Uganda has not issued any stamps so far during 2015 and indeed the last  philatelic products to have been put out by Stamperija were "issued" as long ago as 26 February 2014 when 80 stamps and 20 miniature sheets appeared under the umbrella titles of "domestic animals" and "bird spotting". Many of the creatures which appeared on these items had no direct relationship to Uganda.
What is Posta Uganda's philatelic future to be? Is it doomed to return from the fire to the frying pan by allowing IGPC to recommence handling its stamp issues? Posta Uganda's website does state that it has an appointed philatelic agent in New York - IGPC - though I can't tell if this is up-to-date information - I fear it is.

Guyana Post issued a pair of stamps on 14 October 2015 to commemorate the 50th anniversary of  The Bank of Guyana. The publicity for these stamps described them as "Revenue stamps" but the remainder of the text of the publicity in Guyana's local press suggests that these are indeed postage stamps and notably they are denominated in values which represent current postal rates. These are clearly real postage stamps issued with the intention of them being used on ordinary mail rather than being philatelic collectables put out by a foreign philatelic agency. Rating:- ***. 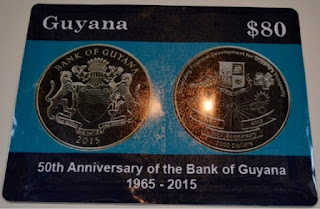 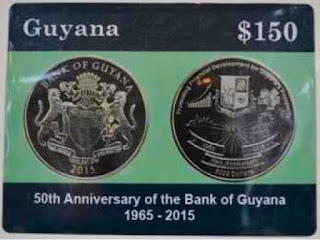 Campost, the postal service of Cameroun, has issued a pair of stamps, date of issue not yet known, which depicts the Reunification Monument in the country's capital, Buea. A new issue from Cameroun is a rare event and this is an interesting pair of stamps. Rating:- ***. 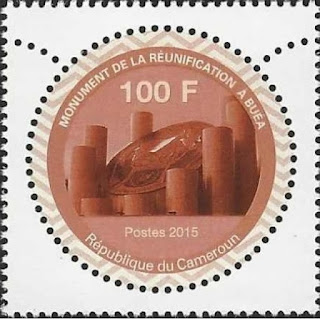 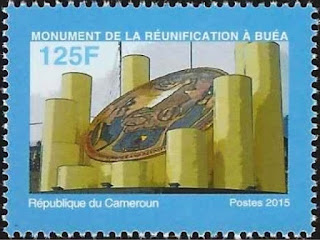 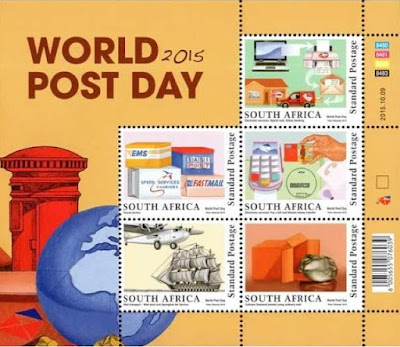 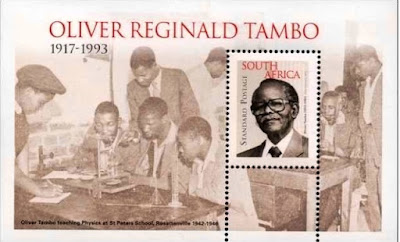 Below, I depict the miniature sheet issued by Pos Malaysia on 17 November 2015 on the subject of Beaches and Islands of Malaysia along with a set of 4 stamps as mentioned in Blog 663:- 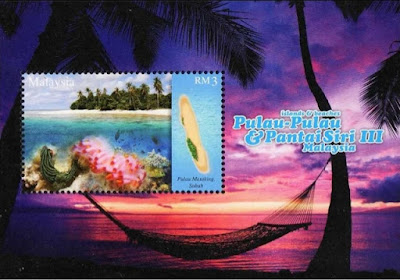