The Penny Black will be featured in the new British passport which will be issued over the next 5 years. The theme of the illustrations in the passport is Iconic British Innovations and the world's first postage stamp appears on pages 12 and 13. The design also depicts a printing press and a Victorian-age red postbox as well as a building I know very well - the old Birmingham Head Post Office in Victoria Square which is situated next to what is now the central Birmingham Post Office in Pinfold Street. It's a glorious Victorian building and well worth depicting as an illustration of some of the splendid postal-related architecture of the time. Each page in the passport has a "three-dimensional watermark" of William Shakespeare as one of the many security features in the passport.
It's not totally inappropriate to mention the passport here along with its postal connections since passport services are one of the numerous services on offer at modern British post offices - often at the cost of providing a satisfactory mail-handling service which is presumably less lucrative or a philatelic service which in most main post offices is usually non-existent now because it is probably not lucrative at all! 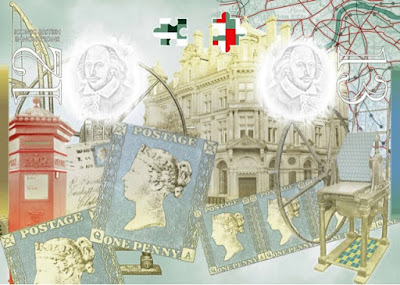 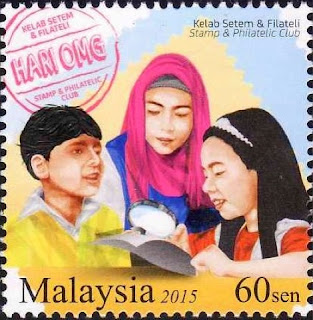 A single 25c stamp from Antigua And Barbuda has turned up which depicts a mango fruit from a "Julie mango tree". I am not sure of the date of issue of this item and whether or not it is a definitive value but it looks like the sort of item that is actually being sold in Antigua for use on mail rather than being a philatelic collectable. Rating:- ***. 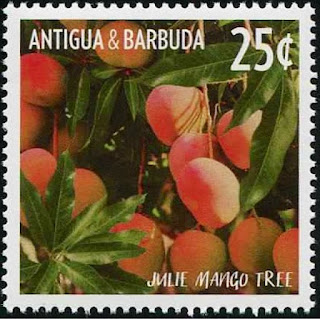 I now illustrate the miniature sheet issued by Australia Post to coincide with the China International Collection Expo which was held from the 25 to 28 September 2015 (see Blog 657). With very appealing photographs of cuddly koalas and a panda this is an issue which is likely to be popular with the general public as well as stamp collectors. Rating:- *****. 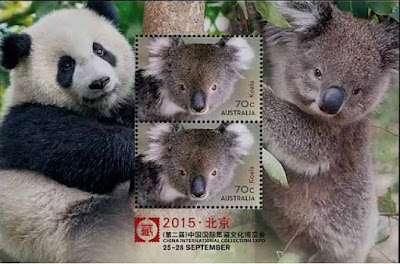 Below, I include an illustration of the 2 self-adhesive stamps issued by Australia Post which were issued in a sheetlet of five on 9 September 2015 as part of the issue which commemorated the achievement of Queen Elizabeth II in becoming the longest reigning monarch in British history (see Blogs 622 and 625):- 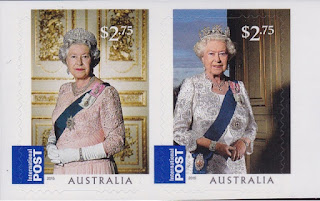 The postal administration of Niue will issue 4 circular Christmas stamps and 1 miniature sheet on 24 November 2015. These attractive and original items on the subject of "Candles by candlelight" were designed by Richard Payne and lithographed by Collectables and Solutions Centre, New Zealand Post Office. Rating:- *****. 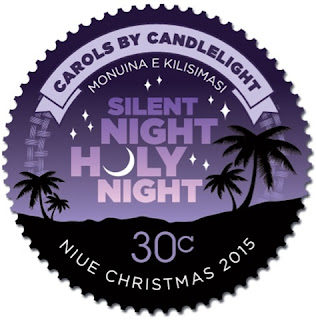 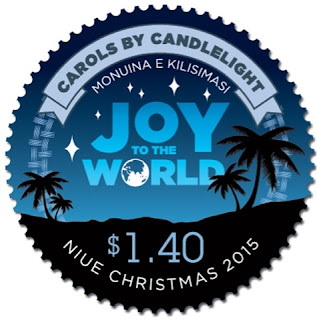 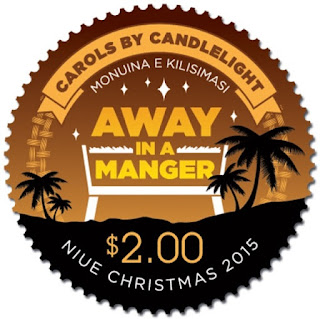 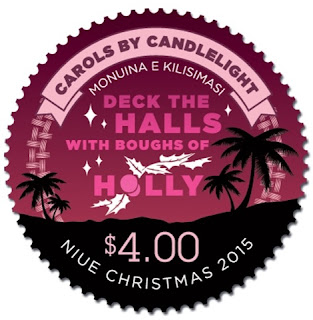 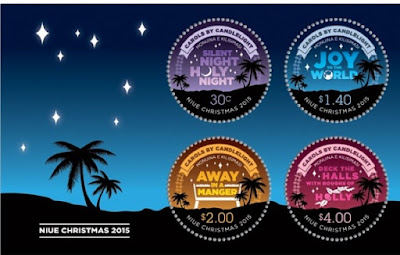 The Tokelau postal administration will issue 4 Christmas stamps and 1 miniature sheet on 24 November 2015. The issue which features comical art with local subjects - Father Christmas in Tokelau - was designed by Jonathan Gray and lithographed by Collectables and Solutions Centre, New Zealand Post. Rating:- ****. 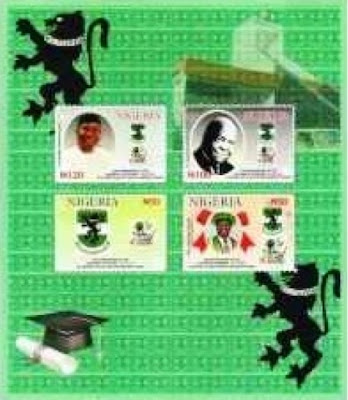 The postal administration of Nigeria issued 4 stamps and 1 miniature sheet on 23 October 2015 to commemorate the 55th anniversary of the University of Nigeria. The issue was lithographed by Tacoms International Ltd. as shown in the illustrations below which are taken from the Delcampe auction site where these items are being offered for sale by Moseszee. The designs have the usual lack of sophistcation seen for decades in Nigerian stamps but The Nigerian postal service issues stamps sorarely  now that we can hardly complain. Rating:-***. 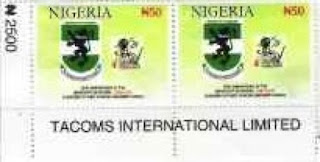 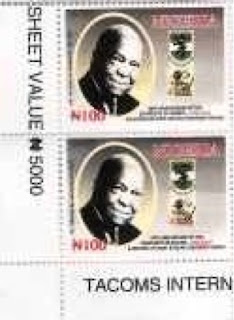