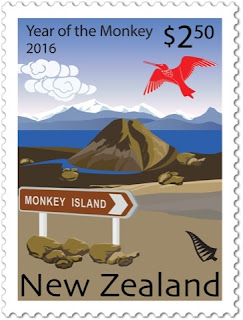 New Zealand Post will issue 4 colourful stamps and 1 miniature sheet on 13 January 2015 to commemorate the lunar new year, the Year of The Monkey. The issue was designed by Asiaworks of Auckland and lithographed by Southern Colour Print. I particularly like the $2.50c with its image of New Zealand's dramatic scenery as a background to a sign pointing to "Monkey Island" with a bird rising from the ground into the air.
Monkey island is a small island with a mini lagoon off the beach (as depicted on the stamp) near the town of Orepuki in Southland at the tip of New Zealand's South Island. The island can be reached at low tide via a small walking track and was used by local Maori as a traditional lookout post for whales and named it "Te Puka o Takitimu" or "Anchorstone of Takitimu" canoe/waka. It is said that the island's name has nothing to do with the primate mammal featured on the $1.40c and $2 values of the set but actually derives from the "monkey winch" which was used to haul boats ashore. This is a new island to appear on a Commonwealth stamp as far as I know. A highly original design from New Zealand Post.
The Bird Stamps.org website identifies the bird rising from the shore on the stamp as being the Parasitic Jaegar (Stercorarius Parasiticus) but the identification was based on a very small illustration of the gold foil miniature sheet and the larger illustration reveals that the depicted bird is another species - the bar-tailed godwit (Limosa Lipponica), a migrant which flies annually from New Zealand to north-eastern China - an apt and well thought out subject to appear on a "Chinese New Year" stamp (see also Blog 656). Rating:- *****. 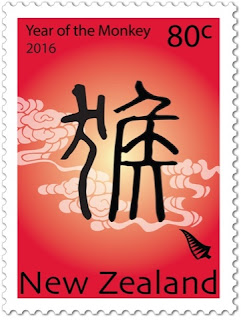 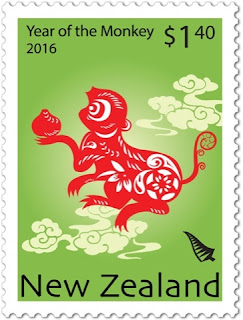 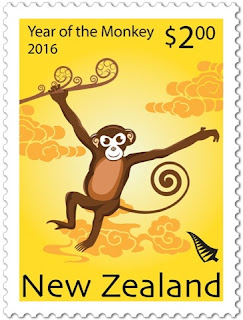 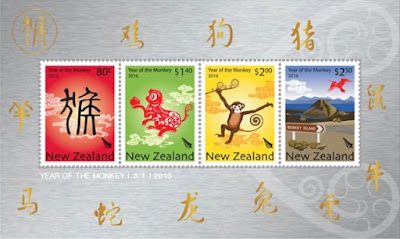 India Post's new issues seem be increasingly uninteresting and unappealing to international collectors in particular. A single stamp was issued on 24 November 2015 to commemorate the 60th anniversary of "EEPC India" (the Engineering Export Promotion Council of India". I suppose the promotion of national industries is a suitable role for postage stamps but this is pretty dull stuff for collectors. Rating:- *. 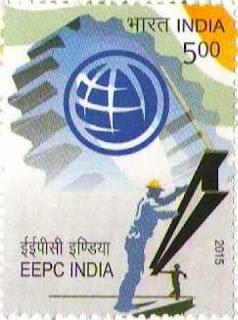 The US-based philatelic agency, IGPC, has issued a sheetlet of 4 different stamps and 1 miniature sheet on the subject of "Waterfalls". The items are inscribed "Tuvalu" though none of the featured waterfalls are to be found in that country - in fact I wonder if any such geographical feature is to be found in Tuvalu given that the islands that make up the territory barely rise above sea level and are under severe threat from rising seas due to global warming. I do not yet know the date of issue. Rating:- 0. 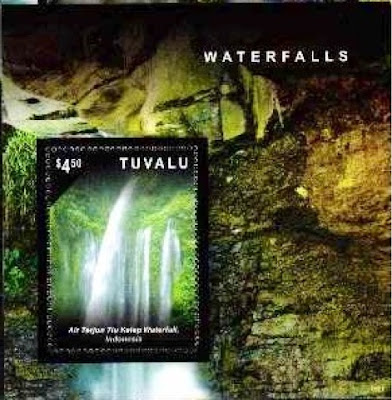 News of 2 more issues of 2015 from Bhutan Post although I do not yet know the precise dates of issue. The first commemorates the 70th anniversary of The United Nations and consists of 1 sheetlet of 4 different stamps and 1 miniature sheet. Although the subject of the issue is an international one, the designs all have a local relevance - excellent.  Rating:- *****. 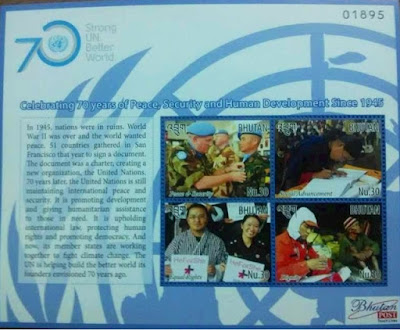 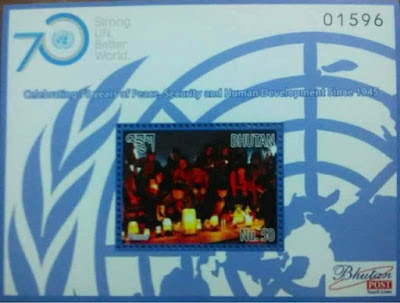 The second issue commemorates the 60th birth anniversary of the Fourth Drukpa Gyalpo (King of Bhutan), Jigme Singye Wangchuck, who set up democratic government in Bhutan hence the sheetlet is inscribed "Democracy - A Royal Gift".  Rating:- *****. 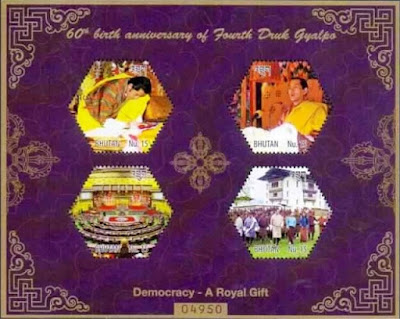 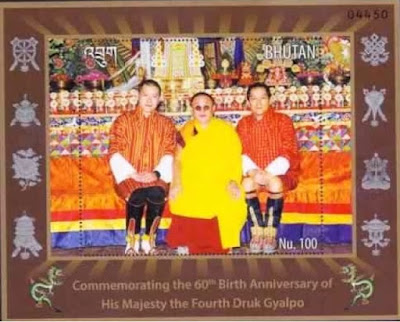