663. Stamperija - Polar Bears Are Back Again. 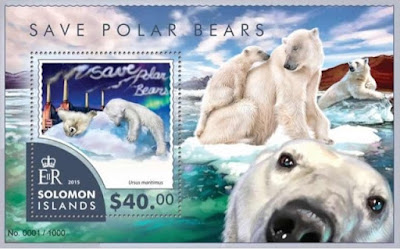 It's a Commonwealth double-whammy from Stamperija this week as the names of both Sierra Leone and Solomon Islands are inscribed on the agency's latest products.
The items inscribed "Sierra Leone" make up an "issue" of the usual 10 "sheetlets", each of 4 different "stamps", and 10 "miniature sheets". For anyone who can be bothered the subjects featured are Bees, Butterflies, Domestic cats, Domestic dogs, Horses, Endangered animals, Extinct species, Kingfishers, Mushrooms and Eagles. The stated date of issue is 21 August 2015 and each item is limited to 1000 copies - rush to buy them before they sell out! Rating:- 0. 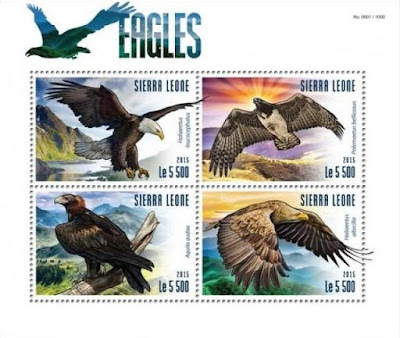 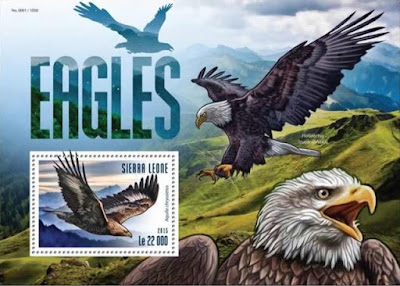 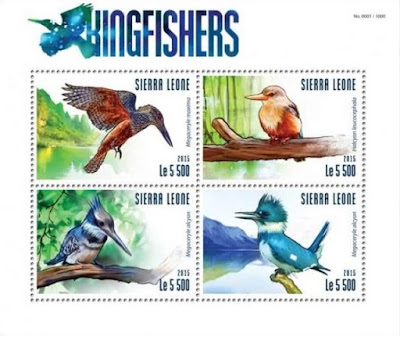 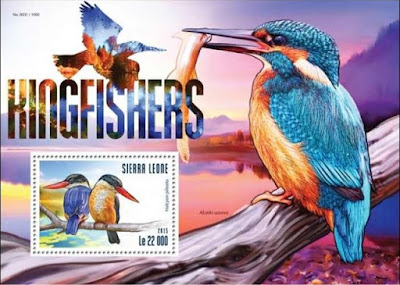 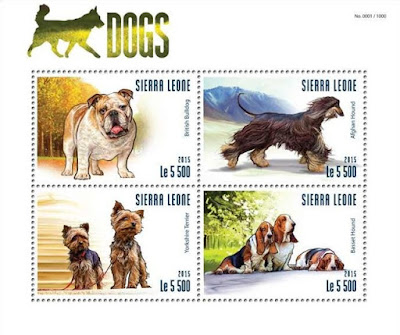 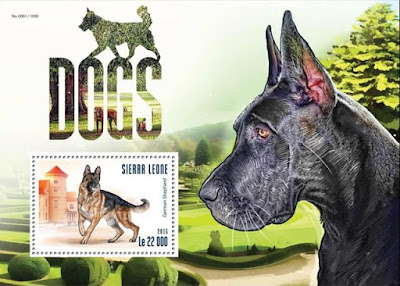 Meanwhile the items inscribed "Solomon Islands", with a stated date of issue of 25 September 2015, again make up an "issue" of 10 "sheetlets" each of 4 different "stamps" and 10 "miniature sheets", again each item limited to an edition of 1000. The subjects featured are Trains, Birds of prey, 50th anniversary of the 1st space walk, 70th anniversary of the liberation of the Auschwitz concentration camp, Niccolo Paganini, 70th anniversary of the United Nations, Rotary in The Solomon Islands, Mahatma Gandhi, Football and....oh, yes...Polar bears. How I long for the day when I can pay a visit to the South Pacific and witness for myself the noble polar bears of The Solomons at home in their native habitat! Or not as the case may be. Rating:- 0.
Someone at Stamperija must have a thing about polar bears - they keep turning up on the agency's products no matter how inappropriate the name of the country which is printed on the item. I suggest that Stamperija tries to persuade the Norwegian Post Office to allow it to produce philatelic items with the name of Spitzbergen printed on them - that way no-one could complain about the depiction of the agency's favourite animal on their products. 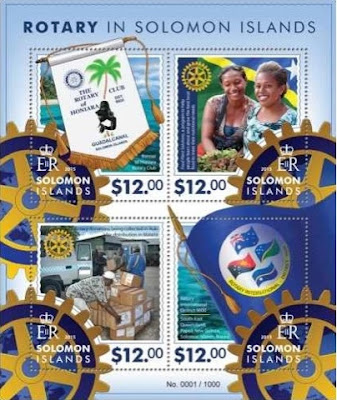 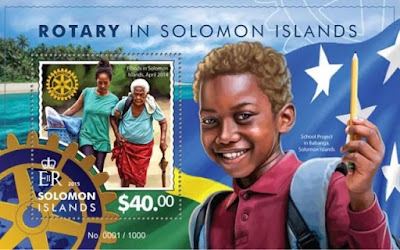 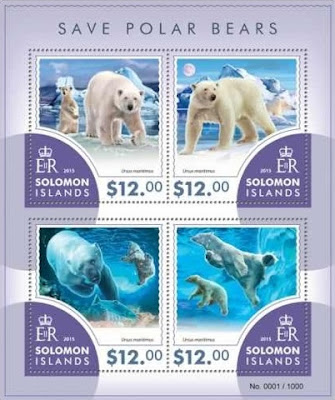 Pos Malaysia will issue a set of 4 stamps and 1 miniature sheet on 17 November 2015 on the subject of Islands of Malaysia. Rating:-***. 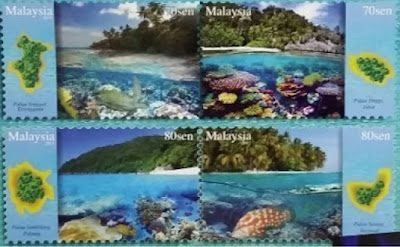 Royal Mail kiosks dispensed another 24 new Post And Go labels at the Salon Philatelique d"automne held in Paris from 5 to 8 November. Four different basic label designs were used, just as they were at the recent stamp fair in Sindelfingen at the end of October:- Union Jack, Machin Head, Heraldic lion and Poppy - giving us a total of 48 new labels in the space of about 1 week. It's as though Royal Mail has realised that the game is up for Post And Go labels and it is trying to squeeze the last bits of profit out of the items before the bottom completely falls out of the market, Well, that's business I suppose.