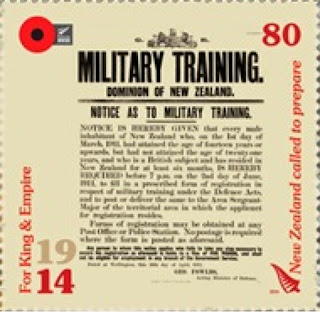 New Zealand Post will issue an excellent se-tenant block of 6 stamps on 23 July 2014 titled "For King And Empire" to commemorate the centenary of the beginning of the First World War. The set is very similar to the Royal Mail issue which was described in Blog 382. The stamps were designed by Strategy Design And Advertising, Wellington and lithographed by Southern Colour Print.
The designs depict a poster calling men to prepare for war by participating in military training (shown above), Lord Kitchener, the proclamation of 5 August 2014 that as part of The British Empire, New Zealand was at war with Germany, Melville Mirfin who signed up to join the New Zealand Army on 5 August 2014, a pre-war family portrait of the Mirfin family which includes all the young men of the family who would go to war and the departure of The Limerick, one of the first troopships to leave New Zealand with the first troops aboard:- 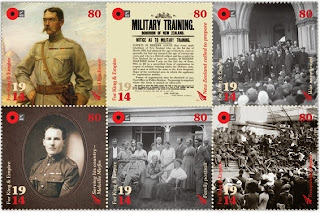 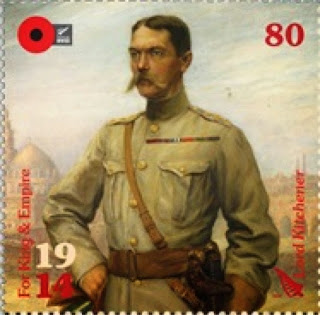 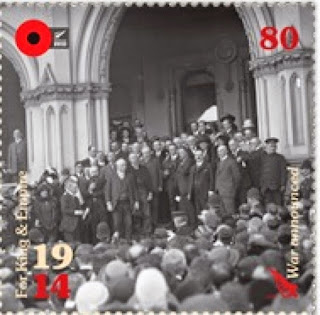 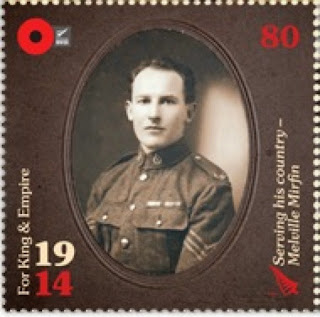 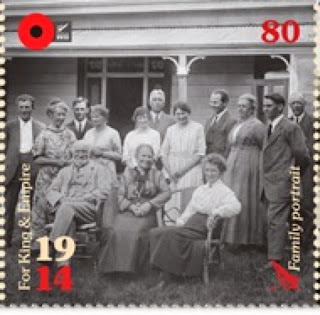 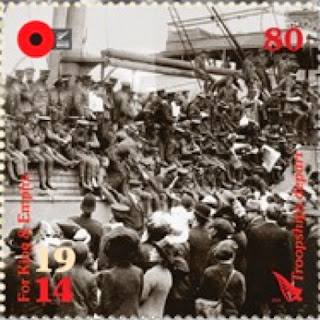 In addition to the se-tenant block of 6 x 80c values, four other values will be issued (2 x$2.00 and 2 x 2.50c) included in a miniature sheet of all of the 10 stamps. The remaining four stamps depict a troop training camp in Canterbury, "the home front" - Karaka Bay, letters from troops in Samoa which was captured from the Germans as New Zealand's first campaign of the war (Melville Mirfin was one of 1135 New Zealand troops who were sent to Samoa) and New Zealand troops in Egypt:- 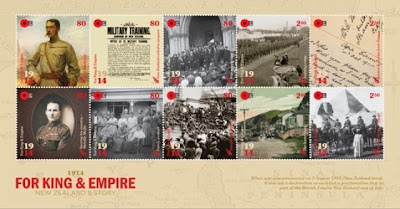 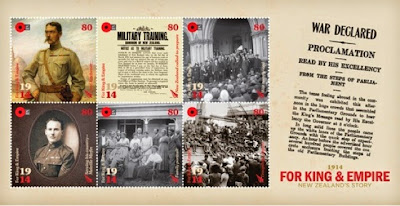 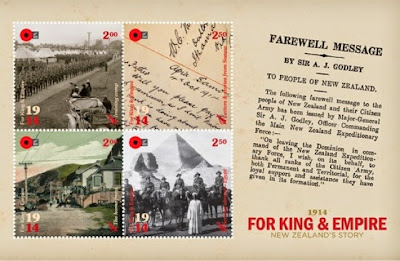 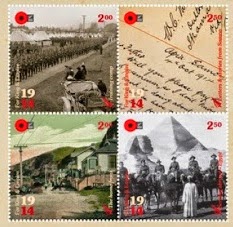 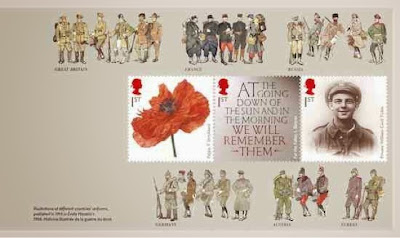 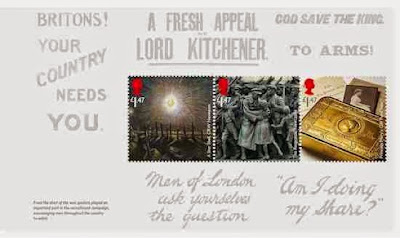 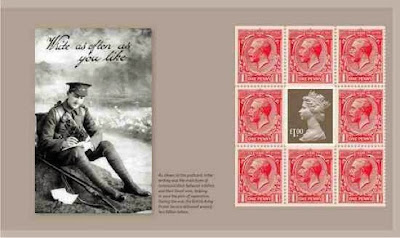 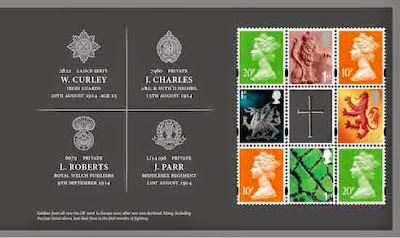 I contrast these two excellent issues which commemorate the centenary of the beginning of this terrible war with the the products produced by the Stamperija philatelic agency which are also linked to the same anniversary. These products are those which bear the inscription "Mozambique" and consist of the usual sheetlet of 4 "stamps" and 1 miniature sheet. I mentioned these items in Blog 427 originally:- 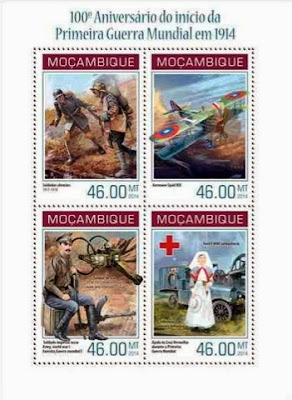 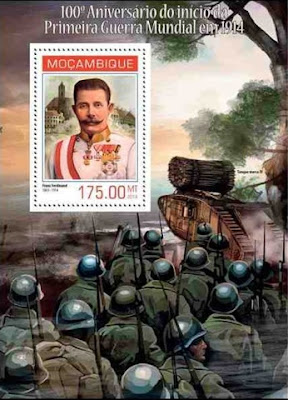 From 2007 to 2010 Ghana issued a number of surcharged stamps in a revised currency. Some of these are rarely to be found offered for sale but I noticed one on cover recently on one of the Internet auction sites - it is the C18 value of the set originally issued on 1 August 1985 to commemorate the Moslem festival of Id-El-Fitr with a GHc0.30 surcharge applied in black:- 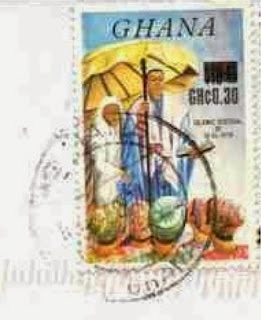